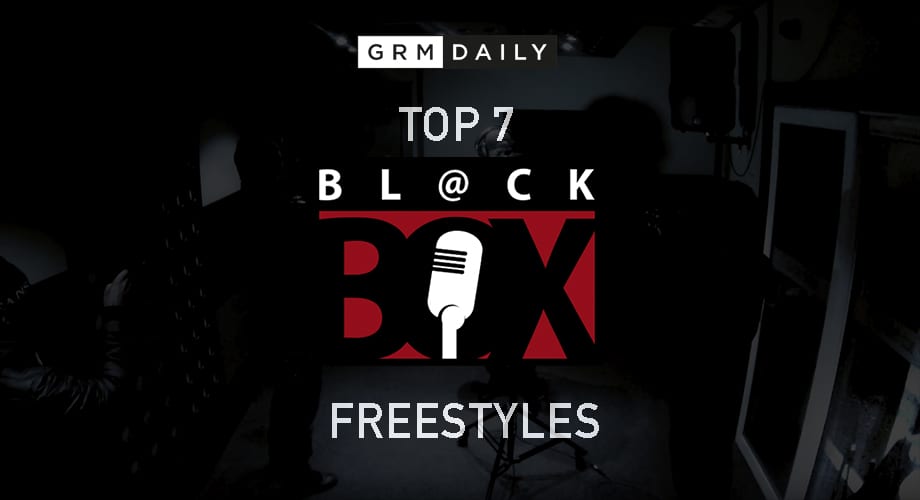 With the internet ever-evolving around us, there has never been more platforms to showcase and discover new talent, especially when it comes to music.

One such platform that has consistently put on for the up-comer is [email protected] With a growing alumni of under-the-radar artists, who appear on their freestyle series before going on to do huge things, they’re really setting the standard for breaking new MC’s.

Their eye for discovery is undeniable. With that being said, we’ve decided to round up 7 of the best [email protected] freestyles in one place for your viewing pleasure. With no disrespect to anybody excluded from the list, these are just a handful of what we believe have been the best in quality and impact.

So in no particular order…

Poundz easily wins a well-deserved spot in The 7 Best [email protected] Freestyles, with a complex flow that switches up from one verse to the next, all the while challenging us to keep up with him.

Slipping easily from London slang to Jamaican, Poundz wins our undivided attention throughout, spitting: “You was always chilling on your block. I was getting money putting figures in my socks. You was always bumming, you’re living off of mummy, grown man like you go and get a bloodclart job.”

Poundz returned to [email protected] this year for a second round of fire over the “Pied Piper” instrumental, which you can listen to here.

Dave shares chilling stories of Streatham violence in his powerful [email protected] freestyle, which turned a lot of heads and saw him make major headway in the scene last year.

Reminiscent of Klashnekoff in this freestyle, his steady rhythm and carefully selected words provide meaningful insights into his life, which is refreshing and compelling in an arena which can otherwise get distracted by materialism.

At just 15 years old, Young TY shows great versatility by spitting over hip hop and grime without falter. It’s this young West London MC’s hunger for recognition and success that has seen him fight his way into the [email protected] top 7 freestyles.

Make sure you check out Young TY’s Get Rated freestyle exclusively with us here.

Still relatively new to the scene, Tottenham-born Abz looks like anything but a novice as he blesses the mic with this epic [email protected] freestyle.

Spitting raga flows over a trap beat, Abra Cadabra marries the two   so comfortably it sounds like the beat was made for him. He switches the flow several times throughout the freestyle, backed by clever rhyme schemes and a Giggs-style tone. Watch out for continued success and recognition for Abz this year, an artist who undoubtedly has a lot more in store for us.

Far less light-hearted than some of his later work, East London’s J Hus brings fire to his [email protected] freestyle, with a fierce delivery that blows others out of the water.

“I’m stuck in the scene that destructed my dreams”, J Hus spits, whilst maintaining that he’s still patient for what’s around the corner. He goes on, “Devil took my soul away, all mummy does is hope and pray. I’m sorry that I let you down, might not make it home today.”, leaving us with no option than to listen intently, and that is certainly what has propelled him forwards to where he is today.

Early on in [email protected] days, Potter Payper got called in front of the mic. As he does, man set off the booth, helping to catapult the channel to the levels it’s achieving today.

Six months before he dropped his internet applauded mixtape ‘Training Day’, performances like this showed why Potter was the one to watch in early 2013.  Early on in the history of B[email protected], they bought Potter along, showing the eye for talent the platform has been blessed with.

Shortly after his mixtape, he dropped out of the game for a short hiatus for personal reasons before coming back in full force. Since 2015 when he dropped the ‘24’ project, the man has gone from strength to strength. If comments under his B[email protected] set is anything to go by, a second collaboration would be well received in the booth.

[email protected] have always had their ear to the ground and it’s what has set them aside as an authority for emerging talent on the scene. Berna is relatively quiet on socials. His SoundCloud’s only got this recording perched there. Where other artists flood their cloud with tracks which are substandard, Berna’s bide his time and released a recording which is pure energy.

BL[email protected], as they do, have found his poignant flow from the sea of shouting amateurs. Going in with some biographical bars, he gives the camera his history over Drake’s “Summer Sixteen” followed by “Nutty Violins”. Another thing, man’s just 17 and at the start of a career which we can see making this [email protected] debut another legendary recording

Do you agree with our 7 best [email protected] freestyles? Get in touch and let us know @GRMDaily.