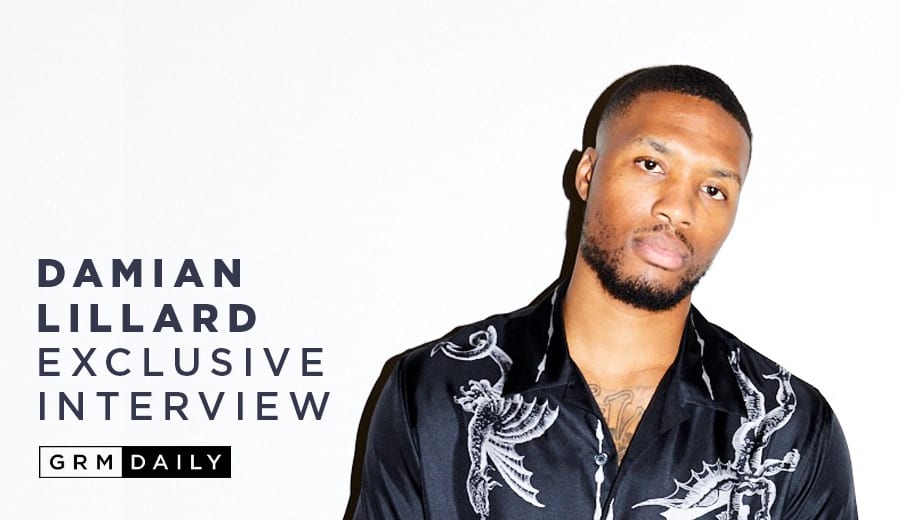 The release of the latest in the instalment of the NBA 2k franchise 2k21, is only months away and with a new game comes a fresh cover star athlete. 2k games have become known for selecting NBA stars at the top of their game to feature as the face of their games and this year, the torch is passed to the one and only Damian Lillard A.K.A Dame D.O.L.L.A.

Following in the footstep’s legends Paul George, Steph Curry, James Harden, Kevin Durant, Lebron James, and Michael Jordan, who have all graced the cover of NBA 2k, it seems only right for Lillard to make his appearance; 8 years deep into an illustrious career in the NBA.

The Portland Trailblazer has consistently proven, since his rookie year, to be a dominating force in the league being named an NBA all-star on 5 occasions and has the 5th highest points per game record of the current 2019/2020 season. GRM Daily were provided with the amazing opportunity to speak to Dame ahead of the release of the new 2K game and the restart of the NBA season.

As previously mentioned, only the best of the best receive the call up to be on the cover of one of the most popular basketball games of all time and it clearly means a lot to Lillard to be selected:

“Looking back at the history of the game; Allen Iverson was on the first few covers but then from that point on, each guy that was on the cover was in a great part of their career or had been a legend in the NBA, so to be in that company, is a pleasure and an honour”.

The point guard also spoke on his own abilities in the game and how he ranks himself against his fellow NBA stars stating humbly:

“I probably rank somewhere at the bottom man, I’m kinda terrible but I’m good at my career. I like my career, going through the whole draft process, that’s like my favourite thing to do on there. I recently started playing in the Park because my cousins basically forced me to do it”

He spoke further about the game; discussing his personal rating on the game,

“I think my ratings have been cool, maybe the last couple years could have been 1 or 2 up but I’m not mad at where I’m at”. However, he mentioned previously he was not as content, “like 3 years ago I used to be like, damn! How’s he at 90, I should at least be at 91 but I was never trippin.”

Many fans of Dame will know that as well as a successful basketball career, he has also been carving out a career as a rapper, and has proved himself to be levels above many of the basketballer/rapper’s that have preceded him.

Rapping under the name Dame D.O.L.L.A, he released the full-length project Big D.O.L.L.A. last year and has remained active this year with the release of singles, “Home Team” and “GOAT Spirit (ft. Raphael Saadiq)”.

Due to this unique skill set, Dame has recorded two exclusive tracks for the NBA 2k21 soundtrack and he provided some details about one of the tracks called “Did to It”. “This track (“Did to It”), is with one of my artists on my label (Front Page Music), Brookfield Deuce” he stated proudly, but Dame was much more secretive about the second track. “the other one is a surprise, so I’m gonna let that one breathe for a bit. That’s the one”.

Delving deeper into his future music releases, Dame spoke about his increased productivity during the quarantine and discussed some upcoming collaborations.

“During the quarantine me and Lil Wayne did something. I’ve done stuff with a few Oakland artists and I did something with Shaq [Shaquille O’Neal]”.

Lillard and Shaquille O’Neal recently had a mini rap beef with songs going back and forth, so Dame explained how it was only music-based explaining “It wasn’t personal man”.

We also quizzed him on his knowledge of UK rappers to an unexpected response: “21 Savage is from the UK man, {laughs}, but most people don’t know that Slick Rick was from the UK too”. But the Oakland, California native did show an openness to discovering more artists from the UK stating: “I just need names man”.

Coming back to Basketball, the NBA is set to restart on 30th July after the hiatus due to Covid-19, and although very positive about getting back on the court, it was clear Dame had some reservations.

“That’s what I do for a living so I’m excited to play. It’s just a level of concern about all of our health and safety. I know the NBA is doing their best to keep us all as safe as possible, but it’s hard to be 100% safe”

Lillard also discussed the recent protests against racial inequality and police brutality after the death of George Floyd and its effect on the restart.

“The fight with that going on, a lot of us have our mind and hearts in that fight right now, so going back to play and entertain feels like you’re kinda caught in the middle, we want to raise as much awareness as we can from the NBA bubble”.

NBA 2k21 is set for release on 4th September 2020 on PlayStation 4, Xbox One, Nintendo Switch, Microsoft Windows and Google Stadia, with the game to follow on PlayStation 5 and Xbox Series X when they launch.