GRM Exclusive Interview: What’s the next chapter in the Klashnekoff Sagas? 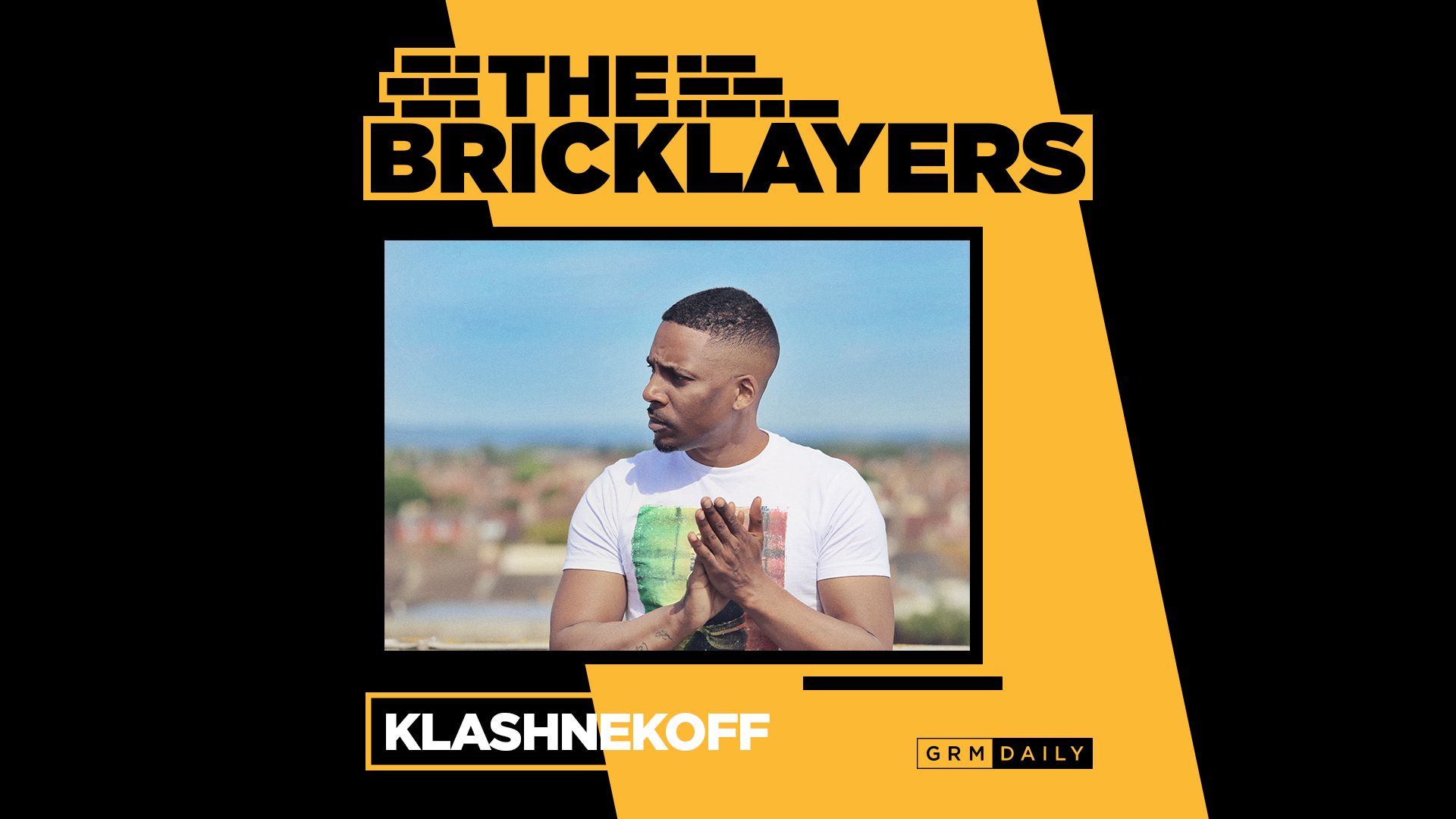 The year is 2004, the inquest into Princess Diana’s death is all over our TV screens, Arsenal have etched their name in the annuals by becoming the first ever team to win the Premier League unbeaten, and Kanye West’s legendary debut album College Dropout is dominating the airwaves.

Elsewhere, the UK grime scene had just begun to reach beyond its hyperlocal borders for the first time, with Dizzee Rascal’s blockbuster debut Boy in Da Corner winning the Mercury Prize a year earlier, in 2003. Just beneath the surface of these mainstream shockwaves, another rumbling could be heard emanating, once again, from the depts of East London; which threatened to change the landscape once more. The source of these tremors was another incendiary debut, this time coming from Hackney native Klashnekoff’s The Sagas Of…

The album housed some classic material, with the lead single “Murda” undoubtedly being one of the most iconic UK hip hop tracks to date. The track is a five minute lyrical assault from Klashnekoff, who’s listeners quickly learned was aptly named, as his penchant for rapid fire onslaughts weren’t too dissimilar from his namesake.

Another trait Klash shares with the Russian assault rifle is his versatility, The Sagas Of.. saw him tackle various musical terrains with aplomb – whether its delivering melodic hooks on the Lewis Parker produced “Zero”, or providing astute social commentary over melancholic string infused boom bap on “All I Got”; Klash proved early on in his career that he had many arrows in his quiver – something which he’s still keen on highlighting: “I’m not just a one trick pony, I’ve got songs where I’m singing the whole hook, I got songs where I’m on some black Rod Stewart shit! I love fucking around with different voices and different sounds; I’m not really afraid to experiment”.

These experimentations wouldn’t go unnoticed, The Sagas Of…along with 2005’s Focus Mode would make Richter scale needles jump off the page, as record label execs scrambled for Klashnekoff’s lucrative John Hancock. But being a firebrand both on and off wax, Klash refused to sign: “I was speaking against so many of the gatekeepers back then, and calling them out on a lot of things. I got a Tupac spirit bruv, I’m a loose cannon, I have to say my truth.”

The gatekeepers of yesteryear wielded far more power than they do today; without platforms like Youtube or DSPs, and with social media very much still in its infancy; taking your music to a mass market was only really possible if you had the machine behind you.

The infrastructure present today, is a luxury that the artists who decided to go independent 15 years ago had to go without. Independence would be a decision that Klash wouldn’t take lightly. Determined to capitalise on the organic buzz he had built with his first two projects, Klash would continue to release lyrically dense bodies of work, following up with a string of critically acclaimed projects – Lionheart: Tussle With The Beast (2007), Back To The Sagas (2010) and Fuck the Long Talk (2012); the latter was originally meant to be hosted by DJ Whoo Kid, in the same vein as Skepta’s Community Payback mixtape.

It’s now 2020 and chaos reigns supreme. The Tories have just won their biggest landslide victory since the 1980s, and we’ve seen UK grime and rap music (and its many offshoots), become the leading genres in modern day pop music, bringing an end to the titanic reign of the indie band.

It’s also been seven years since we’ve really heard anything from Klashnekoff. The silence has been deafening. It seems unjust that one of the bricklayers wasn’t around to eat off of the table in the house they’d helped build, its especially poignant when several of Klashnekoff’s contingent are seated at this very table.

As fans we’re left wondering what could have possibly gone wrong, when at one point in time Klash was hurtling towards the mainstream promised land. Life outside of the studio took its toll, and consequently the music suffered. Honouring the age old code of omertà  Klash says: “life took over, I couldn’t do both, I couldn’t focus on music. Life got so real it took me far away from music.”

The splintering of his crew Terrafirma was no doubt one of the tumultuous events the rapper was faced with; as well as the lack of support of a proper management team. Klash quickly became a rudderless vessel, and before long things would come to a grinding halt. Klashnekoff’s situation proves that sometimes, good music isn’t always enough to succeed in the unscrupulous world of the music business, and Klash’s account of his early liaisons paint a grim picture for what awaits those who venture into this wilderness ill-prepared:

“When I’ve come into the game from the roads, I wasn’t really clued up on the rules the game was played by, and if you haven’t got the right team around you, you learn the hard way, and that’s through fucking up. Consequently early on in my career I was finessed and robbed a lot with regards to business”

Thankfully, this is now water under the bridge, and Klashnekoff’s resolve and tenacity have seen him determined to turn his life’s turbulent experiences into literary concoctions which will unlock the gates that have kept him at bay for so long. These alchemical concoctions have taken the shape of Iona; Klash’s first full length release in seven long years. Although the wait has been lengthy, the timing couldn’t be more perfect.

With social media levelling the playing field for independent artists, and the scene as a whole going through a purple patch – Klash’s music has the best chance it’s ever had of reaching previously unattainable heights. Despite time and technology remedying many of the industry inflicted maladies on Klash’s trajectory, external factors have once again proved to be a stumbling block.

Tragically, Klashnekoff’s mother passed away which understandably plunged his life, and the recording process into chaos:

“I was very low during the recording process. I was fighting many things at once. I was trying to find finances to bury my mum, find finances just to live. It was a struggle, a real struggle; most of the other albums I’ve made have probably been a bit more fun, a bit more exciting.”

Finding himself in these dire straits, Klash used this powder keg of emotion and distilled it into 14 tracks that attempt to crystallise and make sense of the head space he was in.

From the moment you press play on Iona (Klash’s Mum’s middle name), the album plots a course through the synapses of a man over encumbered by a complex web of emotions. Whether it’s the potent dysphoria laid bare on “Freedom” or the troubled ruminations over the beautifully crafted instrumental on “M.B.K” – Klash covers a lot of ground throughout the 40 minute journey that Iona takes us on.


Making good music was never the problem with Klash, it has always been the elements that surround the creative process that have been obstacles to his progression. Klash promises that things will be different this time round:

“I’ve got a team around me now, so we can make plans for next year and I’ve got the team with me that will help them come to fruition. Before I had plans, but because I didn’t have the right people around me they weren’t always executed right, I’m a musician first and foremost so I’m about just making the music.”

With the current state of the game, Klash having the right team and of course the quality music; there is real hope that the alignment of this holy trinity will finally allow Klashnekoff to ascend. Speaking candidly on his return to music Klash says:

“A lot of my motivation [Behind my return] is to solidify my legacy, to complete the full cycle of the artist. You know come out underground and underrated, and achieve success whatever that means for the individual. To have my story told, I dont want no one to write me out the history books”

This holy trinity will hopefully ward off the demons of Klashnekoff’s past, and ensure that he’s finally able to take his rightful seat at the high table.