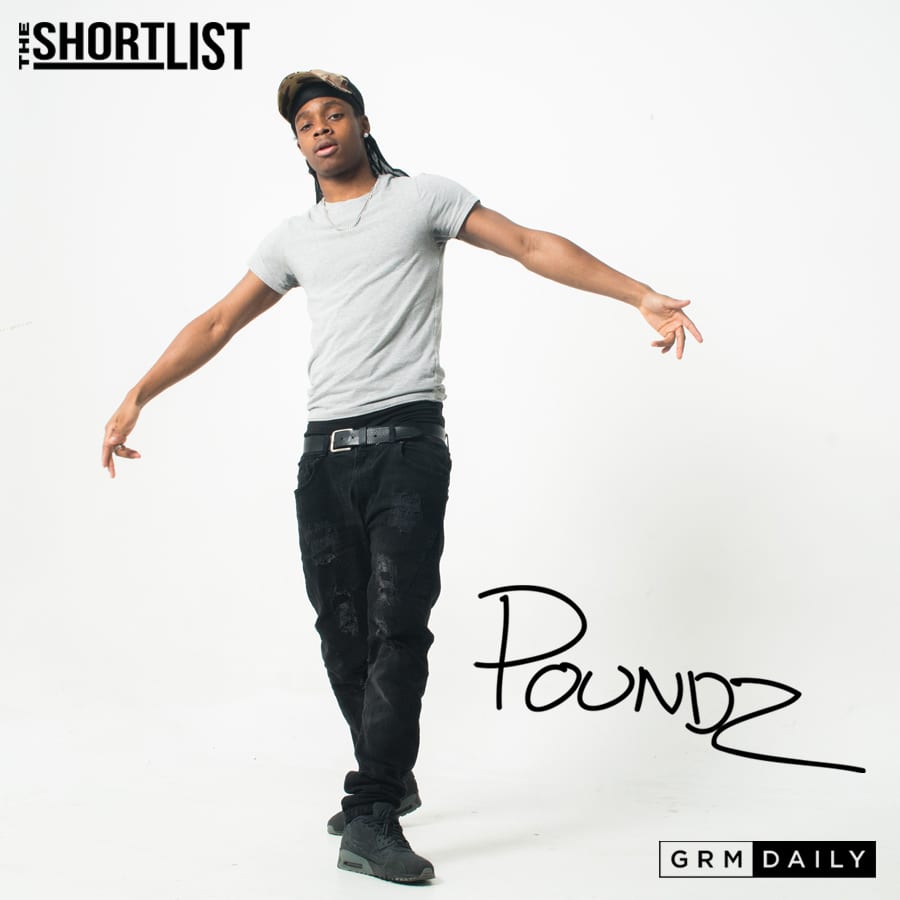 Featuring the hottest MC’s, rappers and artists that you’re going to be hearing a hell of a lot of over the next 12 months and beyond. From rap to grime, R&B to drill, there’s a flavour for everybody on our new album.

Handpicked by us at GRM Daily to create some original music, we’ve brought together the UK undergrounds freshest talent into one place, just for you.

This is the future of our scene and we’re over the moon to be able to provide this platform for them.

The album is out now across all streaming platforms: iTunes, Apple Music, Spotify. While you get familiar with the music, we thought it’s only right we start introducing the key players from the project.

Kicking things off, we’d like to introduce you to Poundz.


Firstly, what ends are you from?

What inspires you to do music?

The feeling of being on stage in front of thousands of people is something mad for me. I always think like “rah, that can be me” you know what I mean?

So what are your goals for the next year and 5 years?

For the next year, I’m trying to get myself so well known that I don’t have to introduce myself. As for the next five years, I just want to making a lot of money from it and be comfortable. I just want to do what I enjoy doing, and this is all fun for me.

In the UK, Stormzy is an obvious one. Worldwide, it’s tough, because I listen to loads of different genres, so it’s hard to pick.

With your first cheque in music, what will you spend it on?

Depending on if I had enough, the two main things I’d buy would be a sick car, and then to get my mum a nice place to live in.

Taking it back a bit, what’s the first CD/MP3 you bought?

I think it was Nines – Loyal To The Soil.

Top 5 MCs of all time in the UK

What has been your most significant track/freestyle so far?

100% “Skengman Poundz” which was on GRM Daily, that one flew off when it first came out.

In the next few months, what have you got planned?

I’m gonna release a quick mixtape. Then an EP with a few surprises from me, with different styles