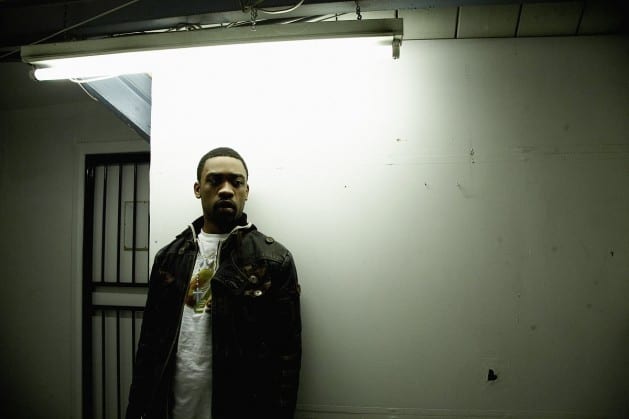 In case you missed it, Eskiboy’s life story is coming to a bookshelf near you.

Wiley is working on an autobiography with publisher Hodder & Stoughton, who have published the likes of Alex Ferguson and John Grisham, and claims the book will be followed by a film and soundtrack. Big moves as ever from The Godfather.

Wiley’s illustrious career has spanned some twenty years and been peppered with monumental moments and many a madness. This book is his opportunity to relay those episodes in a level of detail that would be impossible in interviews or songs. As one of grime’s most distinctive and charismatic characters, with a bag of anecdotes up his sleeve, we are really hyped for Eskiboy’s venture into literature.

Without further ado, then, here are ten things we are desperate for Wiley to delve into in his upcoming autobiography.

As a big man in the scene from early, Wiley has seen it all. He was right there when grime wasn’t even called grime yet on pirate radio and in the midst of clashes with Dizzee, Titch and Kano. We want to hear about those early days and how the scene got up on its feet. We’d also like to hear about his trim back in them times there…

Remember back in 2006 when Wiley went on Rinse and beefed listeners over MSN, called God’s Gift a donut and sent for Logan before getting moved from the mic by an offended God’s Gift and crew? It made for epic radio, and we want the deets.

In his NFTR video, Wiley discussed how his tendency for being a no-show for videos was down to insecurities he has about a scar on his face. He said the scar was due to his face getting slashed after an altercation with an aspiring MC. Wiley, we want to know more about that, and reassure you that it’s not obvious (please do more vids).

If there’s one thing Wiley has made abundantly clear over the years, it is that no-one controls him. Not his manager, not his label, not no festival. On the eve of putting out his album ‘The Elusive’ back in 2010, Wiley got vexed, cancelled the ting, and released 200+ songs for free on ‘Zip Files’ due to a row with his manager (more of that below). We want to hear what led the Godfather to sack off his lucrative deal and up his middle finger before the leak.

Poor John Woolf – ex-manager of Wiley – has had a bit of stick from the grime don over the years. Up there with Wiley’s most abusive (and crease) shots at his manager are:

“John Woolf I Am Gonna Get You I Promise 1 Day You Will Pay For This You Tramp I Hate You”
“John Woolf You Are The Worse Manager I Advise Artists To Stay Away From John Woolf He Does Shit That You Would Want To Kill Him For Believe Me I Want To Kill Him Amongst Others If He Was Infront Of Me Now I Would Empty A Whole Clip At Him”
“Dear God Please Strike John Woolf Down”.

He has also stated that if he hadn’t been tweeting he would have been kicking down Woolf’s door and smacking him up, while also claiming he quite likes the man! Please, Wiley, fill us in on the love-hate ting.

6. That pregnancy and those tweets

The legendary MCs best twitter rant, however, was surely in the case of ‘Wiley Vs Alleged Baby Mother’ last year. You may remember the tweets:

“If you see how this girl is telling me she is gonna bang all my friends she gonna bang fekky she gonna bang bugzy Malone FFS Dear god help me”
“Gyal go and do what you Want I am not with u and I never was you are just acting like you have won the FA CUP cos ur pregnant for me.”
“Listen mate I’m getting old I didn’t kno I even had any live shots . I thought I ran out lol”
“She thought she found 100 years supply of oil when she realised she was pregnant for me. This is not good”

Wiley spoke on the situation over on NFTR, but we want to hear all the gritty clear-blue details.

The friendship merry-go-round of the grime scene never seems to stop, and Wiley has taken many a trip on it. He has had ups and downs with the likes of Skepta, Ghetts and Krept and Konan to name a few, but also shown his love to them on numerous occasions. We are curious about his bipolar feelings on people in the scene – we want to know the ins and outs of his rivalries, opinions and relationships. Break down that Movement beef – was it all healthy competition?

8. Getting coined and bottled on stage.

Next up in the Wilography of controversies is ducking off stage after 15 minutes from CockRock festival in Cumbria. We want to hear about how it feels to be bottled and coined by a crowd when you are the don of a scene, and how hard they pushed him for that money back when he very publically refused the refund.

9. The best of his online ads…

There was once a time when Wiley was into advertising. As with his music, however, Wiley’s ads were not like any others. The Godfather opted for the makeshift, personality-sells-products type flavour, and damn they were good. What inspired the ads? And which is best? We want to know!

And then of course there is Diz. The superstar came up in Wiley’s Roll Deep Squad but since ‘Boy In Da Corner’ has disassociated himself with Eskiboy. On tracks and interviews, Wiley has sought to rekindle the once fruitful partnership, but recently acknowledged that the void is probably now too far to rekindle. In his interview with Twin B, it seemed Dizzee still had feelings about the situation, and he stated that there was a great deal of stuff that had not been revealed. As two of the pioneers of the scene, we want to hear it all from Eski himself. Wiley, if you are reading this, please give us the deets.