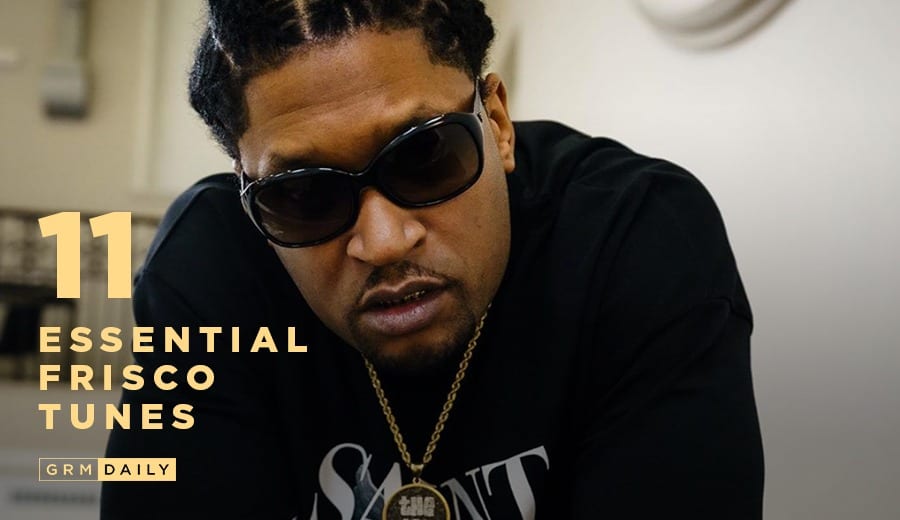 When Boy Better Know’s Frisco linked up with D Double E and Ghetts for hit record “Colours” back in July, the world was expecting the announcement of his third studio album.

But behind the two albums from the North London MC, the list of content from mixtape drops has produced one of the most under-appreciated catalogues of music that the UK has to offer. We first saw Frisco in the video of the Skepta-produced “Private Caller” in 2004, and since then he has dropped off consistent anthems that continue to hold the same replay-value years on.

However, aside from the mixtapes and albums that we enjoy, Frisco has shone a light on the grime scene since the day he first touched a mic. From the Frisco, Skepta, Calibar and, Too Real SBTV cypher in 2009, to the latest drop “Red Card”: a record that arguably helped revitalise Skepta following his impressive verse on D Power’s “Sniper”; grime music has continued to be blessed by the pen of Frisco.

Now with the announcement of his new album, The Familiar Stranger, we had to look into 11 of the essential tracks you need to hear before diving into the fresh content.

Jumping deep into the third edition of the Back 2 Da Lab projects, “Man Down” sees the grime emcee deliver a double-time grime flow over a steady boom-bap production. Using his aggressive assertiveness throughout, Frisco lets us know why he is ‘top three’ in the grime scene. There’s a whole lot of confidence in this one, leaving a lot of competitors shook.

Hopping into the iconic Tim Westwood freestyle arena, Frisco gives us the flows in this one, diving onto a variety of instrumentals where he proves his versatility. Kicking off with a solid grime flow, the 140bpm is soon cut as the second lyric sees him jump into the rap world.

In 2016, Frisco broke one of the biggest boundaries of its time. Jumping onto American-based YouTube channel, Complex, this record proved to be one that caught the attention of many across the pond. Without compromising its sound, “Them Man There” captures British grime culture to its fullest, complete with heaps of wheel-up value.

“Deal With The Matter” ft. Skibadee

One for the culture. Coming from his Fully Grown project, Frisco hops onto this fierce jungle beat with jungle legend Skibadee. The pace is of course kept at 140bpm, keeping things fit for the post-corona motives bathed in nostalgia.


Dropping on GRM eight years ago, this one came straight from the Back To Da Lab, Vol. 4 mixtape. Holding friendly competition between two lyrical veterans, a number of wheel-up-worthy lyrics are involved here as the pair let us know why grime could never be dead.

Showing that his pen game is more than lyrics fit for the radio sets, Frisco jumped on to a slower tempo with this one. From his British Nights album, we hear personal problems of growing up, having kids and, finding love. This one needs to be taken in.

Straight from the System Killer tape, the Skepta-produced “Raving Tonight” bristles with spontaneity and energy. Things are kept hook-heavy in this one, with critical verses from the three grime dons splitting the chorus up in full effect.

On the fifth edition of the Back To Da Lab catalog, Frisco enlisted UK rap chief, Skrapz, for “Presidential”. Hopping onto a steady rap production, the duo let us know how the music game has made life pretty lavish for them both.

One of the most iconic instrumentals, that often popped up during countless radio sets. Frisco, a young and hungry Chip, and flow extraordinaire Double S, all tear this instrumental apart, proving that they’re undoubtedly an incredibly deadly trio.

In 2012, Frisco hopped onto GRM to let us know about his love for Amsterdam and the quality of smoke he’s consuming. Jumping onto a slower-tempo instrumental than we’re usually accustomed to, Big Fris keeps the vibes flowing, while stating that only professionals are allowed if you’re going to smoke with him.

In 2009, Frisco dropped “Ignorant”. Keeping things strictly grime, the visuals capture the North Londoner on the mic live, before his wheeled-up record is taken to the strip, with all the BBK faces being spotted in support. There can only be one Frisco is the message here.

Be sure to add all the featured tracks to your playlists, and listen to the new Frisco alum, The Familiar Stranger below. 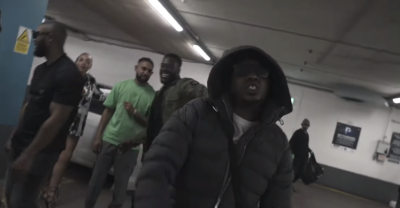