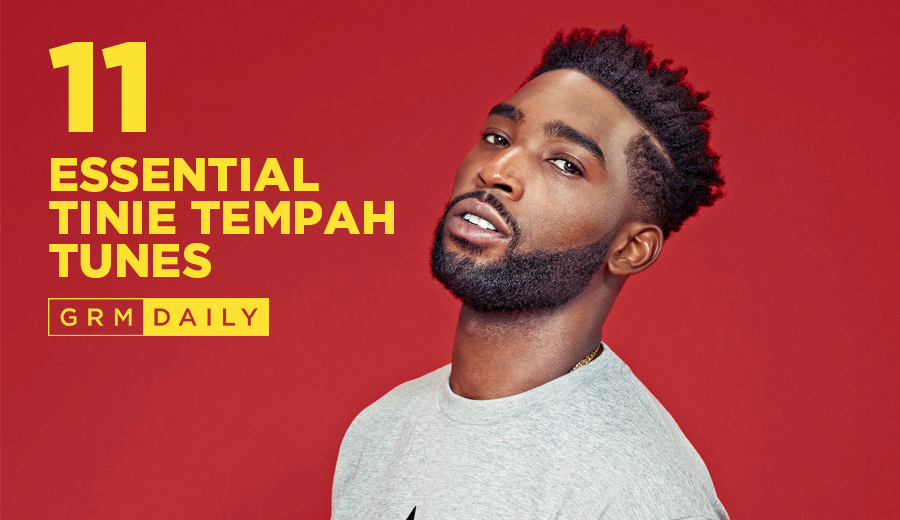 With “Pass Out” celebrating its tenth birthday, GRM Daily has taken a walk down memory lane to celebrate some of Tinie’s essential tunes over the years.

Tinie has had great success, and his trophy cabinet groans under the weight of his 7 number one singles, a number one album and numerous awards including Brits, MOBOs and the Ivor Novello prize for “Pass Out” back in 2011. It is fair to say that Tinie is undeniably one of the scene’s pioneers.

Fitting between the likes of grime’s first-class moguls such as Skepta, Dizzee Rascal, and Wiley, Tinie Tempah carved his own path, his unique lane which took him above and beyond the UK charts. Making his debut on Channel U, Tinie released “Wifey” that soon got attention. He built his early reputation through the sheer strength of his personal charisma that lives through his clever, witty and ultimately memorable bars.

Hailing from South London, Tinie has firmly established himself not only as a platinum-selling artist, but as an entrepreneur and fashion designer. His versatility as a businessman, and as a rapper has helped firmly establish himself as a global artist.

A true trailblazer, Tinie’s blend of grime with popular music made him one of the most successful British rappers in U.K. Chart history. With only ten UK rappers to have taken the number one spot, Tinie Tempah was one of the first to break the mould.

To kick off this listicle, we have to pay homage to one of Tinie’s first releases, “Wifey”. Released back in 2007, the track features a young T and his babes roaming around London while he woos her. The track produced by Flukes, has since seen countless remixes/refits by artists such as Yungen, AJ Tracey and Unknown T; proving just how pivotal the track with his influence still being felt over a decade later.

A year later, T released “Wifey”, 2008 saw him wanting to ‘bring grime back to the clubs b’ with his collaborative track “Tears”. Incorporating garage within the production alongside Cleo’s soft melodies, Tinie created the urban answer to a breakup song.

The track was written alongside producer Labyrinth who gave it an unexpected drum and bass ending. Back in November of 2019 Tinie explained to MTV: “This song is about getting so out of it that you pass out. It was literally just supposed to be a track on the album influenced by all the wild and exciting times I’ve had. But people warmed to it.”

The single spent a total of seven weeks in the top 10 while securing itself a total of 65 weeks in the UK Single Charts. Some of his bars from the track have lived on after ten years, with many still questioning if his clothes are still at his aunt’s house?

No one can forget the epic intro to “Frisky” as the pair build the anticipation. The track was Tinie’s second single taken from his debut album Disc-Overy.

It was important for Tinie to show the world he wasn’t just a one-hit wonder. “Frisky” most definitely proved all the doubters wrong as it charted at number two. With his infamous specs, T posed one of life’s greatest questions, ‘would you risk it for a chocolate biscuit?’.

A legendary intercontinental collaboration. Tinie calls in two of the hardest lyricists in the game, who both coincidentally share the same first name. Both Jermaine’s absolutely shell, and Tinie proves once again he’s got some serious bars in the chamber.

Dropping almost a decade ago, this has truly stood the test of time and is one of Tinie’s finest crossover tunes. You’re still likely to hear this tune being spun at raves the world over, as hordes of fans spit Tinie’s quotable verses back with gusto. If you weren’t convinced of Tinie’s versatility this will have allayed many doubters worries.

Tinie Tempah was quite obviously right with music being his destiny, as this track not only got him his second number 1 in the U.K., but also saw it peaking at number 12 in the billboard charts and attaining his first platinum sales status in the U.S. This affirmed that Tinie is not only a chart-topper but is versatile enough to incorporate elements of Rock with Turner’s vocals.


Another formidable collaboration from Tinie Tempah and production extraordinaire Flukes. This beat would become one of the go to instrumentals whenever MCs would go back to back on the airwaves. Hood Economics – Room 147: The 80 Minute Course was a meaty 28 track release from Tinie’s and cousin Dumi’s record label Disturbing LDN.

“100k” sees Tinie bring in some other lyrical heavyweights to share the mic with him; with the likes of Krept and Kones, Tinchy Stryder & G Frsh. The tune comes from the Happy Birthday EP released in 2011, featuring stars like Soulja Boy, Giggs and Big Sean.

This unexpected collaboration seemed to be the Yin-Yang we were waiting for as Wiz was pioneering over in the States with tracks like “Black and Yellow” and “No Sleep”, T was simultaneously making his mark across the European and U.K. charts. With the timing being perfect for both artists, the track saw Tinie take on a predominately hip hop track that paid off, becoming his second single to chart on the US billboards.

We have to surely finish on this one, released back in 2016 we saw the great return of Tinie after his hiatus. With a dance production courtesy of Nana Rouges, who was one of the masterminds behind Drake’s “Passionfruit”.

T truly lived up to his lyrics on this one as not only is he still rolling within the elite circles, he most definitely is a brand. Nana Rouges became Tinie’s first signing to his Imhotep publishing company after he heard Rouges track “Trapping Ain’t Dead” with Section Boyz.

With three studio albums, two extends plays and over 23 singles with 15 of those making it into the U.K. Top 10 alone, it is fair to say that we are more than ready to hear some new music from Tinie Tempah.