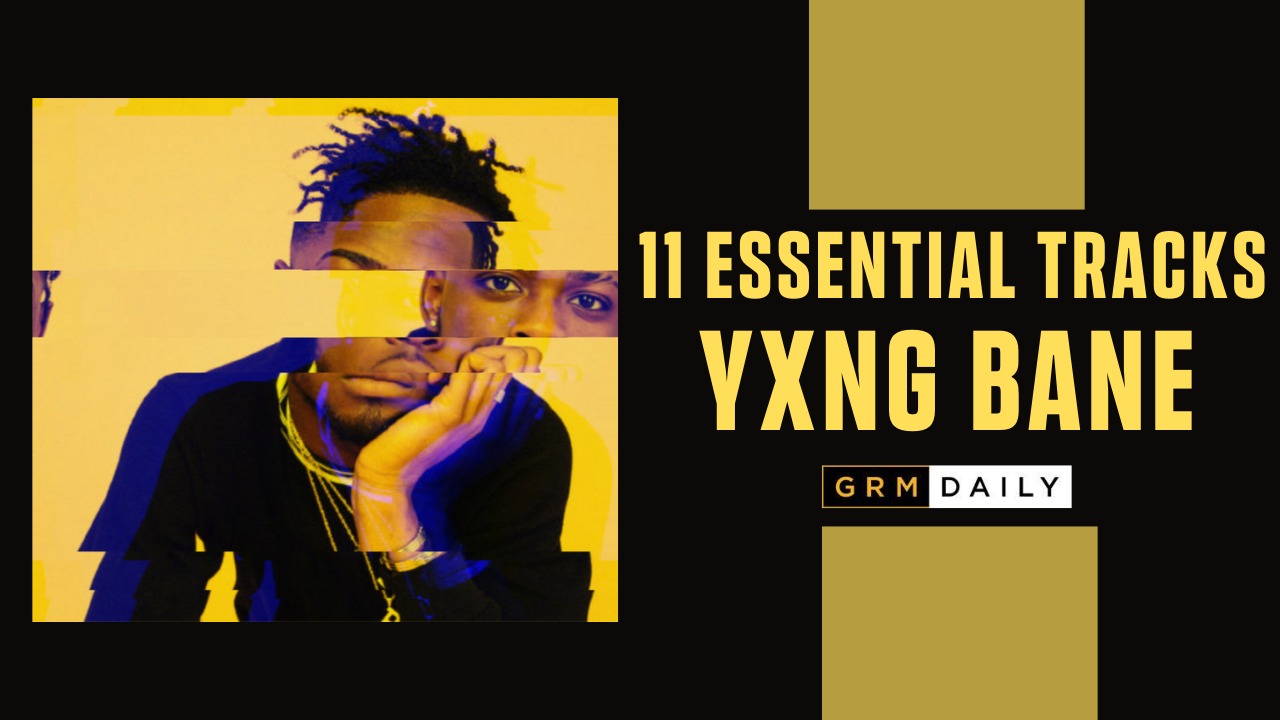 Mainstream popularity and cultural relevance: attained simultaneously by few and sustained over time by even fewer. It’s usually a question of which would you rather? But not when you’re Yxng Bane. He’s one of the few that can manoeuvre seamlessly between genres, capturing every corner of the UK’s musical zeitgeist.

The sounds in his discography range from the depths of drill and trap, right the way up to a more radio-friendly pop sonance; skipping nothing in between. Today, the 24 year-old East Londoner drops a new mixtape entitled Quarantime: The Lost Files boasting guest appearances from Kojo Funds, M Huncho, Headie One, D-Block Europe and G frsh.

To commemorate his success, GRMDaily celebrates his cultural impact, reflecting on some of his most memorable tracks to date.

The resounding theme tune of a triumphant underdog. Long before YXNG Bane would go on to reach the heights he always knew he was capable of, his poise and confidence was already exuding greatness.

An appropriate song title for an artist named after an infamous DC comic-book character, wouldn’t you say? But tokens and symbols aside, “Villain” is really quite an introspective track, referencing his love/hate relationship with the hood whilst revealing some deeper truths about his relationship with his father.

Reworking Ding Dong’s classic “Badman Forward Badman Pull up” reggae anthem, and infusing it with a more current Afro-Swing flavour, YXNG Bane & Kojo Funds created a classic of their own in the process. And although it’s a track that evokes a certain sense of nostalgia now, it is still very much alive and kicking.

Arguably his most successful solo effort to date, “Rihanna”, promotes an interesting blend of R&B and dancehall. It carries a sentiment that is a common theme of his music, but is super sensual in its delivery and far more intimate in its lyricism.

Pulling elements of pop, R&B and dancehall together, “Needed Time” tells the familiar story of a struggling relationship. Served up as the lead single for his HBK mixtape, the accompanying visuals artistically detailed the astronomical highs and despairing lows part and parcel of relationship life.

A fitting tribute to a Godfather of Atlanta trap music, Gucci Mane; Yxng Bane, Young Adz and Dirtbike LB all take turns to slay Nyge’s bass-heavy, rolling trap instrumental. The trio share a connection deeper than rap they say, demonstrated further by their effortless chemistry that glows whenever these guys get near each other.

“Put my hands together pray and then I feel strong, I just asked him for forgiveness and protection” – gratitude, the overriding theme of this track. Dropped days before his 24th birthday, he celebrates his successes in life whilst reflecting on some of the lessons he learnt during his less-fortunate times.

Unfortunately for Bane, this track seeped onto the streets way ahead of its intended release date. But it became a hit before it was even released! Maleek Berry’s rich vocal added another layer to the track, while Bane wowed us with this oozing swagger and calm.

Yxng Bane and K Trap are the unlikely paring we didn’t know we needed. What’s more, you never really know what you’re going to get from them either. But it was Bane’s undeniably catchy hook, Trapo’s usual serving of greaze and Nyge’s spacey production that proved to do the trick this time.

I couldn’t overstate the impact that Jamaican culture has had on the UK, most discernibly on our slang, food and music. “Vroom” is a direct product of these influences. Bane sings “who’s got the keys to the bimma” on the hook, borrowing from the legendary Beenie Man’s “Who Am I”. Further tinged by Pop, Hip-Hop and Afrobeats influences; “Vroom” is a real feel-good summer anthem.

Take in Quarantime: The Lost Files below right now!