GRM Exclusive: 11 Of The Most Outrageous Dutchavelli Youtube Comments 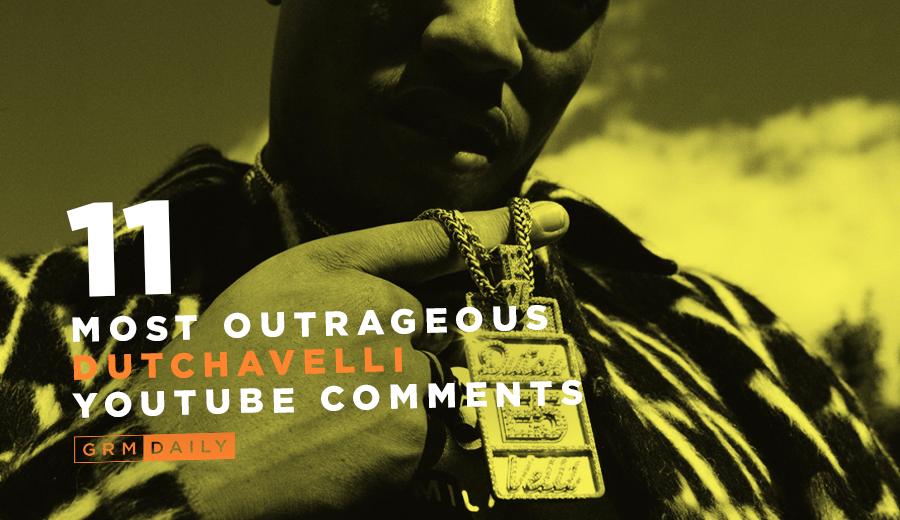 It has been an incredible year for Dutchavelli. His astronomical rise to the top has been nothing short of amazing to watch. Despite the global pandemic, Dutch has managed to forge a name for himself as one of the breakout artists of the year.

Releasing banger after banger, and with some insane visuals in tow, Dutch is not only the sound of the streets, but is quickly becoming more and more of a household name. Fresh off the back of three top 40 hits, fans everywhere are really taking to his debut mixtape Dutch From The 5th.

The East London rappers style and sound are so immersive, it has drawn fans from all over the globe. From his distinctive gravely voice, all the way down to his real lyrics that pull no punches and show no mercy, the energy and persona of his sound have turned him into somewhat of an urban legend.

That’s right, move over Ross Kemp, and who’s Danny Dyer? Does the Internet even remember Chuck Norris at this point? There is a new sheriff in town and his name is Dutchavelli.

The Twitter, YouTube and Instagram comments have been crazy and Dutch has been immortalised for being well…hard as nails. The comment section under a Dutch video is almost as entertaining as the videos themselves. So we decided to take a look at 11 of the most hilarious Dutchavelli comments on the Internet.

1. Here’s hoping he let’s us out by Christmas

2. That is of course if the virus survives

3. The legend of Dutch’s birth is a major talking point, we also hear he drove his mother to the hospital whilst she was in labour

4. We’ve not seen this error message before…

5. To the rest of us normal folks its a scam, but we have no doubt Dutch could get a Nigerian prince to cough up the cash

6. That could get expensive, not that Dutch needs to pay for anything

7. So instead of scared to death are we now scared to Dutch?

8. We have wondered what his secret to looking so fresh all the time is…Makes sense

9. Ever wondered what black air forces sound like? Alexa play ‘Only If  You Knew’

10. We don’t have details of the logistics of this one but equally this is THE Dutchavelli we’re talking about

11.  Apparently he can also turn water into Dutch. Not saying he’s the second coming or anything