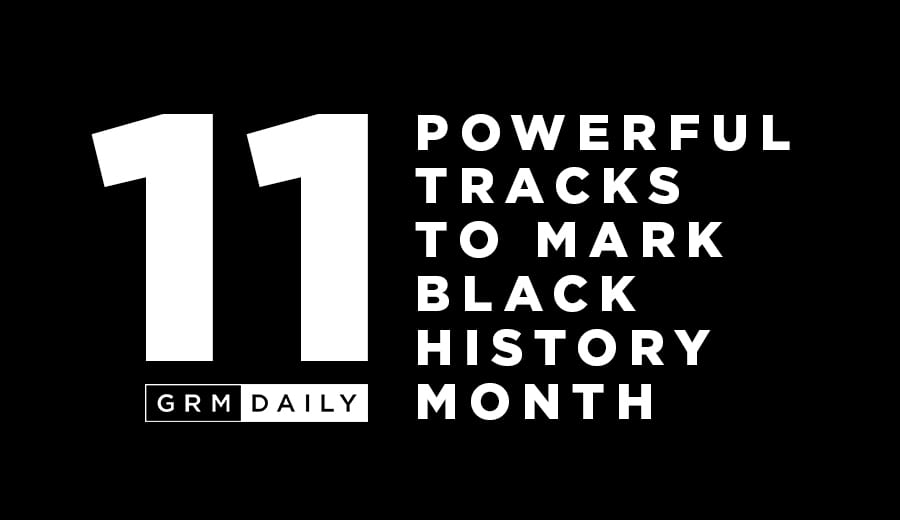 Psychologists and other experts have debated the impact of the negative representations of Black culture in the media not just on Black individuals themselves but also on other groups as it impacts how they are perceived.

There have long been forward-thinking individuals who have sought to challenge negative representations of Black culture in the media, and also those who have used their art to communicate issues faced in the community.

Looking back, life, when “Black Boys” dropped, seemed so simple. Channel U was in its heyday and championed UK rap and grime artists from all areas of the UK.

Produced by Naughty Boy and released in 2007, the track housed two powerful verses which Bashy used to celebrate the achievements of his Black peers. The positive and well-meaning track was the victim of backlash at the time as the celebration of his race, unfortunately, fell on ignorant ears who could not understand the message.

Despite this, the track went on to become one of the most historic and memorable tracks to come out of the UK scene. Directed by Bikini Films, the visuals for “Black Boys” are a positive and realist clip which showed Black boys of all ages vibing to the positive lyrics of the track.

At the time, the video for “Black Boys” was one of the very few representations in the media that showcased a large group of Black males away from typecast roles as criminals. For this reason, it cannot be disputed that “Black Boys” was an important moment for Black representation in British media. Bashy, we salute you.

Although released 12 years apart, Dave’s track “Black” echoed similar sentiments to Bashy’s “Black Boys” with its celebration of Black identity in both its lyrical content and visuals.

Unfortunately, times proved they had not progressed as much as we would have hoped and Dave too courted controversy for the “racist” track as critics labelled it.

Despite this, “Black” was well-received by those with the capacity to understand the message and the beautifully shot visuals directed by Nathan James Tettey, Edem Wornoo and Dave perfectly celebrated Black excellence and the beauty of our culture.

Dave called on several famous friends in the visuals including Raheem Sterling, Stormzy and Micheal Ward. Dave also celebrated his African heritage with beautiful shots of the varied continent and individuals in traditional dress.

While Bashy used his 2007 single to shine a line on all the Black brothers out there, 2020 saw ENNY and Amia Brave unite to deliver an empowering message to their Black sisters on “Peng Black Girls”. Filled with uplifting lyrics, the track embodies Black female empowerment and serves as a reminder of Black Girl Magic.

Despite this, we also hear ENNY dedicate some lyrics to the Black kings on her second verse before signing off with “When will we come together as a tribe and be what intended to be, I just wanna be free.”

“Peng Black Girls” was accompanied by a moving set of visuals which ENNY described as “an ode to being multi-dimensional”, adding “we can be classy cultured or ‘hood’ but there’s no right or wrong way to be a Black girl/woman.”

Colourism is an unfortunate existence which continues to push its poison into all aspects of life. Ghetts’ track “Black Rose” featuring Kojey Radical is an introspective and tear-jerking track which challenges the negative perceptions of dark skin which still dominate the mainstream media.

Dedicated to his daughter, Ghetts celebrates melanin and Black identity with his powerful poetic lyrics and flawless visuals which match perfectly. Directed by Netti Hurley, “Black Rose” articulately addressed a major issue and does so with class, beauty and precision.

In 2020 Ghetts released another powerful track in the form of “IC3”, linking up with Skepta to re-purpose the police-speak for identifying a Black person in Britain. The track hears Skepta speak on his decision to reject an MBE while Ghetts comes through with lyrics such as “Who would’ve thought back then/We’d be some powerful Black men”.

With hard-hitting lyrics which directly address racism, the slave trade and historical atrocities, “N*****” is a cautious track which explores some of the darkest moments in history.

Directed by Rick Frost, Swiss presents us with striking visuals that represent the worst recorded experiences of our ancestors. The track also explores the etymology of racial slurs and the word “black” which is represented as negative.

With dark lighting and relevant imagery edited into the film, this visual is an emotional watch but a vital example of a powerful statement on Black culture.

Taken from his 2019 Hoodies All Summer LP, “Teardrops” is a sobering track from Kano which explores some important themes such as success and struggles within the Black community; expressed in lines such as “If they can spray paint ‘N***a’ on Lebron James’ crib, that means a Black card ain’t s**t when that’s the shade your face is/So basically we’re Kunta Kintes in some cuban links, the Balenciagas didn’t blend us in”. The track also includes moving lyrics for Black youth, as well as an honest interlude regarding a lack of faith and trust in the justice system.

At last year’s Rated Awards, Kano delivered an equally as impactful performance of the track, focusing on the subject of injustice by shedding a light on the many lives lost during or following police contact in the UK by displaying gripping scenes alongside distressing statistics at the end of the video.

In the run-up to her newly-released debut album, Ray BLK delivered a message of resilience and empowerment on her single, “Dark Skinned”. The track is centred around the issue of colourism and with lyrics such as “I won’t be judged by society”, Ray uses the song to let it be known that she’s determined to overcome any hurdle in her way.

“This song is for the underrepresented, the over plagiarised and uncredited,” Ray BLK wrote when announcing the song on Instagram. “This song is a celebration of my melanin. A lot of people told me it would be hard to succeed in this industry because of the colour of my skin, but I refuse to feed into that ideology.”

Following the Black Lives Matter protests which took place in response to the murder of George Floyd last summer, Frisco presented us with a heartfelt offering titled “Black Man”. The track from the Boy Better Know member is a heartfelt, piano-led single in which he opens up on the many pressures faced by Black people such as years of oppression and having to work twice as hard to get half as far.

With footage from the Black Lives Matter protests in London, the black-and-white visuals are captivating and convey the passion expressed by Frsico in his lyrics.

Back in 2018, Lioness turned the derogatory phrase “Dead Black ting” (DBT) into an epic anthem of self-assurance, recruiting fellow Black queens Queenie, Stush, Shystie, Lady Leshurr and Little Simz for the remix. On the track, the six ladies piece together their impressive mic skills to embrace their Blackness, while simultaneously highlighting issues such as colourism and marginalisation.

The remix also serves as a celebration of their success as renowned musicians – despite what they’ve had to face as Black women in the music industry.

In 2019, Stormzy released his highly-anticipated sophomore album Heavy Is The Head and among the tracks on the LP is the uplifting offering, “Superheroes”. With references to “young Black kings” and “young Black queens”, the song is directly aimed at the young generation of Black Britons; reminding the youth of their worth, culture and potential.

The animated visuals – which were premiered in schools across the UK and Ireland last September – are as inspiring as the song itself and display a narrative in which Stormzy provides a young boy with hope by showing Black individuals excelling in maths, football, music, and literature.

While we’re used to OFB’s Bandokay, Double Lz and Abra Cadabra coming through with some straight-talking offerings, last month they used their raw rap styles to create the bold offering “Black Lives Matter”.

Serving as a tribute to Bandokay’s late father Mark Duggan – whose death at the hands of police sparked the 2011 riots – and Black lives who have been lost to police brutality, “Black Lives Matter” is an uncompromising single from the trio as they use their platforms as artists to speak out against discrimination. The sample of Coldplay’s classic track “Trouble” creates a sombre tone which allows the three artists to offload some thought-provoking and sincere lyrics, while also displaying their support for the Black Lives Matter movement.