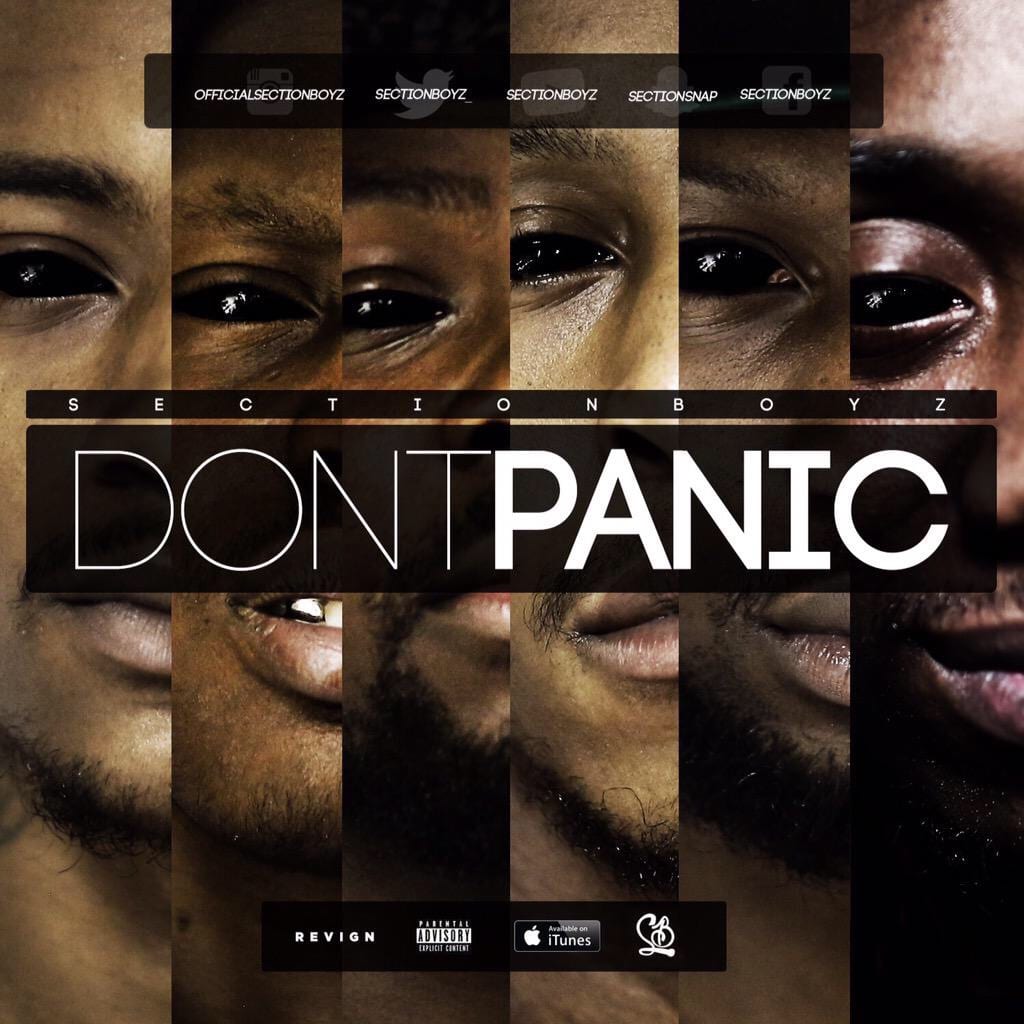 If you’re anything like me then you’ve been waiting for ‘Don’t Panic’ for a while now. Since we can preorder it is now officially available to pre-order, here are 5 reasons as to why you will need the project in your life.

If you haven’t listened to their last release, one, what rock have you been living under? Two, you need to before you pre-order. Three, it will set a very good example of what they can produce. This project for me was very sick and very interesting as to what the group could put out as a body of work. From the music we have heard from the time of ‘Sectionly’ to now, we can only assume it’s bigger and better than last time; which is never a bad thing.

Since their last release, a lot has changed in music. One of the biggest developments of recent months has been the introduction of Beats 1, an online radio station through Apple. On there, Drake has the OVO show and we have heard Section Boyz on there a few times now. Including the premiere of their most recent drop “Lock Arff”. If the 6 God is flexing to Section Boyz, you should be too. On top of that, OVO’s Founder Oliver El-Khatib posted this on Instagram:

This was also retweeted by the GOAT, Elliot Wilson. If you don’t know Elliot, then please do your research.

Section Boyz release bangers. End of. We all know that, and it won’t change for this project. This being their first release on iTunes and other outlets, do you seriously think they haven’t put the work in? If anything I have high hopes it’ll top ‘Sectionly’ and if it does, then we’ve got possibly the best release this year.

Ask yourself the question, what song introduced you to Section Boyz? “Delete My Number”? “Come Again”? “Bang”? There are so many to mention, but all of the above songs are completely different yet STILL bangers. That’s one thing Section are definitely great at, and that’s being versatile. Each member of the crew brings their own spin to each record. I’m excited to see what they pull out on this project because we all know what they can do as a collective, and for how much work they are putting in, it’s inevitable that there will be tunes for everyone on there.

If ‘#DontPanic’ lives up to my expectations, believe it will be on replay for a long time. I was listening to ‘Sectionly’ daily for MONTHS, and if that’s a mixtape just put on Soundcloud, what is this gonna be like?

Let’s praise the UK and lift up the artists that create music that gain us worldwide recognition.