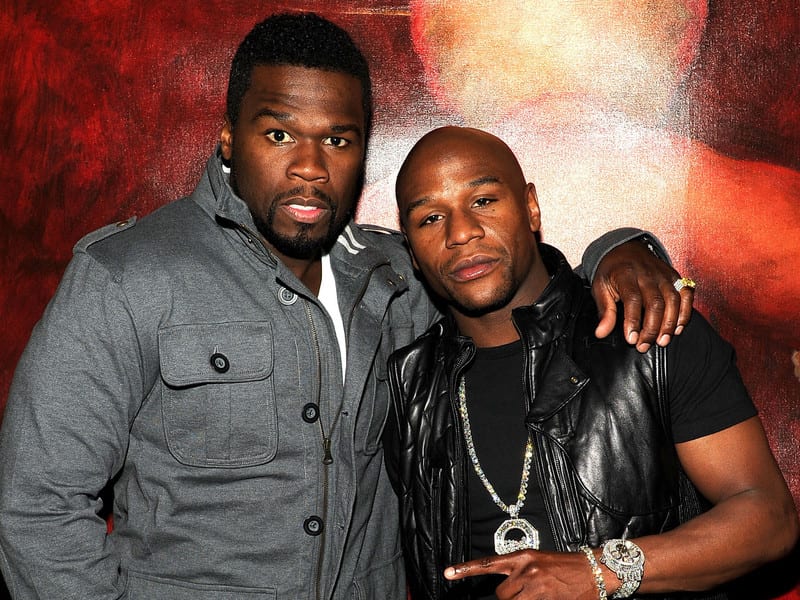 50 Cent continues to troll Floyd Mayweather on Instagram and the rapper has recently chimed in on the former boxer’s move to MMA fighting.

As previously reported, Floyd Mayweather will come out of retirement and make his MMA debut on New Year’s Eve in Japan against 20-year-old undefeated fighter Tenshin Nasukawa. The fight will take place at Saitama Super Arena in Japan, the fourth largest indoor arena in the world with the capacity to hold a maximum of 36,500 people. Read more about the upcoming fight here.

50 Cent has posted multiple times to his Instagram about Floyd’s upcoming match. The rapper, actor and television mogul wrote, “Champ fighting a Uber driver before the IRS embarrass him again. Pay-per-view my ass, we watching this on YouTube. Get the strap”.

Champ fighting a Uber driver before the IRS embarrass him again. Pay-per-view my ass, we watching this on YouTube. get the strap #bellator #lecheminduroi

50 also posted a photoshopped image of Floyd and Tenshin in the likeness of Chris Tucker and Jackie Chan in the film trilogy Rush Hour with the caption, “Got damn Champ you did it again, everybody saying they can’t wait to see this fight with the 20-year-old 125lb kickboxer. SMH LOL”.

Got damn Champ you did it again, everybody saying they can’t wait to see this fight with the 20 year old 125lb kick boxer.SMH ‍♂️LOL #bellator #lecheminduroi

The fight is not until December however the match is already causing a stir on social media. Mayweather’s former opponent Conor McGregor also chimed in on mocking Floyd on social media with the below post.

Is that a tracksuit or a sauna suit Floyd haha wtf. is it hot in Tokyo or what’s the story here? that climate change is no joke fuck me hahah What in the fuck is going on here? Who’s this little prick next to you ? That’s mad shit. Like something out of rush hour 5 or something. Chris tucker and Jackie fucking Chan back in this bitch. Fucking brilliant. Mad little bastard you are Floyd. Fair fucks to you mate. No lie. Fuck it.

50 Cent and Floyd have been feuding for a while and Floyd sat down with Complex News to detail their famous falling out earlier this year. He claimed that their friendship fell apart after he declined a business proposition from 50. Floyd also added that 50’s claims that he owes him money are false and he refuted claims that his $18 million watch is fake by showing it off in the interview. Check out the video here.