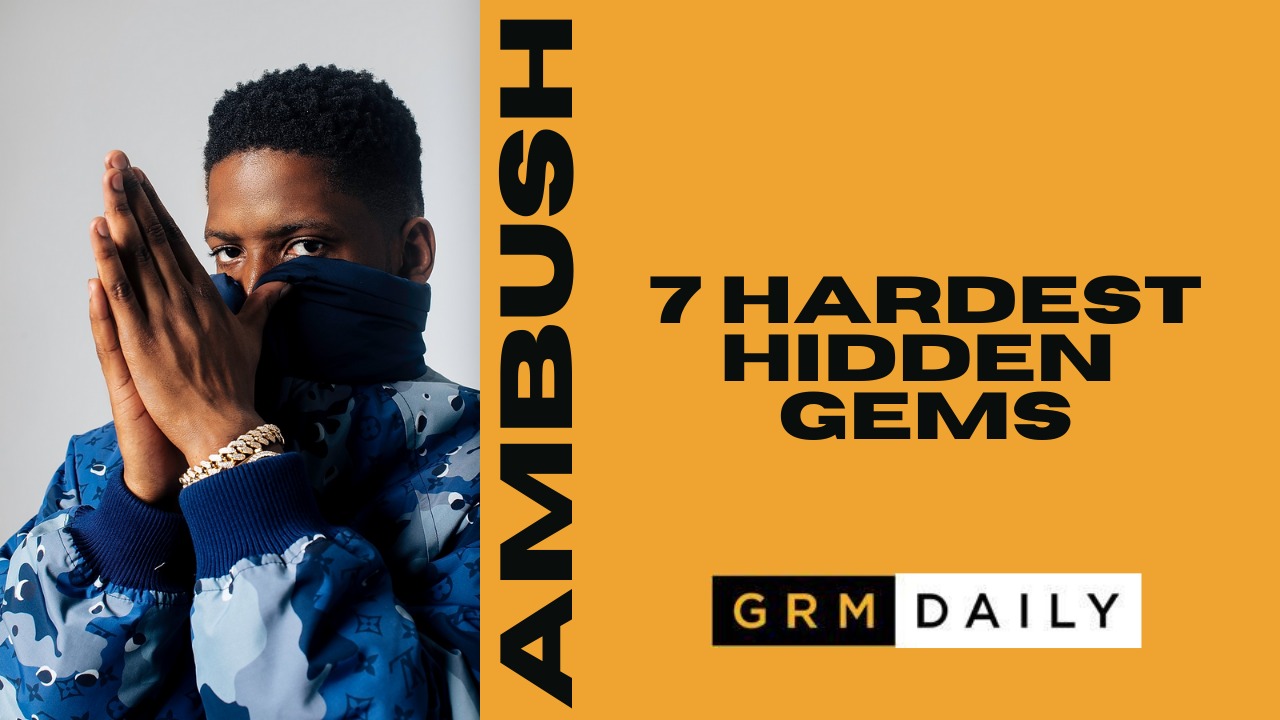 Ambush is one of the most exciting artists that have rose to prominence over the last few years. For many of us “Jumpy” (his smash hit from 2018), was the first time we were hearing his Camden infused drawl marinate over the now legendary Mubz Got Beatz production.

The track would reach such a rarefied status, that two North London pioneers (Skepta and Chip), would “jump” on the remix which to date has accumulated 11 million views.

Although this might have been his breakthrough moment, Ambush had been putting in work many years prior to “Jumpy” taking off into the stratosphere.

On the day of the release of his new tape Ask My Brother, we thought now would be the perfect time to reveal a carefully selected mix of seven hidden gems that paint a picture of just how hard, and how long, Ambush has been putting in the work.

We take it right back to October 2012 for a cypher shot out in Ibiza which features a whole heap of recognisable names and faces. Eagle eyed viewers will notice that Ambush himself pops up, for a quick display of flair alongside the likes of Sneakbo, Ard Adz and Depzman. This is widely regarded as one of the most iconic cyphers that came out during the 10s’.

Still in 2012, we have Ambush and Prospect shelling on “Queen’s Bruddas”. The instrumental is reminiscent of much of the epic, almost orchestral soundscapes that producers created during this era of road rap. As far back as 2012, Ambush’s unique cadence was earmarking him as one to watch.

Taking it back to 2010, Ambush and Prospect are accompanied by Rowdy on “So Casual”. The trio jump on the iconic “Shit On You” instrumental, which was a bonus track that featured on D12’s debut album Devil’s Night. Ambush’s lyrical prowess is present as he kicks off the tune with an effortless barrage.

2012 was a busy year for Ambush. “I Need That”, was a star turn from Bush as a feature alongside General Gheezy and Young Deats. Bush’s verse oozes style and swagger, as he takes control of the instrumental, displaying the diverse range of flows in his repertoire.

Coming off his mixtape About my Business Vol 1. Ambush showcases that he’s more than capable of switching it up, and brings us some much needed introspection on “They Talkin”.

With an impressive array of different things to offer the listener, it was only a matter of time before Ambush broke out of the confines of post code notoriety.

Since then, he’s refined the storytelling aspect of his craft even further, this can be seen on one of his latest joints “Eastenders”.

“Into (I Can)” is The opening track to the aforementioned mixtape About my Business Vol 1. The groovy instrumental is perfect for Bush to let off his cheeky, bouncy flows; these would become a trademark of his in the years to come.

Fast forward to 2018 but it’s the same Ambush shutting down any tune he’s featured on. This time he shares the mic with fellow Camden native Dappy and East London’s Asco.

Ambush kicks of proceedings proving that he’s more than capable of adapting to the new, wavey melodies that have defined much of the rap coming out of the UK in the last few years.

Be sure to keep it locked on GRM Daily for updates on Ambush’s tape and much more.