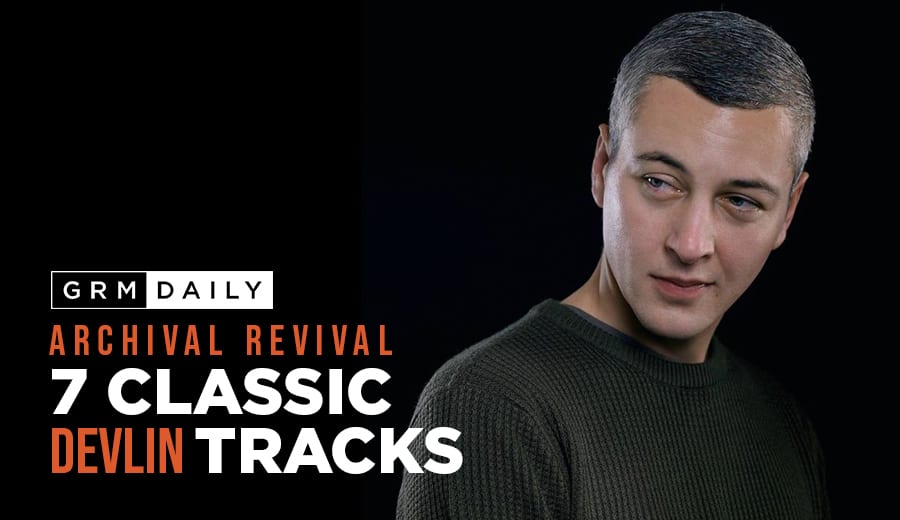 Over the last few years we’ve witnessed the new gen grab the scene by its lapels, and unceremoniously drag it into previously uncharted territory. Consequently, many of the forefathers have come out of hibernation to finally reap the rewards from the seeds that they had sown many moons ago.

Devlin is one of the country’s most accomplished lyricists, a status that he had earned well before his return to the booth in 2017 with his third album The Devil In. During his formative years, Devlin was a destructive force on radio sets; and quickly became known as someone who’d make a meal out of any instrumental that landed on his plate. As Devlin prepares to deliver his fourth studio album The Outcast, we delve into the archives and relive some of his classic material.

Although Devlin is better known for his explosive lyrical onslaughts; he turns theologian on this track providing an insightful worldview. We may have become more accustomed to Stormzy discussing the complexities of God in his music, although this throwback from Devz’s debut album Bud, Sweat and Beers; proves that he too was tackling religion in his music.

A cut from Devlin’s first full length release Tales from the Crypt. The mixtape has certainly etched its place in grime folklore as one of the greatest debuts; especially when we take into consideration that Devlin was only 17 at the time. Devz calls in Wretch 32, Ghetts and estranged OT comrade Deeperman; to assist him on the hard orchestral esque instrumental produced by Ratchet.

“As Time Goes By”

The third track from Devlin’s second mixtape The Art of Rolling, saw Devlin repeat the success of his debut. The tape once again was a display of his ability to use his rapid fire flows to tell a range of different stories. On “As Time Goes By” Devlin & Smasher give us some socially conscious introspection on one of the smoothest instrumentals on the tape.

In an interview with DJ Target, Devlin mentioned that this was one of the first tunes he recorded. He got the call up from Dogzilla and they hit up Danny C’s studio to vocal the beat that Roll Deep made famous years earlier. When listening to this, just bear in mind he was the tender age of 15 when he wrote this.

Devlin’s subject matter has always made him stand out from his peers. It’s not often you’ll hear introspective self reflection on a grime tune; this was a much rarer occurrence in 2006 when Tales From The Crypt dropped.

“Cause everybody wants to slash your grill/Kick doors off, run up in your house and brandish steel Cause they think that it makes them real/But at the end of the day whats real?” Very few, if any, MC’s were dropping this kind of knowledge at the time.

Devlin has proved time and time again that he can shell on any set. One only needs to delve into the Youtube archives and you’ll be able to witness Devlin in his natural habitat. This track is another cut from Devlin’s second mixtape, which sees him socratically question the way of the world.

Although not technically a track, it would be criminal to leave out one of Devlin’s most iconic practise hours freestyles. The original video has long since been taken down; but it features some of Devlin’s most quotable lines and showcases what a thoroughbred microphone controller Devlin actually is.