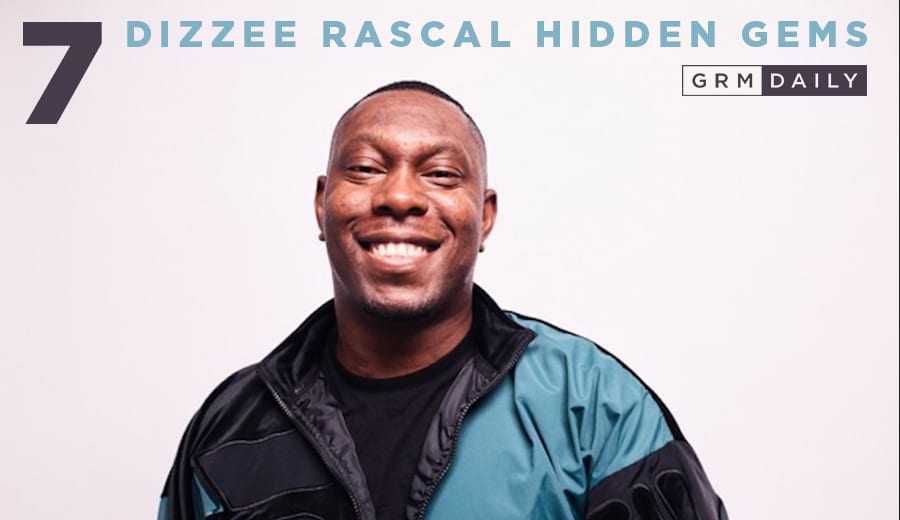 It’s been three years since we were last blessed with a release from Dizzee Rascal. Raskit surfaced in 2017, and saw Dizzee return to the soundscapes that he’d rose to prominence from. Before this, we hadn’t heard the sounds of Dizzee Rascal deftly navigating those beloved 140bpm frequencies for almost two decades.

After the masterpiece that is Boy In Da Corner, and his sophomore release Showtime, Dizzee bravely journeyed to the uncharted territory of the mainstream with his following releases. During the scenes’ lean years, many other grime stalwarts would join Dizzee on this excursion, but arguably not quite achieving the success that Raskit himself would.

With his next album E3 AF on the horizon, we thought now would be the perfect time to comb the archives for some of Dizzee’s finest hidden gems to remind us what an illustrious career the East London legend has had thus far.

Maths + English was Dizzee’s third studio album, and charted higher than both his debut and sophomore outings. The album also saw Dizzee step outside of his perceived comfort zone and work with a range of different artists like Artic Monkey’s frontman Alex Turner, and Lily Allen.

“Excuse Me Please” was a lesser known cut tucked away at the backend of the album, which sees Diz deliver some hard hitting social commentary, which despite being 13 years old still rings true today –

“Someone’s gotta have answers, someone’s writing the master plan, cause I can’t see no sign of God’s involvement this has gotta be man, so much madness in the world, so much evil and confusion, so much good as well so there’s gotta be some solution, so that means that there must be hope, maybe room for revolution”.

On New Years day in 2007, Dizzee dropped a free mixtape entitled Dirtee Tv .Com The Mixtape. If Maths + English was Dizzee experimenting with new soundscapes, this tape was Dizzee flexing on BPMs that he’d already conquered.

The track list boasts a great list of features, and see Raskit collaborate with much for familiar rhyming partners with the likes of D Double E, Footsie and on this track West London flow icon Scrufizzer.

Showtime was the follow up to the classic debut Boy in Da Corner. The list of the features on his sophomore album were light, however on this bonus track Dizzee calls in fellow East London legend D Double E to lay down a catchy hook.

One of Rascal’s first tracks. Not only would Dizzee vocal the futuristic instrumental, it was produced by him as well. Listening back to it today, it sounds like it hasn’t aged a day, and any modern day grime producer would be happy to put their name to it.

E3 AF sees Raskit return to production, so we can expect plenty more heavy instrumentals when the album drops this Friday. Listen to the classic Dizzee Rascal vocal of “Kryme” right here.

Another cut from Dizzee’s third album Maths + English, this one a bonus track that featured on the American release of the album. With his eyes fixed on the highly coveted US crossover, Dizzee had enlisted rap royalty from the Dirty South, the duo UGK. El-P from Run The Jewels remixed the beat, which gave the track a new lease of life.

“We Ain’t Having It” Feat Wiley

Their relationship has been the subject of much discussion over the years. Coming up together in the depths of East London, the pair have undeniably become the figureheads of one of the biggest British musical revolutions of a generation.

Despite their Checkered pasts, and genre defining moments, the pair have not actually released that much music together. Wiley features on a remix of the iconic breakout single, “I Luv U” and on “2 Far” the fifth track on Boy In Da Corner. Aside from appearances on pirate radio sets, there’s not much else out there. This track is one of the rare finds, where the two are featured alongside each other on wax.

“Party in My Motor”

Dizzee would release a follow up to his free 2007 mixtape, entitled DirteeTV .Com The Mixtape EP Vol.2. This track “Party in My Motor”, was produced by Ruff Sqwad’s legendary producer, Rapid.

The track sees Dizzee relay his frustrations with various night club norms, claiming he’d rather have a “Party in his motor”, something which I’m sure many of us have engaged in since being in lockdown this year.

Be sure to go out and buy/stream the album when it drops on the 30th of October!