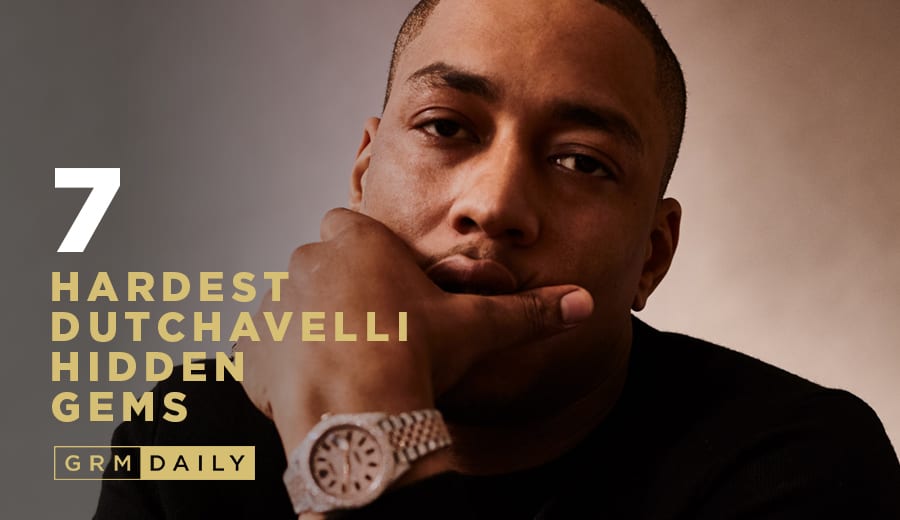 “It’s hard to ignore British rapper Dutchavelli with his distinctive deep and husky vocals. The talented rapper, who is also known for being Stefflon Don’s brother, took the UK rap scene by storm when he dropped his hard-hitting track “Only If You Knew” back in January that has now racked up more than 15 million views.

Born in Birmingham, but raised in the Netherlands, Dutchavelli, who originally named himself Dutch, was inspired by a number of various genres and musicians. Although 2020 was groundbreaking for him, 2017 was the year that brought him to the table after he released his debut music video, “New Jack City”, bringing in a large amount of new fans.

Since he’s been a part of two of the biggest singles of this year so far, when it comes to Dutchavelli, the year 2020 will be a memorable one, but it’s his music that he dropped years earlier that made him the artist he is today, and over at GRM we’ve put together seven of Dutchavelli’s hardest hidden gems.

Taking it back to 2017, Dutch and South London MC Desperado dropped the video to their track “Say Narda” featuring soulful singer Karmah Cruz. Combining his hard-hitting lyrics with some clever wordplay, and even shouting out his sister Stefflon Don’s track “16 Shots”.

“Say Narda” brings together all of the elements that are popular amongst Ducth’s fanbase. Karmah’s smooth vocals layer the track as Desperado jumps on the beat bringing a great deal of self confidence, as Dutch delivers the catchy chorus.

In some choppy visuals Dutchavelli is joined by English rapper Professor Green for their heavy tune “Mercedes Riddim.” Although this is an unusual collaboration, the duo makes it work as they deliver their unique vocals over the grime rhythm.

A year deeper into his music career you can see that Dutch seems to have more belief in himself as he makes his presence known. With his deep, raspy vocals alongside the legend that is Professor Green, Dutch delivers some unapologetically real bars.

Dutch reveals a more romantic side in another track taken from 2017, as he teams up with fellow artist Krissy for their laid-back song “Feel The Same.”

The summer banger highlights the charm and potential of Dutch, as he has the ability to switch his flow to fit any style of track demonstrating his experimental side.

In the visuals of this track “Let It Breathe”, which dropped in 2017, a more fresh faced Dutch is shown, as he delivers us a story about his life and the streets over the bouncy beat. The powerful visuals go hand in hand with the raw and truthful track.

“John Wayne” is instantly contagious as Dutch manages to put his signature sound on each lyric, bringing a mad amount of energy onto the track. Years before his breakthrough, Dutch is demonstrating his lyrical skill as yet again, he manages to provide us with vivid imagery of how he was living.

Around the beginning of 2017, a baby faced Dutchavelli appeared on a #NewGenRadio Birthday Show with Kenny Allstar, and his freestyle indicates how much he wanted to succeed. Fast forward three years later and he’s done just that. Spitting some cold bars while he’s surrounded by Not3s & Micah Million, Dutch stands out with his fast-flowing, smooth and forceful delivery. His deep voice keeps you locked in as he makes you believe every word that comes out his mouth.

“Stick” sees Dutchavelli join forces with the legendary Newham General, Footsie. The pair attack the grime influenced track as they are surrounded by their guys in the accompanying visuals.

The pair don’t sugarcoat a single lyric, as they unload their strong flows over the instrumental. Hopefully we’ll see these two team up for another clean-cut track one day.

Stream and support his debut mixtape Dutch From The 5th Below right now.