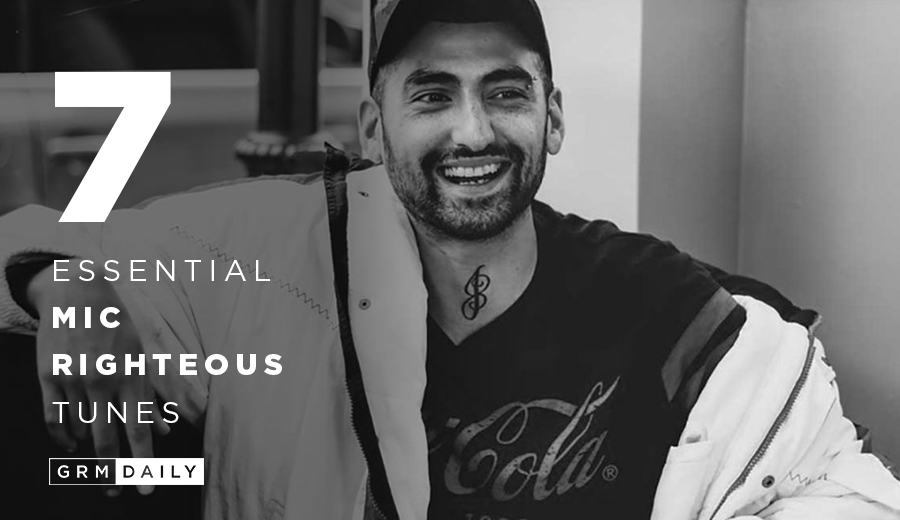 Mic Righteous, over the years, has become something of a divisive figure. But before all the turbulence, Mic’s rise to prominence began with his appearance on SBTV’s legendary Warm Up Sessions, with one of the most impassioned performances the series had ever seen. The passionate, often self depreciating lyricism, was a far cry from the usual bravado of many of his fellow mic men.

This fact endeared him to many fans, as the content was much more relatable than the ostentatious prose that has often become synonymous with rap. The passionate lyrical paroxysms got Mic on many people’s radars, which can be especially difficult for MCs coming from outside the capital.

The Margate native’s journey to where he’s at now, has been filled with more ups and downs than a ride at Dreamland. Join as we take you on our very own musical rollercoaster to see how Mic arrived at his latest album Suicycle.

The lead single from Mic Righteous’ debut mixtape Yob Culture. The track is quintessential Mic Righteous, and this passionate introspection became a trademark of his that would define much of the music he would make in years to come, so much so that he’d be lambasted by fans for veering off this course during his career.

The video features a whole host of cameos from UK rap stars of yesteryear like English Frank, Joe Black, Logic and Benny Banks; Jamal Edwards himself even pops up.

Mic Righteous really put himself on the map with his debut performance on Charlie Sloth’s freestyle series Fire in the Booth, which back then was featured on BBC 1xtra. The lyrical content was typical of Mic, riddled with heartfelt titbits delivered with a fiery passion that was almost palpable.

Despite an impeccable performance from Mic, what really brought the freestyle to everyones attention was the censoring of the words “Free Palestine”, which prompted debates on free speech.

Mic Returned to the scene of the crime with his second appearance on SB’s Warm Up Sessions. This time, Mic’s approach is much more polished, as he lays down his trademark deep lyricism over a haunting Naughty Boy production.

Around this time, the pair would begin building a working relationship, with Mic featuring on a remix to “Wonder” with Emeli Sande a few months later. The relationship would prove fruitful, but short-lived.

The question on everyone’s mind was could Mic’s trademark style translate into commercially successful music? Was there a way in which this could be done without compromising the content too much?

“Ghost Town” was the perfect answer to this question, it had all the elements that people came to love about Mic, with a really catchy chorus to boot.

The tune that caused a storm on Twitter, and fractured relationships in both camps. A leaked video clip featuring Krept and Konan on the song instead of Mic Righteous prompted inflammatory responses from both Mic and Zayn.

The Krept and Konan version would never fully come to fruition, but an exasperated Mic leaked his version with Zayn Malik. Check out our coverage of what happened right here.

Mic Took his grievances with Naughty Boy straight to the studio, and left no stone unturned. Naughty Boy was due to exec produce his debut album Dreamland, and although the debut album was still critically acclaimed, we cant help but wonder what it might have sounded like with the Midas touch of Naughty Boy.

“Tempo Of The Dance”

Mic Righteous doing what he does best on the penultimate track on Dreamland. The introspective banger has everything Mic Righteous fans love about him: honest and heartfelt lyricism in abundance.

Be sure to stream and support the new album Suicycle below right now!