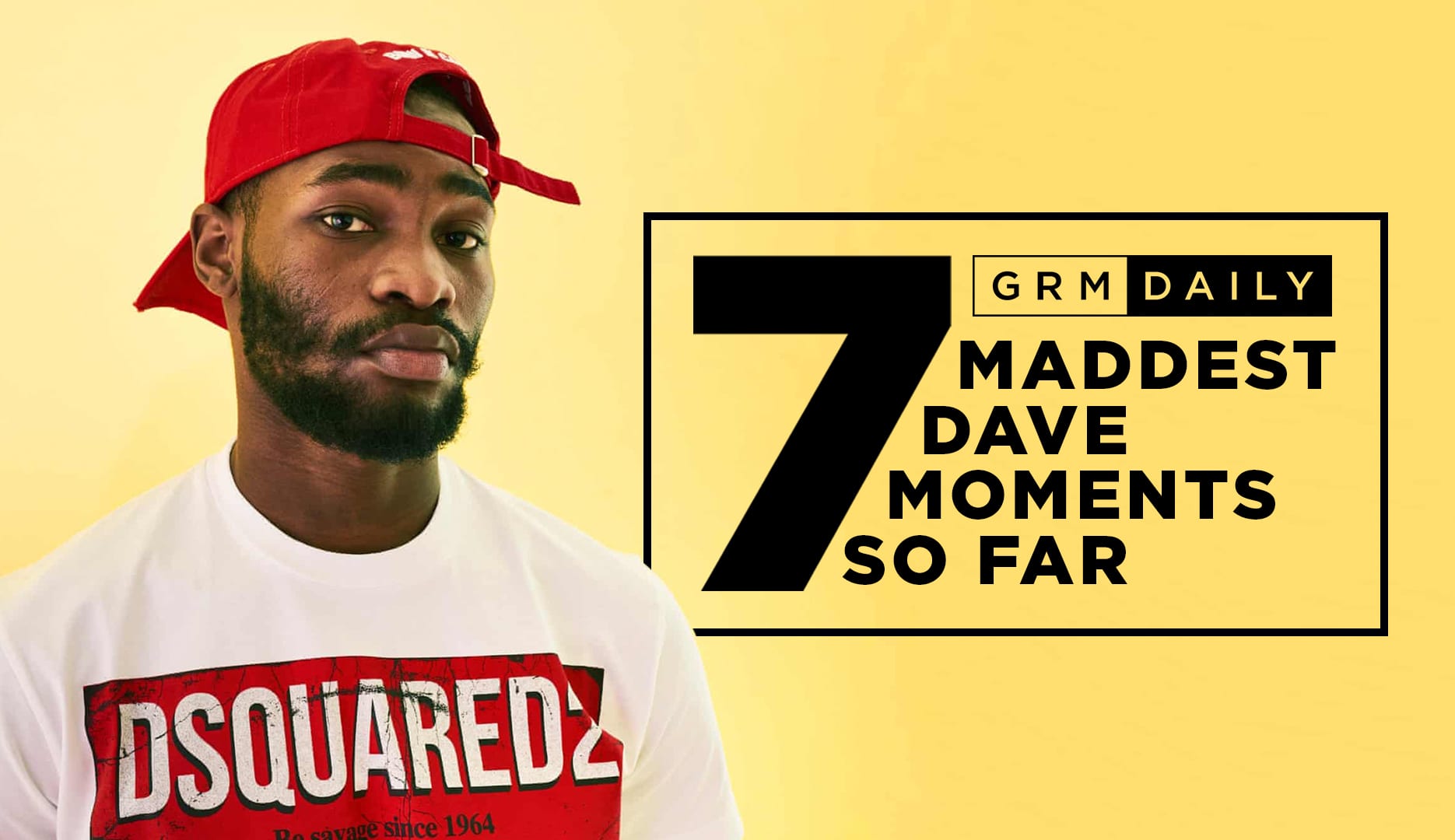 As the release of Dave’s very highly anticipated debut album. Psychodrama creeps up on us, there felt like no better time than the present to look back at the career defining moments that have shaped Dave’s journey up until this point.

Almost 4 years ago, Dave started turning heads with a [email protected] freestyle that has since gone on to rack up over one Million views. Spitting passionate bars that encompassed a young Dave’s pain; making for one of the channel’s most viewed videos to date. His robust delivery made for a raw freestyle that would be impossible to ignore.

The Streatham rapper then made his follow up with an intense Warm Up Session freestyle that would become his next career defining moment. At only 17 years old Dave gave the world an early taste of the rapper’s complex bars and punchlines with this freestyle showcasing an intelligence and wisdom far beyond his years. Inclusive of cold bars and thoughtful subject matter, this freestyle well and truly was a warm up for a what was to transpire.

We next saw Santan break the internet with a jumpy collab that enlisted pal and fellow MC AJ Tracey. The two went bar for bar in “Thiago Silva”, bouncing off one another perfectly. This track saw Dave’s buzz significantly grow, with him exhibiting his ability to switch up his flow and spit pure greaze – providing us with some of his most memorable bars to date. A moment for the highlight reel that also saw a young Dave, make waves & establish a tradition of clean-cut international visuals.

The same year saw the release of Dave’s Six Paths EP, consisting of tracks like “Picture Me”, “Six Paths” and the monumental “Wanna Know”. A fun sing along track where Dave provided a melodic hook and switched up the tone many had come to associate him with. “Wanna Know” although a banger in it’s own right, reached new heights when global superstar Drake jumped on the remix.

We all know how much a Drizzy co-sign can do, so imagine the pandemonium surrounding an unprompted feature. Uploaded to his personal Youtube channel, the video has gone onto amass 2.7 Million views and 61 Million streams. A real authentic link up which expanded Dave’s impact worldwide and became the foundation for the pair’s music relationship.

Drake’s mixtape, More Life, came the next infusing many elements of the UK scene and much to everyone’s surprise, a guest appearance from Dave. “Teenage Fever” trails off into a sound bite from Dave which was seemingly unrelated but well in-line with the track. We next saw the pair together when Drake’s Boy Meets World Tour touched the UK, with Dave briefly gracing O2 Arena for a rendition of “Wanna Know”.

Game Over Tour Sells Out

Late 2017 saw the release of Daves 2nd EP Game Over. The EP had an accompanying tour with the same name that consisted of ten dates. The rappers first tour was not met with any disappointment, with tickets selling out almost instantly. Understandably a standout moment for Dave’s himself, and ultimately a career defining moment that really solidified the weight of his popularity.

“Funky Friday” Goes to number one

Fast forward to 2018, now with two successful EP’s under his belt, collaborative tracks with names like J Hus, Mo Stack, Giggs and Nines; Dave made his triumphant return from a seven month hiatus with smash hit “Funky Friday”.

Drafting in Fredo as a feature artist, this unlikely collab saw the two the wordsmiths swing lyrical swords in what would be one of the biggest tracks of the year. The single quickly gained traction, seeing the support of the entire UK scene. As it made it’s bid for a top ten chart position on The UK Singles Charts, support even came from the then reigning no.1 spot holder, Sam Smith.

Making history, Dave received his 1st Top 10 and he and Fredo became the voices behind the first UK rap song to go No.1 since 2015, as well as the 2nd ever to enter at No.1 with Drake being the only other.

At the 2018 Brit Awards, when questioned about an album Dave exclaimed that 2018 would be the year. As the year rounded off, many fans revisited and quoted his interview with questions about the album, those question were answered this year. A simultaneous drop of Dave’s “Black” and release date for upcoming debut album Psychodrama were met with nothing but praise.

An album that many are gripping their seats waiting for, a testament to his life and achievements so far. “Black” serves as an introspective track that highlights both the struggles and greatness that comes with being black in the western world, and UK more specifically. A powerful track and video that will be one of 11 songs on the album. Burna Boy, J Hus and Ruelle are the only features on the album as Dave takes center stage.

Described as one of the most lyrical artists to come out of the UK, Dave sits at the forefront of the new music generation and it is only the beginning. Psychodrama drops March 8th.