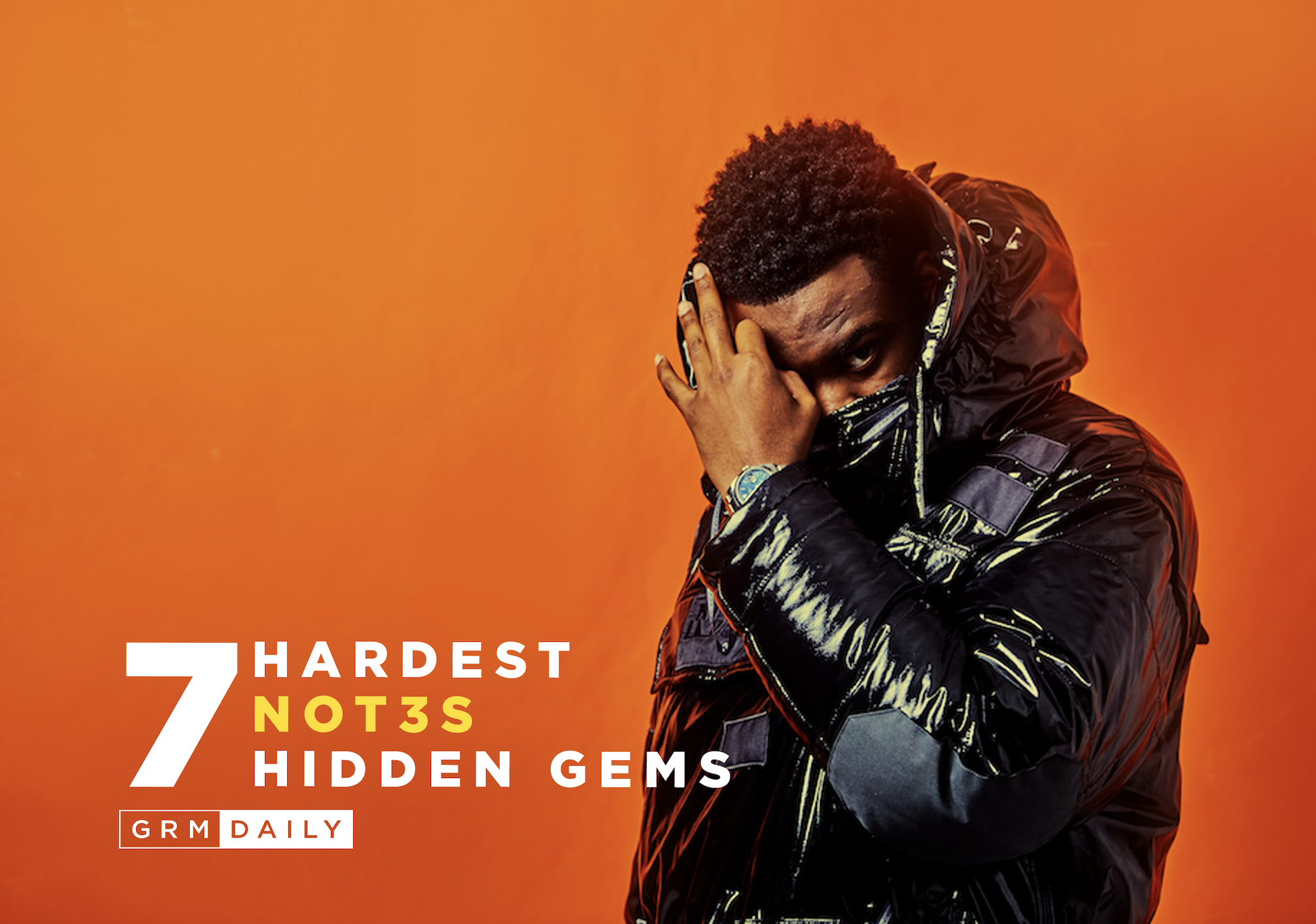 Not3s. A name that hints at much more than his insatiable desire for pound signs – it’s also a nod towards musical notes and a reference to people taking note of him. Clever. That’s a word people ought to use more when they’re talking about him.

Over the years, we’ve come to understand Not3s as our hook aficionado. Our summer saviour. A hit churner outer. Seldom is it that we look at him as anything else. The problem is, he really is a lot more than just a hit maker. A lot of his early material reflects something much more personal. An image much grimier than the glitzy one we have now. But please don’t be mistaken, he’s always been THAT guy.

Today, we’ll flick through some of Not3s’ hidden gems as we gear up for his debut LP, 3 Th3 Album.

The Not3s we were originally introduced to now seems like entirely different proposition to the one we have now. Not in bad way, or a particularly good way either. Evolution is what has led us to where we are today. The Not3s that arrived in the studio that day was incensed with an intensely grimy grit. He tore apart J Cole’s “Wet Dreamz” instrumental and then Tupac’s classic “Hit Em Up” with riveting wordplay, and dark but very real lyricism about very real things.

“All I’ve Got to Say” Freestyle

Just over five years ago, a young, baby-faced Not3s graced our screens. Armed with his archetypal confidence and swagger, young Not3s took to Fabolous’ classic “Can’t Let You Go” instrumental to deliver his wonderfully youthful rendition. A fresh glimpse of his slick rhyming ability and an early indicator of his impending success.

Both renowned individually for their masterful hook composing abilities, I imagine you, just like me, expected this collab from Tiggs and Not3s to be swept over by dazzling melodies, charming personality and tasteful lyrics. But believe you me, they delivered.

Set in front a bouncy, Caribbean-infused sonic backdrop, the boys found themselves criticising their ex-lovers about their all their wrongdoings and selfish tendencies. Interestingly, it’s still sonically arousing in a way that we’re familiar with but also extremely refreshing. Stellar performance from both.

No Drama With Shakka & Tinie Tempah

“No Drama” is a cut from Not3s’ breakthrough EP “Take Not3s” featuring legends and British pop mammoths Tinie Tempah and Shakka. It’s built around their profound appreciation for the ladies in their life that know what the deal is – you know, no strings attached kind of vibes. Tinie and Shakka brought a different edge to record, with their very contrasting vocal tones and huge swagger and confidence.

Here we find Not3s teaming up with an incredibly talented and debatably under-appreciated lyricist, in Knucks. One of our nation’s true hidden gems. But this is a record for the doubters. A flex-anthem of sorts, iterating their aspiration for wealth – “I ain’t talking small small, I want all the money” – and how much closer they’re getting to it. It’s fuelled by a roaring ambition and an underlying hunger that you can only admire.

Intro/ Crank It Up

As intimated by its title, this track was a real statement of intent as the opening song(s) on his debut EP “Take Notes”. The first half of the track features a progressively increasing intensity on the production, where Not3s was touchingly open, echoing a touching sentiment of honesty, pride and focus. It transitions into a sugarier, but equally impressive instrumental, mirroring the first half lyrically.

“Stressing Me” A cut from his sophomore project “Take Notes II” that sees Not3s in his fly-guy bag, in all its splendour. His lover is stressing him, and he simply can’t take it anymore. There are plenty more fish in the sea.