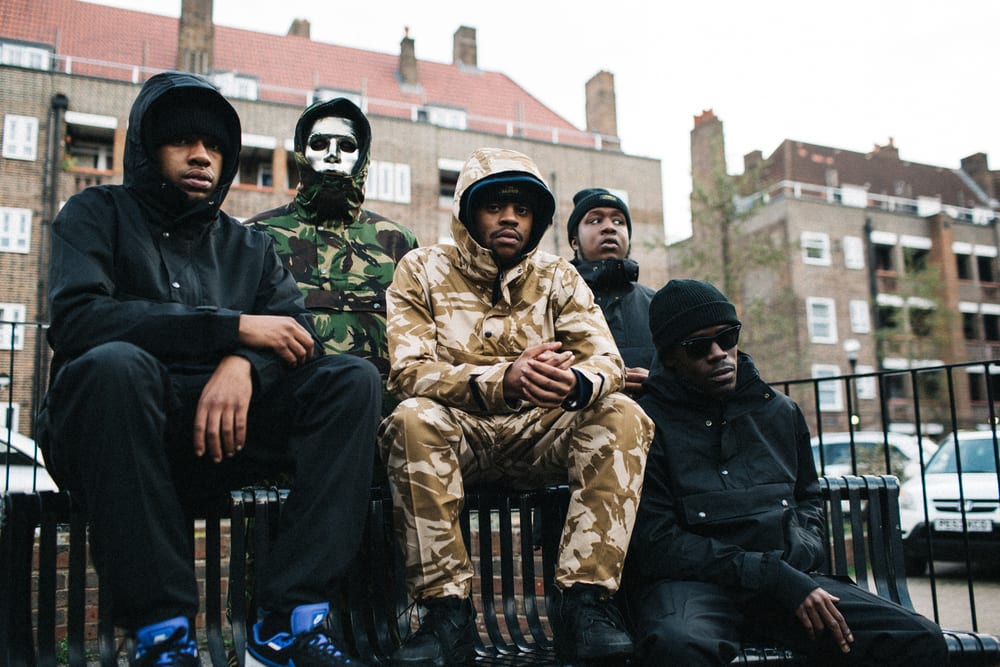 Within the past few years, there aren’t many groups or artists in the UK rap and drill scene who are responsible for as many bangers than 67. They have been prolific in delivering projects each year since 2014 – including their most recent effort The Glorious Twelfth out now – where they have built a substantial fan base to rival most artists in the scene. Every track they release these days breeze past the million marker which is now an expectancy for them. In fact, with such an array of bangers, it is easy to get lost amongst them all, so to help you, we have compiled seven of their most underrated tracks!

“Mad Ting Sad Ting” exhibits the reality of the roads where regardless of the mishaps you receive, especially if it’s at the hands of 67, you better get over it as it’s all in the game. In fact, the electronic sounds along with the flute in the beat has a mischievous computer game feel to it, and the video leaves little to the imagination of their mischievous endeavours. Yet it remains wavy as hell without losing its grittiness and it is this winning combination that separates 67 from most other drill artists.

This gem of an anthem is somehow still lingering just below seven hundred thousand views, which is a surprise when you consider that this is exactly the type of song that 67 fans love. This should certainly be on a few million views. With the fast-paced beat and a riveting hook, it’s the type of track that will have you driving 150mph down the motorway…not that we’re talking from experience nor condoning it. Liquez particularly stands out on the hook, with LD and ASAP delivering cold verses with many quotable lines like, “67 the family, but I’m on gang sh*t.” Perhaps without even realising, their paradoxical bars are powerful, particularly in this instance as their sense of family is entirely different to many of their listeners, which makes them more engrossed into what they rap about.

When you listen to “Things & Stuff” you feel as though it would not sound out of place on Grand Theft Auto 5. Imagine riding out on a mission having LD gas you with lyrics like “soon start warring the feds, need skengs that will take down a bus.” Who in their right mind needs a skeng that can take down a bus, well unless you’re playing GTA of course! Anyway, this is another 67 banger which is deserving of the views accumulated by their more popular tracks, but was perhaps overlooked by fans for the simple fact that it was released only a month after the “Lets Lurk” video. Understandable to be honest. So, if you are guilty of neglecting this track, we advise you to watch this right away and make up for your erroneous ways.

Whilst we associate many of 67’s hardest tracks with up-tempo bangers, it is for that reason that some of their slower paced tracks such as “Hookahs” are underappreciated by fans. With an eerie instrumental composed of a simple xylophone and a heavy bass line, “Hookahs” is a ghostly track that would not sound of place of a horror movie. Indeed, the mood of the track is perfectly captured by Dimzy’s natural flow and chilling bars on the hook.

It was fitting to have “In Skengs We Trust” as the opening track for their mixtape of the same name, where the responsibility to set the tone for the rest of the project fell onto ASAP, Monkey and LD, and they duly delivered. Whilst it is a popular track among die hard 67 fans, on a wider scope, it is not as widely known which is down to the fact that there isn’t a video for this track. But honestly, this is an anthem! In fact, despite this song being released in 2015, this remains one of their best assembled songs, where the ominous instrumental truly heightens the impact of the bars.

On “Faces” the message is clear; 67 are on the money hunt for the Queens face so long as it’s a pink or purple note, and they will not stop at any cost. Whilst 67 have been able to remain on top of their game the past few years as each member has their own distinctive style, there is no denying that a major trump card they have on their side is Carns Hill. Carns is the genius responsible for not only most of 67’s instrumentals but also the likes of Blade Brown and Youngs Teflon, where he absorbs listeners with intricate sounds that are intensified by the characteristic heavy bass ripping through the track.

When a song starts off with the opening lines of “free my killers, free my shooters, free my stabbers” you know exactly what you’re about to get. “Thuggin” is a raw, emotionless and dark track featuring Liquez and Dimzey. The video was uploaded to 67’s independent YouTube channel and did not feature on a 67 mixtape, meaning it did not get the exposure many of their equally emphatic songs which are on millions of views, had received. Cold track nonetheless!