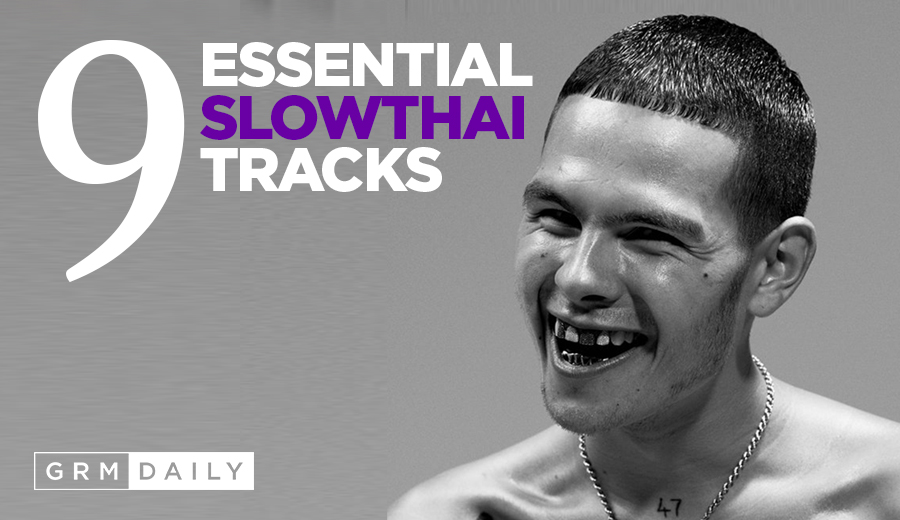 Slowthai has been one of the most exciting UK rappers for the last few years. He is the embodiment of youth culture as he transcends style, flows, genre and class structure in his lyrics.

He has collaborated with some huge artists, his debut album Nothing Great About Britain, was nominated for 2019’s Mercury Prize and he’s appeared on Jimmy Fallon’s Tonight Show.

Slowthai always comes through with crazy visuals for his tracks too, as he has said that he appreciates stuff that’s visually pleasing and he wants every video to be a standalone piece so if you played it with no sound, you could still get the vibe and feeling.

To celebrate the release of slowthai’s second album TYRON, we take a look at some of the essential tracks that he has released so far.

His most recent release ahead of TYRON, Slowthai teamed up with A$AP Rocky to make a bass heavy, bouncy beat, lively track. Full of quick flows this track is an ode to getting back to the old you. Slowthai peels back the layers on this track aiming to reconnect with Tyron from Northampton.

“Look how shit changed / Feeling like these drugs made me better than I was… now I’m energised, I’m more precise.

For Rocky he is remember who he was before his Platinum records:

“Run up on you while you’re jogging / Make you listen to my Walkman / Mixtape shit.”

Slowthai lets off some steam in this track whilst also remember the fun times that are ahead.

This track shows why slowthai is adored by his fans. He has said that the track is all about putting yourself  in the other person’s shoes so you have a better understanding of the situation. A track which shows the growth as an artist.

The track is dedicated in memory of his brother Michael John. He took to social media on the day of release to say:

“Today is the anniversary of my baby brother passing. This is one of the biggest days of the year for me and my family, and with my whole heart I can say I’ve never missed anyone as much as I miss him, I know you’re looking down on us everyday with your smile. I’m doing everything in my power to live for him and also make him proud… tomorrow I’m dropping a song featuring James Blake and Mount Kimbie called ‘feel away’ and I’m dedicating it to my little brother Michael John.”

“Rest in paradise little brother I love you more than life itself.”

This is a more mellow track from slowthai which is made smoother by James Blake’s vocals. This was a powerful partnership and a wise one too.

The visuals were directed by Young Thug and Oscar Hudson. We see him in a maternity ward involving a lot of human cake cutting.

This one is a piano-led production to bring the power of togetherness.

“When people were clapping for the NHS,” he says, “my thing was, why did it take us this long to applaud something that’s been helping people, saving lives for generations and generations? Helping people longer than we’ve been alive? It took a disaster to make people appreciate the NHS. Clapping, how is that helping anyone? If we really want to help, why don’t we do stuff to raise their wage or make it more comfortable for the people that are going to work them 12-hour, 14-hour shifts?”

This song is about being thankful for what we have. Whilst the track pays homage to the UK’s National Health Service for their incredible work over the current pandemic, the visuals carry on the theme of covid-19 as we’re taken on a day in the life style in Tyron’s world. This includes socially distanced queuing in a local supermarket and stock pilling toilet rolls. The new normal.

This one won’t  feature on TYRON. It dropped on his 26th birthday last year. Produced by JD Reid, this track has a bold tone and a hard hitting delivery. The track as the title would suggest touches on everything including turning his life around, drugs and more. Slowthai is an artist who has had a split personality, so this track see’s him vent his frustration at the world and play up to the villainous character he sometimes portrays.

However he raps: “I been to hell and back, came back on track / Couldn’t out my flame, I done told you that / Rub dirt on my name like it won’t come back / I got no one to blame, so I gotta come back”. So there is a glimmer of hope.

This track was featured on his debut album Nothing’s Great About Britain. It is infused with an infectious energy. Skepta comes through with some powered up bars. The track racked up over 500,000 hits on YouTube over 24 hours. This was a real big milestone in slowthai’s career. The entire track is curated as a diss to the current political and cultural chaos in the UK.

Accompanied with the track came some next level visuals. It pays homage to Stanley Kubrick’s 1971 classic A Clockwork Orange as we see slowthai literally pinning back his eyes, echoing the brainwashing of Alex in the film. There are nods to Trainspotting and Ace Ventura too.

We see Skepta and slowthai link up together on a tank with troops dressed in red arranged like arrows. The definition of Inglorious then comes up to sum up a dark episode in British history.

Slowthai said in a press release that this song was written after going to someone’s yard in Chelsea after a night out, and seeing £4.5 million paintings on a wall and it made him feel sick. This track has more of a punk sound, made for a mosh pit.

Mura Masa produced the track who filled this track with guitars, drums and distorted vocals which built up the track. “Doorman” is a dark humored track where he calls out a growing socio-economic divide in modern Britain.

He starts and finishes the track with old news segments of interviews with drug dealers. The glue sniffing and cheap booze is a backdrop for his mockery of British patriotism.

This one sticks a middle finger up to any old fashioned thoughts people have of the UK’s countryside.

He explores a desire to stay rooted in his hometown even with his career growing. The beat is laid back, which is a nice contrast to his relaxed but aggressive rapping. This track has found a middle ground between early UK pirate radio, and SoundCloud rap.

This track is a how to guide to help you avoid fake friends and the pitfalls of fame. It talks about all the obstacles that he had to overcome on his journey to get to the point he is today, and how the people who doubted him want to now stick around because he is successful.

The track is very relatable to many, and as always shows his creativity and distinctive flow. He makes reference to the Disney film Wreck It Ralph: “I’m with a fixer, called Felix”; in the film, Ralph is a destroyer and Felix helps Ralph stop ruining others lives.

At the end of his track, he uses the common phrase, which is in many tracks and has now turned out to be the title of his first album Nothing Great About Britain. He has this tattooed along with his friend and producer Kwes Darko.

“Drug Dealer” is very dark and probably his most intense of his tracks early on. He raised the stakes in his career with this track. slowthai raps about the drug business, and how for some there is no alternative or way out

Slowthai mostly made TYRON during the pandemic where he has said: ““I am far from perfect, but I’ve learnt a lot about myself while creating this album and I will continue to grow into a better person for myself and aim to be a reflection of what I want to see in this world. I hope this album can be the light if you’re in the dark, and to know that you’re not alone,” he added. “It’s OK to be yourself, fuck everything else”.

Be sure to support slowthai’s sophomore album TYRON dropping on the 12th of February. 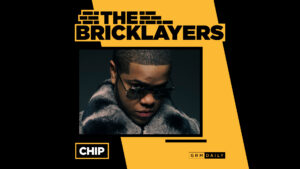 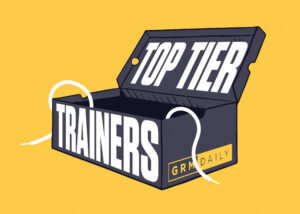 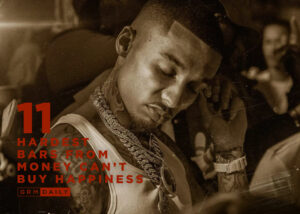 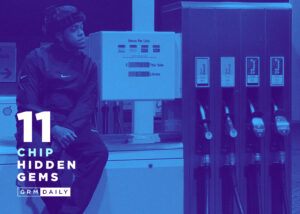