GRM Exclusive: A Tribute to the trailblazing legacy of Smoke Boys 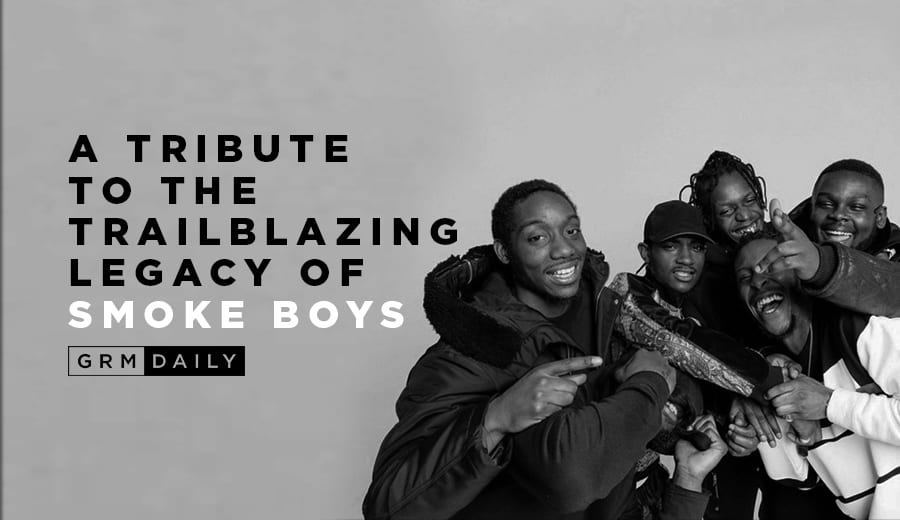 With October 30th seeing the release of Smoke Boys last ever group project, All The Smoke, it serves a bittersweet time for those that have followed the collective over the years. The announcement of them parting ways, has been cause for us to look back on just how influential Smoke Boys (formally Section Boyz) have been in changing the game.

First making waves 6 years ago, then going by Section Boyz, the group consisted of seven rappers hailing from South London. Littlez, Inch, Sleeks, Knine, Deepee, Swift and Reeko Squeeze all with a unique flair. Hits like “Delete My Number” and “No Rules” really separated the group from the rest of the competitors, and catapulted them into the limelight.

2014 also saw a mixtape entitled Sectionaly, and geared them up for a 2015 that saw Section Boyz reach new heights.

But before that, Reeko Squeeze decided to leave the group and embark on a solo journey. The rest of 2015 saw the release of a series of huge singles; with the likes of “Trapping Aint Dead” and “Lock Arff”. To date, both have accumulated in excess of 30 Million views on Youtube – they undoubtedly found their pocket.

Section were one of the first to include really distinctive ad-libs in their music. Fans were reciting not only the lyrics, but the ad-libs too. “Lock Arff” became a wide spread anthem that saw them gain attention from mainstream pop stars like Rita Ora and Lily Allen – the anthem cemented their style and lingo deep within the UK psyche. One of the only large rap groups doing it – it was a time where people couldn’t help but be drawn to them.

Catching the eye of Drake, Champagne Papi took to Instagram to show Section some love. Not stopping with Instagram shoutouts, a surprise appearance from the Toronto star was in the offing. With Skepta in tow, the pair popped up at Section Boyz’s second headline show, and lit the stage up. The moment would instantly go viral, and become one of the most iconic live shows to date.

This wouldn’t be their last transatlantic link up, later the group would join forces with Chris Brown. An unlikely, but successful pairing which produced tracks like “Whippin” featuring Quavo, “Other Side” and more. In uncharted territory, they paved the way for many of our faves today.

Despite their trailblazing feats, the guys began to face tribulations of their own. Faced with legal battles regarding the trademarking of ‘Section Boyz’ as a name and business, this would subsequently push the collective to go quiet for a few years. With the musical landscape ever-changing, fallow years for many artists in this climate could prove detrimental. The members would attempt to maintain a social presence  by appearing on features or releasing their own individual heat.

After those lean years, 2018 would finally see the resurgence and rebrand of the group, now going by Smoke Boys. Don’t Panic II saw the group call on features from names like Headie One, DBE, AJ Tracey & more. Any naysayers that claimed they had “fallen off” would be instantly silenced.

The solo journey’s they had branched into were also flourishing, projects like Swiftionary, Tourist, Lituation and Paper Cuts having their time too. Mosh pit inciters and wheel up merchants, their sheer talent has seemingly never lacked even at bleaker times.

We fast forward to 2020, and the announcement from Smoke Boys that their project with producer MK The Plug would be their last ever as a group. For many it came as sad news, Smoke Boys have been a staple in many people’s libraries for the better part of last six plus years.

The group have achieved amazing things along the way, and their final body of work All The Smoke features Grime OG Dizzee Rascal, K Trap, RV and Sevn Alias. A great way for the crew to sign off what has been an incredible run.

Stream All The Smoke now!