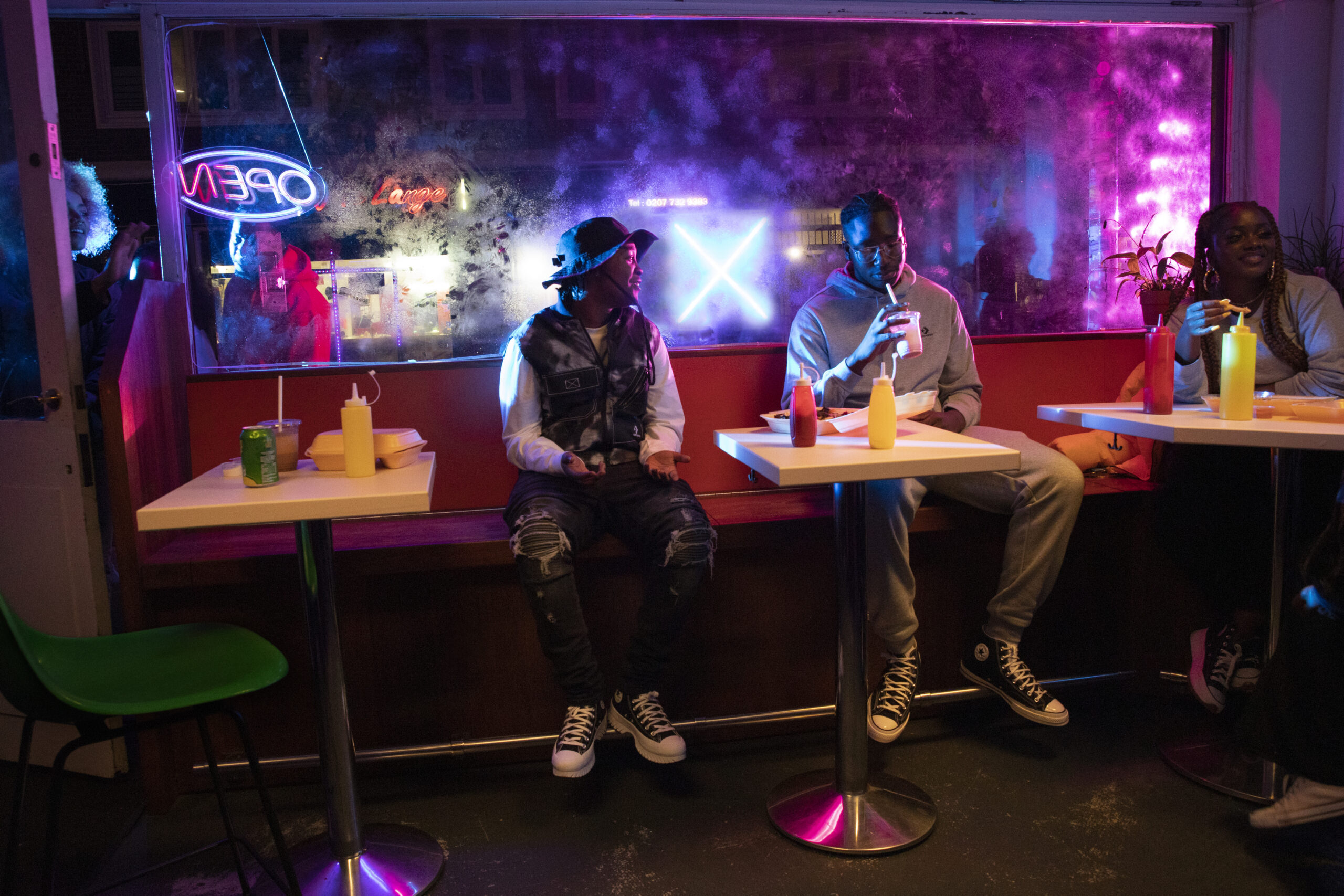 The UK music scene seems to never be falling short of young talent coming to make waves with their presence, and one of the stellar rap duos who have been dominating charts in recent years are rising stars, A1 x J1.

Coming into the duo rap margin at a time where we have been blessed with some great twosomes such as Krept & Konan, Young T & Bugsey and D Block Europe’s Young Adz and Dirtbike LB, it’s fair to say that category is only excelling with each new act that steps into the scene.

A1 x J1’s journey has been particularly admirable thanks to their rise to fame during lockdown, with the pair even meeting online in 2020 over popular app HouseParty. Through that, their first drop “Latest Trends” brought them more than they had bargained for as they almost instantly had a viral hit on their hands, which only amplified on TikTok.

It didn’t take long for the duo to become some of the biggest rap stars in their age group by far, with the pair still teenagers when they hit viral success. They’ve gone on to collaborate with the likes of Aitch, A Boogie Wit Da Hoodie, Tion Wayne, and Mabel, and they show no signs of slowing down for future achievements.

We caught up with A1 and J1 in light of their new Converse partnership, as the duo was selected to be a part of the #CreateNext campaign, which features more than 20 creatives from over 18 cities around the world. The exciting new programme allows creatives to share their creative vision through a series of 20 individual, 6-second films and features some other huge names alongside the duo including US rapper Vince Staples, American DJ Honey Dijon, and Canadian basketball player Shai Gilgeous-Alexander, to name a few.

Amid the campaign, the UK rising stars chatted to us about life since their viral fame, future music plans, and working with Converse.

You both met over lockdown right? Tell me a bit about how you became A1 x J1

J1: “So it was a thing where we were FaceTiming each other because we hadn’t met yet. So yeah, A1 would show me a beat and then I’d write to it, then I’d show him a beat, he’ll write to it, that’s how we were working.”

It’s fair to say that you two have been some of the busiest artists around at the moment – how quickly did your day-to-day start to change?

A1: “It started to change rapidly, quite fast. The moment “Latest Trends” dropped, we started doing Zoom calls, Zoom interviews, because obviously [with] Covid you couldn’t go in. But yeah, as soon as we dropped that song, I’d say life changed [from] that day, straight away.”

Obviously “Latest Trends” was the song that kicked it all off for you – but you’ve had a lot of accomplishments and success since – what has been your ‘pinch me’ moment?

A1: “Recently, you know, I’d say the Rated Awards. I feel like that was actually a moment where I was like ‘woah, I’ve actually been awarded for my hard work’.”

A lot of artists have been showing you love and support since day one, do you feel like it makes a difference in this industry being young and having people to take you under their wing?

J1: “Yeah 100% because it just shows that people that have been in the game longer than us are showing us love.”

Is there any advice that anyone has given you in the industry that has stuck with you over time?

J1: “Me and Aitch will have random conversations and he’ll always tell me to keep having fun with it, no matter what the situation is.”

Not only have you been shown love from artists in the UK, you went from having a feature from Aitch to a feature from A Boogie – did you have a chance to get in the studio with A Boogie?

It may be too early to say but do you feel like you’ve established your sound yet as a duo?

A1: “Most definitely – but at the end of the day it depends on what type of song we make but 9/10 times we know what we’re doing.”

J1: “We’re not even that many songs deep yet but yeah.”

A1: “There’s always room for improvement as well.”

How do you feel like your friendship out of work impacts your working friendship? We’ve seen a handful of successful duos in UK music and I feel like they’ve excelled because they’re always a tight duo.

J1: “It’s very very important; the relationship. If you don’t have a relationship, I don’t think we would work.”

You’re yet to drop an EP or album – have you got one in the works and is there anything you can tell us about it?

A1: “Most definitely, hopefully next year we’ll drop some type of body of work. Of course, you guys have to wait and see.”

Outside of music, understandably being a creative means tapping into other areas and now you’ve partnered with Converse! How are you feeling about being involved in a brand so prominent for people your age?

J1: “It’s exciting because I’ve been seeing and wearing Converse from a young age and it’s a global brand!”

The Converse campaign spreads a togetherness message for creatives around the world – being selected to be a part of that, how does that make you feel about representing where you’re from, your backgrounds and your ages?

J1: “I was gassed because I always like to represent where I’m from, so yeah I was gassed about that.”

A1: “It was sick because I like to be me so sharing myself with the world is a big thing.”

Has the Converse campaign given you any ideas or influenced more avenues you want to explore?

What’s been the most memorable performance you’ve done so far and what was the most standout part for both of you?

J1: “The most memorable performance for us was at Capital’s Summertime Ball at the Wembley stadium last summer. It was our first time doing such a big venue and it really was a crazy moment. You could feel the energy!”

A1: “Same for me! This is literally one of the biggest venues to do as a UK artist and for us to be able to perform there so early on is very special.”

Who are 3 artists/producers you’d both like to work with in future?

J1: “My top artists I would like to collaborate with are Stormzy, Dave and producer PTJ.”

A1: “Three artists I would like to work with in the future are J Hus, Dave and Stormzy.”

Do you feel like anything you’ve learnt or experienced in the past year has changed the process of how you make music together?

J1: “Things I’ve experienced in the past have definitely changed the way I make music with A1, I aim to express how and what I feel directly via the music I make.”

A1: “We definitely know each other better after the last few years of creating together and that’s influenced how we make music together.”

What’s one thing you’ve learnt from each other since getting to know one another?

J1: “A1 has always encouraged me to have fun with the music and the process of making songs, which really helps me to get into the right headspace.”

A1: “For me, J1 is a very patient guy – he’s always really patient with me and my process of making music.”

Have you managed to connect with any other creatives throughout the process of the Converse campaign – if so, who & what was that like?

J1: “We absolutely loved working with Converse and getting to know them during this campaign was fun. We’ve connected with so many different creatives – both in the campaign and of course the people behind the scenes working on set who helped us bring this to life. We’re blessed to be sitting with some amazing talents and artists and having Converse support us on our journey.”

What does it mean to be a part of the Converse Create Next campaign and be recognised as a creator?

J1: “For a brand like Converse to recognise us and be part of the Create Next campaign is so exciting. It was special because we worked closely with Converse to create a 6 second clip that represented us. We loved how each creator’s passion was brought to life in a creative way.”

A1: “It’s great to have been chosen with some sick global creators, we can’t wait to see what’s next!”