The artists had a great initiative to use the video as means to give back to the community and donated their £30K video budget to the Sidemen FC vs YouTube All Stars charity football game, with the profits going out to a number of charities including the Make-A-Wish Foundation which offers support to children suffering from critical illnesses.

Other organisations also will receive support from the three artists who will donate to services aimed at young people such as the Teenage Cancer Trust and the mental health charity Calm.

The visuals for “Don’t Lie” are packed with cameos from the likes of Deji, Chunkz, Filly, Harry Pinero, Mr Beast, Cal The Dragon, Ishowspeed, Noah Beck and others.

Go check out “Don’t Lie” from A1 x J1 and Nemzzz above now on GRM Daily! 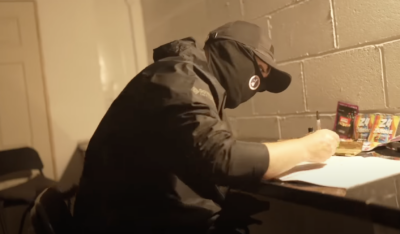 New EP and visuals from B_Real...