North London’s Abra Cadabra has re-connected with Charlie Sloth to drop a second Fire in the Booth freestyle.

While we’re used to Abra coming through with hard-hitting drill joints such as “On Deck”, “Spin This Coupe” and “Show Me”, the rapper switches it up on his new FITB; taking on the instrumental to Drake and JAY-Z’s 2013 track “Pound Cake”.

Despite the switch up, Abra uses the opportunity to showcase his versatility; delivering nothing but real lyrics from start to finish.

Make sure yo catch Abra’s second FITB session above. 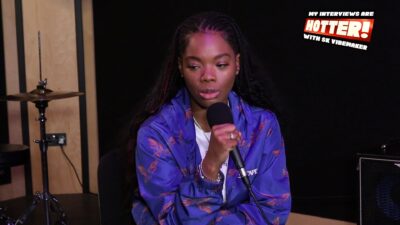 Cristale Connects With SK Vibemaker To Discuss Her Journey So Far

Cristale chops it up...