Has Anthony Joshua’s next crucial fight been revealed? 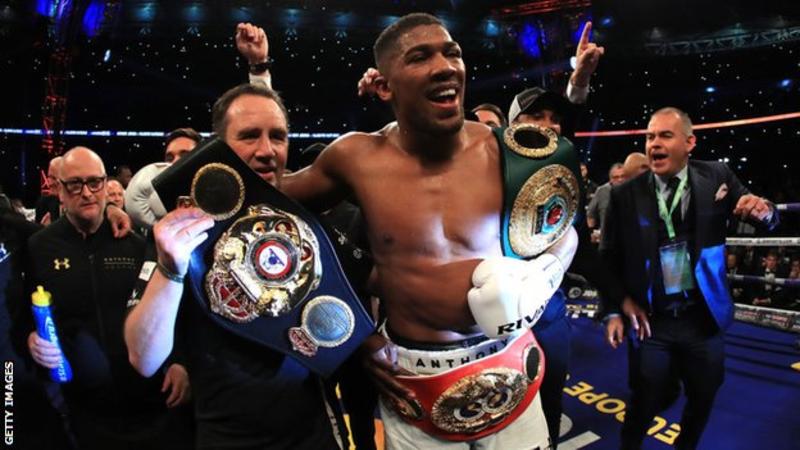 Rumour has it that Anthony Joshua’s world unification fight against Joseph Parker is close to being confirmed.

28-year-old AJ currently holds the IBF and WBA belts (after beating Charles Martin and Wladimir Klitschko respectively) while Parker is the WBO champion. If AJ beats parker he will hold three belts.

Report suggests that the fight will happen on the 31st March at Cardiff’s Principality Stadium where AJ last fought and beat Carlos Takam. It appears that after, AJ plans to challenge WBC holder Detonay Wilder to try and hold all four belts.

A representative of Parker, David Higgins, has been in the UK this week to finalise negotiations and a news conference is expected to take place next week.

After contracts are signed, a statement will then be released by the fighters’ respective promoters, Matchroom Boxing and Duco Events.

Anthony Joshua v Joseph Parker poised to be confirmed in next 24hrs. Contracts expected to be signed imminently with joint statement to follow. Subject to that Parker will arrive in London by end of weekend + news conference next week. Fight reportedly set for Cardiff on 31 March pic.twitter.com/h3uyPrYAeU