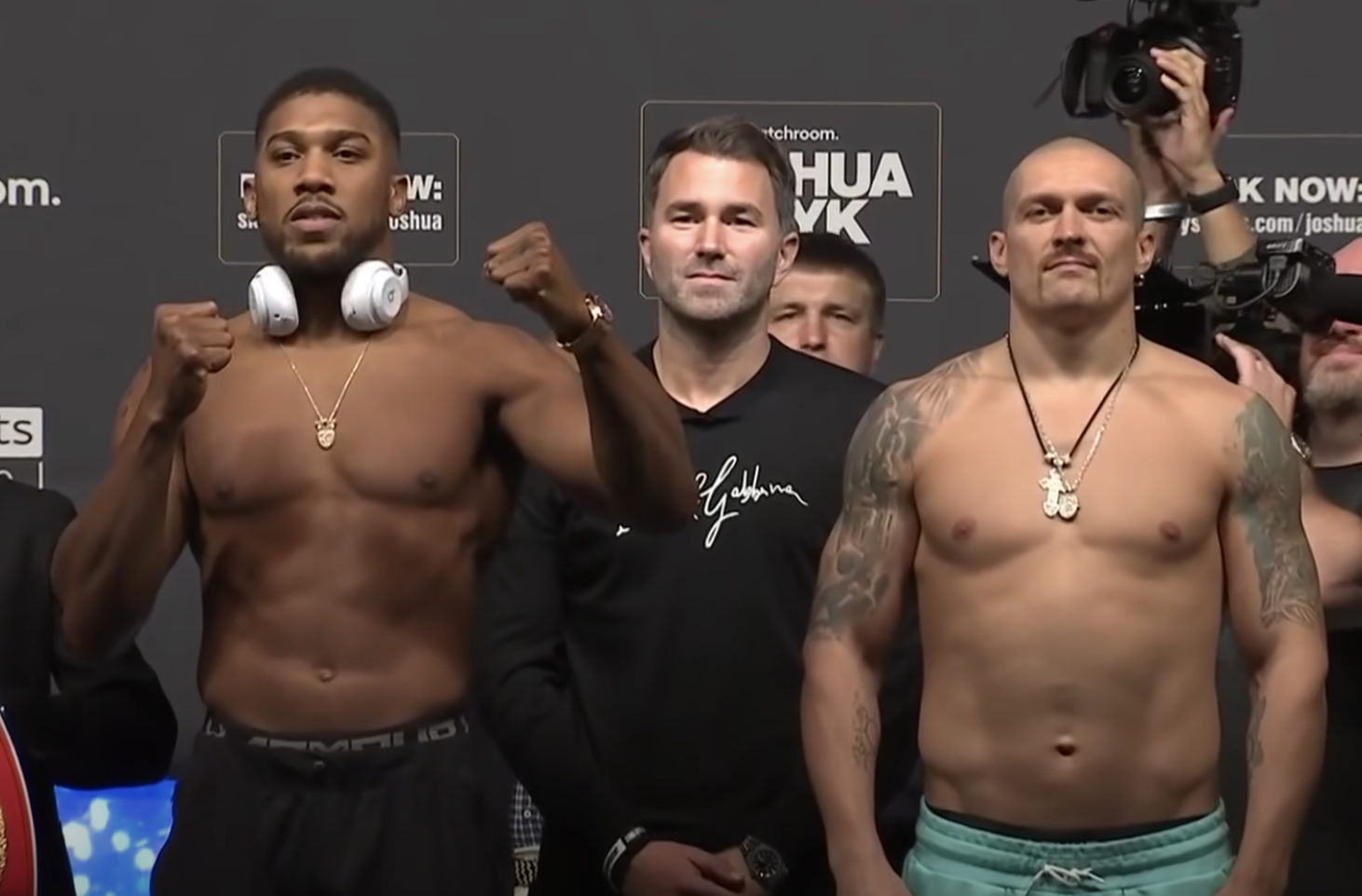 The date and location for the rematch between Anthony Joshua and Oleksandr Usyk has officially been announced!

Boxing promoter Eddie Hearn took to Twitter today to announce the fight will take place on August 20 in Saudi Arabia.

The bout will see the pair go head to head once again following their fight last September when Usyk beat Joshua on a unanimous points decision to become world heavyweight champion.

According to reports both men could be set to earn up to £100 million for the rematch.

“Fighting championship level back to back has had its pros and cons, but I decide every day to get stronger, to learn from my experiences and grow. A happy fighter is a dangerous fighter and I am the happiest and most motivated I have been.

Usyk said: “I have a goal, with the help of the Lord I will complete my mission!”