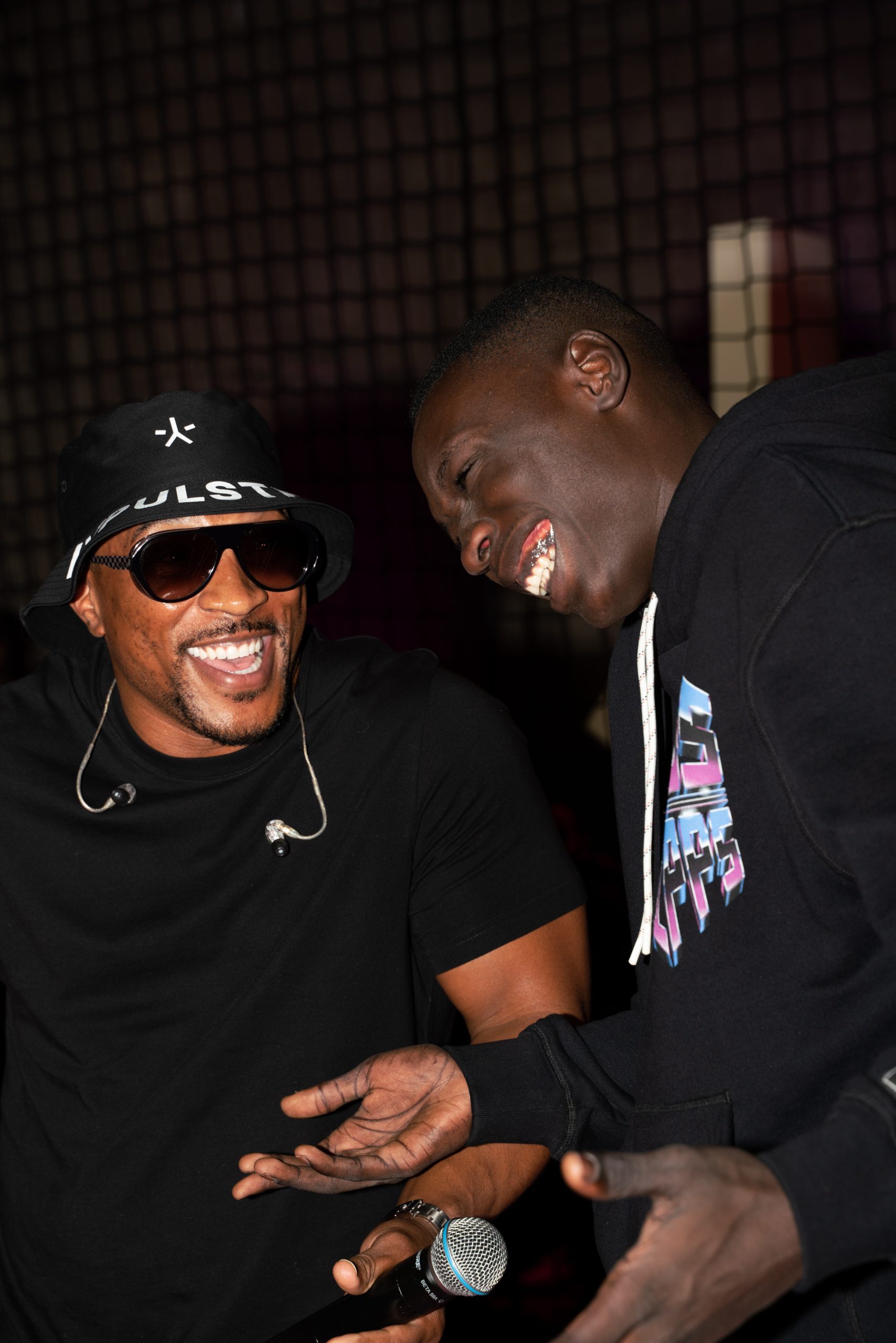 On 5th November, GRM had the pleasure of attending an unforgettable event held at London’s Tate Modern – Impulstar, France’s largest street-style football contest, brought their renowned community-run football tournament to the UK for the first time, in collaboration with Instagram. Impulstar is built around grassroots football, dedicated to providing a platform for underrepresented youth communities to showcase their talent on an international stage.

The exclusive event, hosted by YouTube star and artist Yung Filly, was buzzing with energy and passion throughout. Colourful hues illuminated the 5-a-side pitch in the main space, where the young players put their hearts and souls into the football games. There were surprise appearances from football legend Patrick Vieria, as well as Odsonne Edouard, who once played in the Impulstar tournament himself. A star-studded array of guests, including the likes of Khaby Lame, Jack Downer (“Street Panna”) and hundreds of other successful international content creators, also attended the event as part of the final day of Instagram’s Creator Week.

The day was rounded up with a selection of performances from some of the hottest UK and international talents right now, including Ashley Walters, Oxlade, Russ Millions and Highlyy. The event was an uplifting celebration of tomorrow’s talent, reminding us how important it is to cherish the gifted youth of today.

After his performance, we got the chance to sit down with UK icon, Ashley Walters, the award-winning actor and artist whose ground-breaking career has turned him into a household name. He was delighted to talk with us (“GRM all day long, man”) and shared invaluable pearls of wisdom as he reflected upon the day.

Impulstar and Instagram have come together to provide a platform for young people to showcase their talent in front of professional players, coaches, music artists and their community. What does it mean to you to be part of events like this?

“This is pretty much what I do it for – to be able to give back and experience this kind of connection with the people who support my work. Going deeper than that, what Impulstar are doing and their collaboration with Instagram is really important – we live in a world where social media platforms are king, they’re running the world. For them to be backing an event like this, where these kids are being given an international platform… for some, it can be a major life-changing opportunity. And if not, it’s at least going to give them confidence, it’s going to empower them and inspire them.”

You’re right… social media has changed the face of the culture. Across your career, how much have you noticed the impact of social media and its effects on the creative industry?

“It’s huge for me. Being an 80s baby, I grew up at a time where there were no mobile phones. I had to use the phone box to connect with my friends. Seeing the introduction of mobile phones and social media has been amazing. There are obviously pros and cons. We’ve had to deal with a new mode of communication but on the whole it’s been very beneficial for young entrepreneurs and for young brains and minds that usually go unheard. It gives them an opportunity to showcase their gifts and talents. You can find anything on Instagram, I think it’s great.”

We’ve heard that Instagram played a bit of a role in your Top Boy journey – could you tell us a bit more about that?

“Michael [Ward] DM’ed me three years before he got the part [of Jamie in Top Boy]. I never saw it, the message got lost in my DMs. But what he’d said was, if there was any work I knew about that could get him into acting, I should consider him. He said that one day he was going to be on Top Boy with me. What’s amazing is that Top Boy wasn’t commissioned at the time. We’d been dropped from Channel 4, we hadn’t yet received the Netflix deal and no one knew that was coming. But he spoke his situation into existence.

“The fact that you can have that connection with people you idolise or look up to through social media is amazing. I’ve made great connections through Instagram, and even though I didn’t see Michael’s message, there are so many great people I’ve worked with who have messaged me like that.”

There’s a huge number of talented young people here today. What words of wisdom would you share with young creators who are passionate about their craft but are facing doubt or resistance?

“Don’t fear it. You are going to be told ‘no’ at certain times and it’s not always going to go right. But you have to believe in the concept of always winning. Even when you lose, it’s part of your journey. That’s the learning curve. It’s never a loss if you learn from the mistake… There’s no person you look up to that has won at everything they’ve tried to do. You’ve got to be determined to be in it for the long-haul. If you’re not persistently honing your craft until the opportunities come around then you’re not in the game.”

You’ve had such a long and successful career in both the acting and music industry. A lot of people are very talented but do not achieve that success. What do you think set you apart?

“I guess just having a thick skin, never being deterred and being able to adapt. It’s been a hard road. I think the industry is so much more diverse and open right now. Things weren’t like that for me – there was just a handful of black people on TV when I started out, so it was hard to get work, it was hard to push through. The opportunities now are greater but there is still rejection and sometimes it still takes a long time. But you have to take the end goal out of your head and just focus on waking up every day and being the best that you can be.”