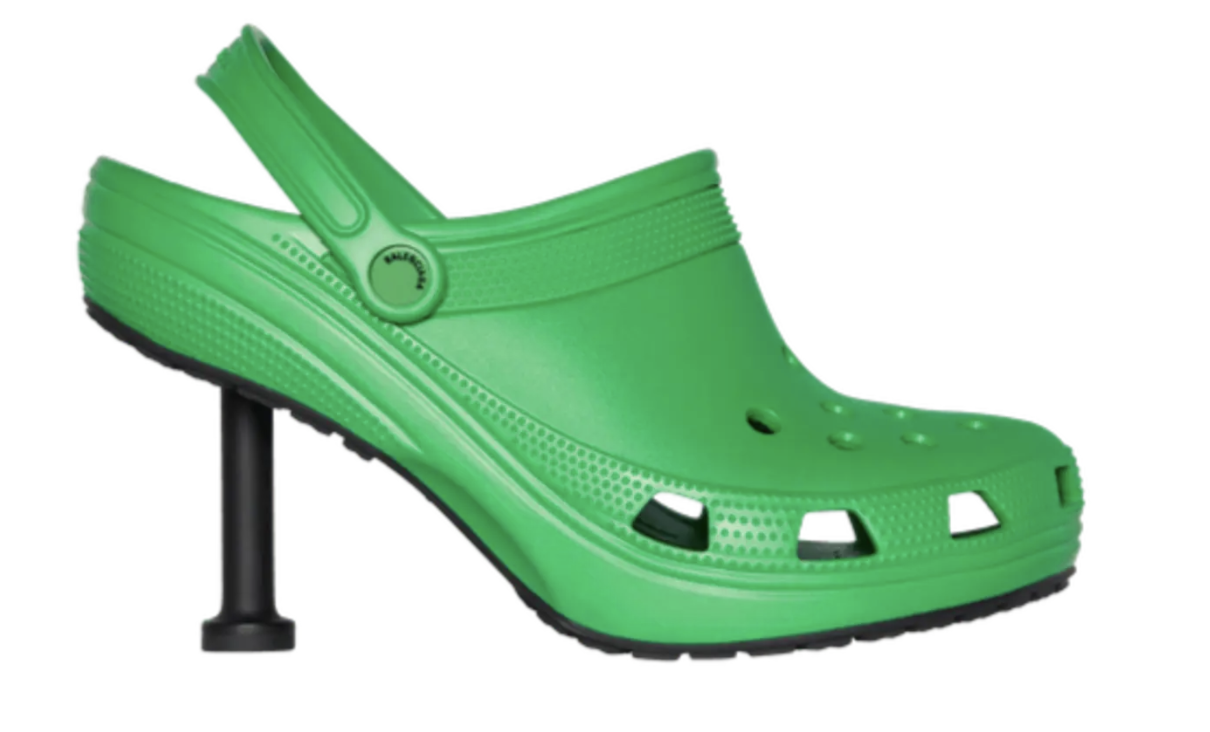 High-end fashion brand Balenciaga and clog company Crocs have teamed up to create a shoe that is definitely one of a kind.

The collaboration between the two brands – which is a cross between Crocs and stiletto shoes – was unveiled at Balenciaga’s latest runway show for their Sping 2022 collection. The shoe is expected to come in various colourways including black and green.

This isn’t the first time the two brands have collaborated as they worked on a pair of platform clogs back in 2017.

“We were inspired by Crocs and we worked with them on a Balenciaga reinterpretation,” Balenciaga’s Creative Director told French Vogue in 2017. “Balenciaga x Crocs isn’t impossible, the question of taste is a very subjective value. We’ll see if this works in six months’ time in the stores.”

He also described Crocs as being “the comfiest shoes”.

In addition to the high heel shoe, the collection will also feature a knee-high boot.

No price has been set for the upcoming Balenciaga x Crocs collab but their 2017 platform clogs cost $850 (£600) so we can expect the new shoes to be just as pricey.