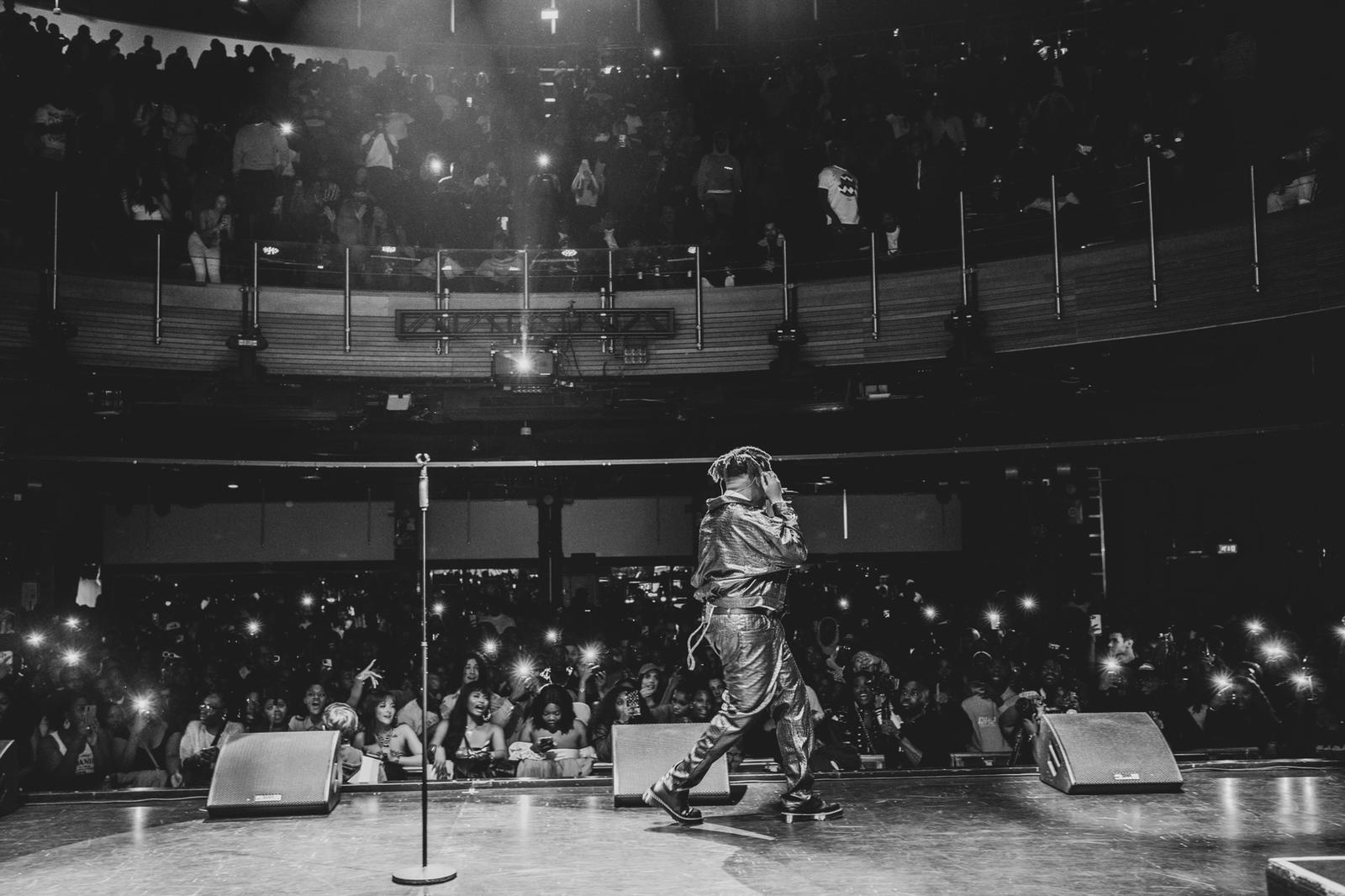 Bnxn, formerly known as Buju, has only hit the airwaves four years ago yet in this time he has not only crossed the bridge between Gbagada and London but he has also thrown a wholesome celebration on it with his talent and uplifting energy.

Since his come up Bnxn has worked with a vast array of high calibre artists and producers from Nigeria and the UK. He has been feeding the beautiful relationship between the Nigerian and British music industries with incredible collaborations with great names such as JAE5, Giggs, Dave, Headie One, TSB, B Young, M Huncho, Darkoo and Juls.

On the Nigerian front, he has secured features from the likes of stars such as Burna Boy, Wizkid, Zlatan, Wande Coal, Pheelz, The Cavemen, Zinoleesky and Olamide. In the meantime he also continued to work with up-and-coming artists, proving that his love for music is absolute and beyond any status barriers.

Three months ago Bnxn released his sophomore EP called ‘Bad Since ‘97’, and after touring the world over the summer to promote it the Nigerian rising star made another stop in the UK to deliver an incredible show at the Indigo O2 on Friday, 26 November.

The show was opened with highly energetic, feel-good performances by the very talented supporting acts Natalie Okiri, K4MO, Highlyy and Ade Josh who entertained the crowd before Bnxn stepped on stage.

Bnxn was accompanied by an exceptional live band and three amazing backing singers, together offering beautiful renditions of his well-known hits such as ‘Feeling’, ‘Kilometer’ and ‘Spiritual’, and of course tracks off his latest EP such as ‘Kenkele’, ‘Many Ways’, ‘Bad Since ‘97’ and ‘Loose Emotions’.

In a heartwarming moment at the start of his performance, Bnxn showed solidarity with Davido through a touching gesture as he played his song ‘Dami Duro’ and invited the crowd to join him. “This one is for Davido,” he could be heard saying multiple times.

Throughout the night the Nigerian artist was joined on stage by three special guests – Darkoo, Pheelz and Headie One – with whom he performed ‘Bad From Early’, ‘Finesse’ and ‘Princess Cuts’, which were received with much excitement by the audience. In response, fans threw their phones on stage and to their delight, Bnxn and his guests didn’t hold back from blessing them with a few wholesome videos.

Unexpected technical difficulties were a test that the Gbagada rising star passed with grace as he was performing ‘Bad From Early’ with Darkoo. Darkoo even entertained the crowd with a wholesome attempt at Burna Boy’s moonwalk dance move whilst the issue was being looked into, which everyone loved. The way the two artists came back from what could have been an unpleasant moment made the show even better and more captivating, revealing their spontaneity and adaptability in a very charming manner.

The venue was constantly filled with lights from the audience’s phones as Bnxn’s delivery was impeccable and the thousands of people that filled the room could be heard constantly singing along, which inspired him to use the mic stand to reach the crowd in the first row and amplify their voices. The energy that the Nigerian artist emanated throughout the night was always pure and filled out the whole venue, touching everybody’s souls visibly as they kept moving to the sound of his music.

The Indigo O2 show marked a series of proud moments in Bnxn’s career, starting with his elevation in sound and also his career growth as he moved from performing in a 750-capacity venue at Lafayette last year to selling out a venue triple that size exactly one year apart. Concomitantly, the amplitude of his sophomore EP, which is directly proportional with his career’s ascension, surpassed the success of his 2021 debut project by far.

Most importantly, the show marked Bnxn’s rebirth as an artist as this was his first-ever performance in London since his recent name change. His performance put a stamp on this transition and validated it, demonstrating that whether called Buju or Bnxn, he rides at the top of the Afrobeats wave and his talent serves as a vessel that secures his deserved spot. London is looking forward to welcoming him back soon.