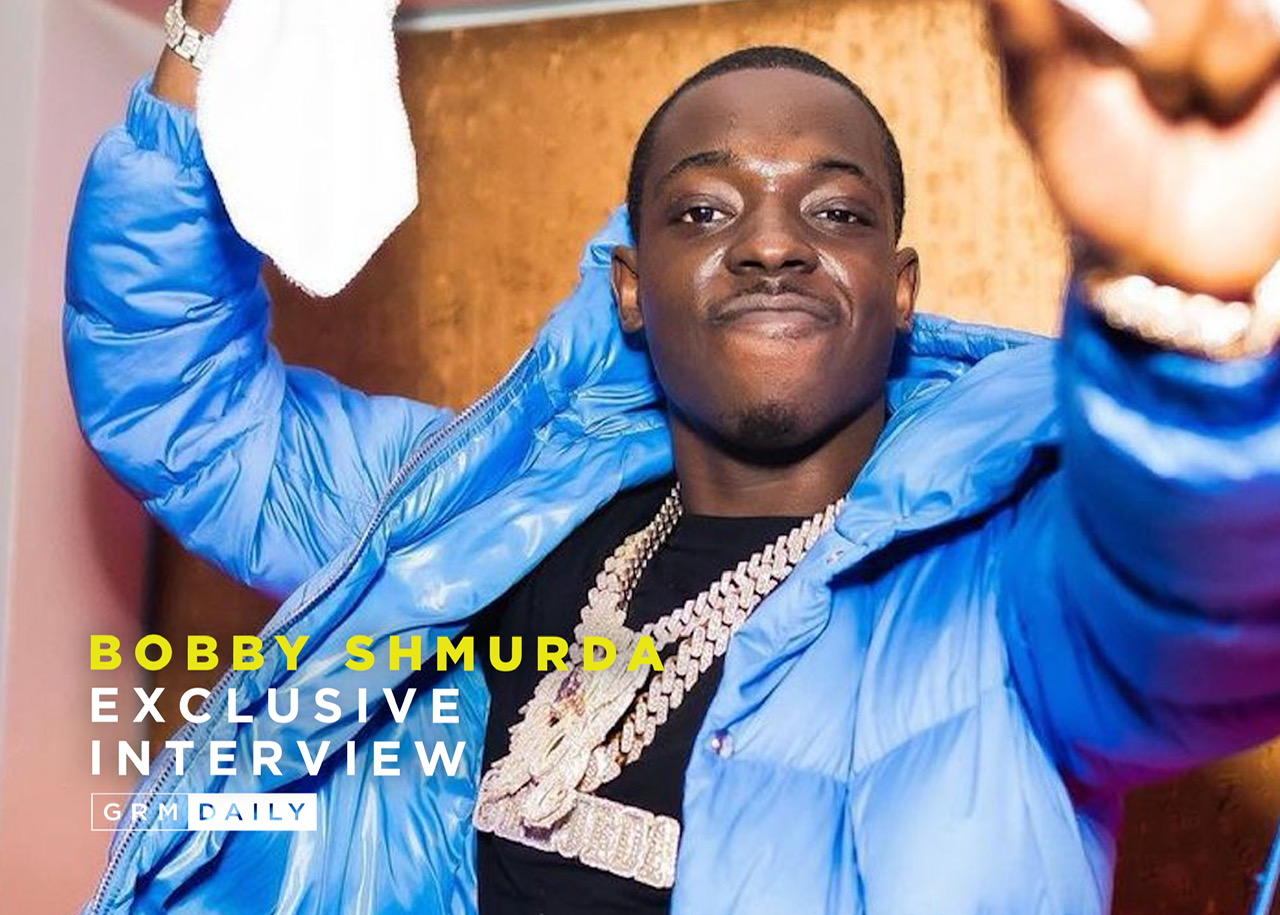 After six years in prison, Bobby Shmurda was finally released last year much to the delight of hip-hop fans across the globe. Despite being out from behind bars, he didn’t necessarily feel like a free man. The cause of his woes? Being signed to a major label.

“I ain’t been in charge of my music since I was 19 years old and I jus turned 27 and honestly idk when s**t dropping so don’t ask me s**t go ask them mf’s since they wanna control everything!!!!!!!” he added.

It seems like venting may have worked because after months of expressing his frustrations, Bobby was released from his label in March and he’s definitely in a good space at the moment. “I feel like I’m getting my strength back,” he tells us. “Having your work in your hands feels way better”.

He’s now gearing up for the release of his debut album, Ready To Live, and we caught up with Bobby to speak on the project and everything else he’s got going on right now.

First off, how does it feel to be independent and how are you finding things on your own?

“What I can just say about being free is you don’t have to ask nobody, you can see everything. You know when motherf**kers playing you, you know when people doing s**t. The game is a tricky place so you’ve always gotta be on top of your business.

“An artist is the boss of his business because he’s the brand and sometimes they don’t stress this enough to artists. Artists are supposed to be checking in on their business. Having your work in your hands feels way better. You get better love because people see you now.”

Do you think you’ll sign with a label again or are you gonna stay independent?

“I won’t ever go long-term with a label. I don’t mind doing an album or having a partnership with a label but me being locked in where I can’t talk, this, that and the third? And I’ve gotta wait for them? I ain’t ever doing that again. A partnership can possibly happen.

“When you live that celebrity life, there’s so much s**t occurring – family, homes, friends, business, social media. So much s**t occurring that sometimes you don’t get to pay attention to s**t. Now I’m independent, everything comes to me. People gotta check in like ‘yo you’ve got this for today. What you feel like doing? These are your options’. Being able to have options is better than anything in the world. That’s freedom.”

This year you’ve gained your independence and last year you got your freedom back after six years behind bars. How would you say that situation changed your outlook on life?

“I learnt all types of s**t. I read a lot about the game and I read a lot about the industry. I done all my research when I was sitting in jail then when I came home I knew way more than the artists that were outside! I wish somebody would’ve schooled me when I was 18/19, I wouldn’t have been through mistakes that I went through. I wouldn’t have had none of that s**t. If I go through something, I don’t want nobody else to go through it.”

I feel like everyone’s so invested in your story. Being away for six years – after making a hit like “Hot N***a” – means you and your music are still in high demand. How do you deal with that pressure?

For years people have been saying Atlanta is the new home of hip-hop but right now New York is making some serious noise. What do you make of the current NY scene?

“I’m back! New York’s making noise, I’m back! The don dada’s back, the general’s back! I look good, the b*tches love me. The raps is there, the dancing’s there – I’m holding it down. The king of New York is back, you know what I’m saying?”

We’re hearing a lot of NY drill. Are we gonna hear Bobby Shmurda on drill soon?

“I don’t do drill, I ain’t gon’ lie to you. I do Shmurda music. Everything them n****s do, I don’t do! Them n****s go that way? I’m going this way! You go listen to everybody’s sound and then you’re gonna listen to my sound – they all sound alike! I can’t sound like everybody. I can’t go to the party with the thing that everybody got on – I’m too much of a leo [laughs].

“It’s Shmurda music, that’s all I’m letting go. It’s fun, it’s wild, it’s gangsta, it’s exciting, it’s like ‘yo what the f**k is going on?!’ With the music I just want you to feel like you’re just in it, it’s that emotion. That’s what I grew up on. I’m Jamaican so I grew up on reggae so the music’s gotta be a feeling. I gotta feel it.”

Last week you dropped your video for “They Don’t Know” which is full of viral dancers. Obviously there’s been a few people criticising your dancing on social media, is that video in response to those people?

“I love dancing! N****s mad they can’t dance so they gotta go type about it. I love dancing, girls love when I dance too. You’re always gonna have motherf**kers criticising.”

“They Don’t Know” is from your upcoming debut album. What else can you tell us about the project? Any collabs?

“We got some serious collabs. We got DaBaby. I know ya’ll f**k with DaBaby in the UK, that’s my guy! We’ve got Quavo, Meek – we’ve got a couple people on that b*tch. It’s like eighteen songs, it’s called Ready To Live. It’s so much energy on it! Like down to the lowest songs, like the songs that are calm have so much energy on it. Like “They Don’t Know”? Those are my calm songs on the album Everything’s ready to live! Everything you hear is like ‘yo this motherf**ker’s giving me that feeling again!’ Like you wanna dance, wanna wild out like you’re sixteen and don’t give a f**k.”

Can you tell us when it’s dropping?

“Summer – it’s dropping in the summer! I’m gonna be running around the summer crazy. I’ve got 49 minutes on this f**king album, this s**t’s gonna go retarded!”

You’re known for your energy on tracks but what’s it like when you’re creating in the studio?

“I’m just acting like I’m in class again having fun, you feel me? Just wilding out and having fun talking that s**t, talking some real life s**t. My whole thing is I always wanna talk real life s**t but I don’t want it to feel boring. So you party to the realest s**t ever, that’s how I grew up. Like reggae, it be the realest music but you can dance to it.”

Going back to collabs and link ups, last year we saw you connect with our very own Russ Millions in the studio. How did that link up come about?

“We might get some s**t popping soon, that’s the lil cuz. He linked me through one of my guy’s Steff, he manages one of the homegirls down in Florida. He hit me with that ‘yo bro I’ve got this kid from UK, he’s lit and he’s rapping what you rapping too. You gon’ like this n***a!’ As soon as I’ve seen him, I was like ‘yeah he’s a go’. I liked him and we chopped it up.”

Which other UK artists are you feeling right now?

“You know I f**k with Giggs heavy. I like the whole Top Boy production s**t. Their soundtrack, some s**t’s they be coming out with heavy.”

You always rep for Jamaican and last year we saw you link up with Skillibeng. Are there any other Jamaican artists you wanna collab with?

“Shenseea. She’s dope, I listened to a couple of her tracks. I like all reggae artists, I listen to everybody. That’s why I love the UK. It’s like rap with reggae/bashment in the mix. That’s the type of s**t I be on, that’s why my style is super different in America. I’m super Jamaican but I’m American too, I grew up in Brooklyn. So it’s just different.”

You’re independent, your new single is out. What else can we expect from Bobby Shmurda in 2022?

“The album Ready To Live! S**t getting popping on TV, I’m gonna be in some films. I’m working in Saudi Arabia right now, some business s**t I wanna announce hopefully by the end of the summer. We got shows popping off, I should be heading out the country soon so we’re setting up a tour for the album. We’re doing a whole bunch of s**t right now!”