Covid-19: Boris Johnson Confirms ‘Freedom Day’ Will Go Ahead In England On July 19 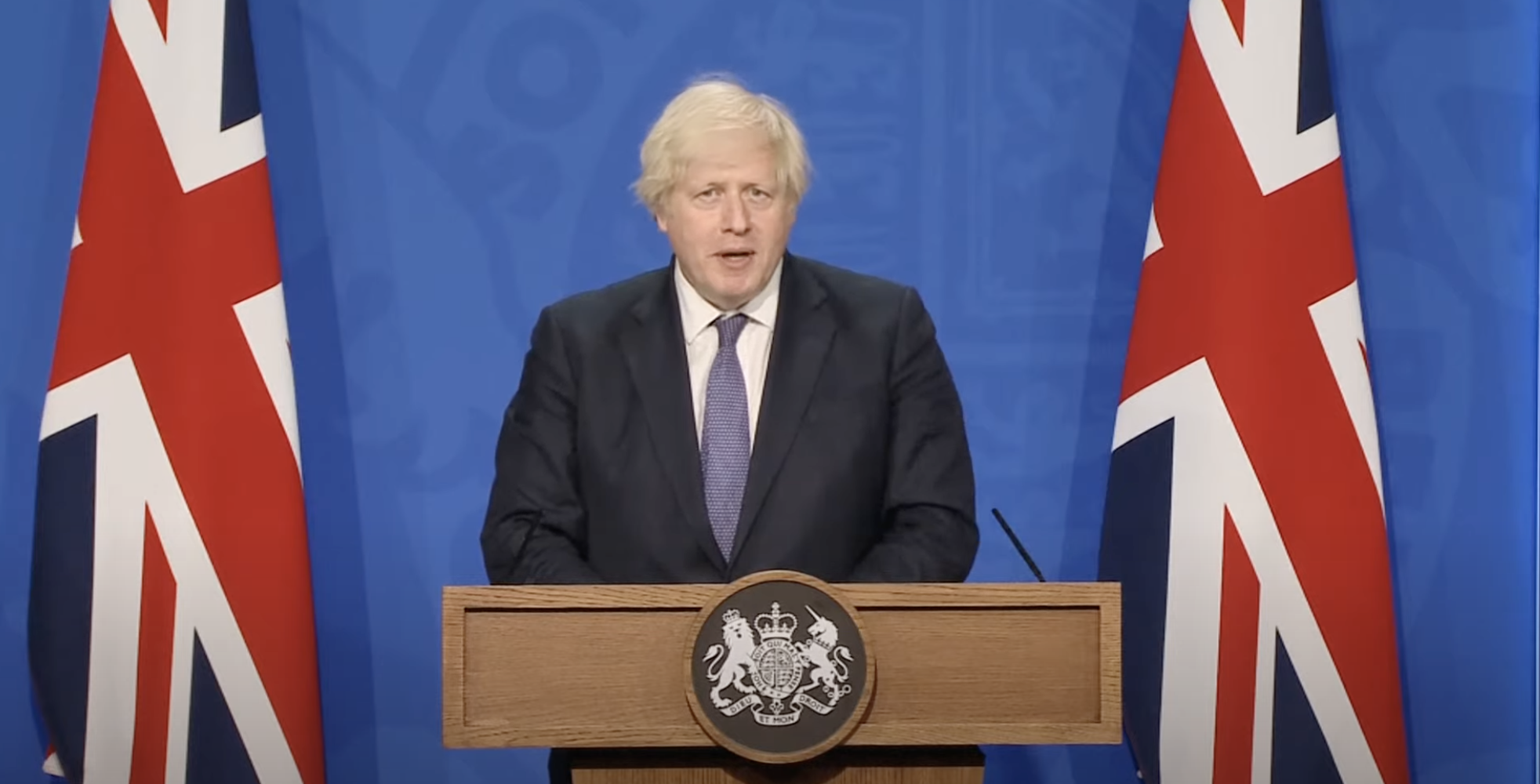 England will move into the fourth stage of the government’s roadmap out of lockdown in a week’s time as planned, Prime Minister Boris Johnson has announced.

The Prime Minister confirmed the news in a Downing Street press conference this afternoon (July 12).

During the conference, Boris Johnson said all social distancing measures and legal limits on social contact will be scrapped from next Monday (July 19) – which is being dubbed as ‘Freedom Day’ – as he believes now, instead of winter, is the right time to open up the country.

He also confirmed that businesses that have been forced to remain closed during the pandemic, such as nightclubs, will be allowed to re-open.

However, club-goers may need to show proof of a coronavirus vaccine as Boris and his government are encouraging businesses and large events to use Covid certification when hosting high-risk events.

Certification will involve showing the NHS app, showing a NHS text or email proving a negative test or showing a positive PCR test from the last six months to suggest immunity from the virus.

The “work from home” instruction is another restriction that will be lifted on July 19 but businesses will be discouraged from brining all their staff back to the workplace at once.

Last week Boris Johnson said mask-wearing will become a matter of “personal choice” and “personal responsibility” once the nation reached Step 4 but it looks like the government’s stance has changed as they now “expect and recommend” that people in England continue to wear face coverings in crowded areas.

He added that it is “vital” that the nation proceeds “with caution”.

‘Freedom Day’ was initially scheduled to take place on June 21 but was pushed back following concerns about the Delta variant of coronavirus.

“I cannot say this powerfully or emphatically enough,” Boris said, “this pandemic is not over.

“We cannot simply revert instantly to life as it was before COVID.”