GRM Exclusive: We catch up with Compton Native Buddy to talk ‘Janktape Vol 1’ and what’s in store next 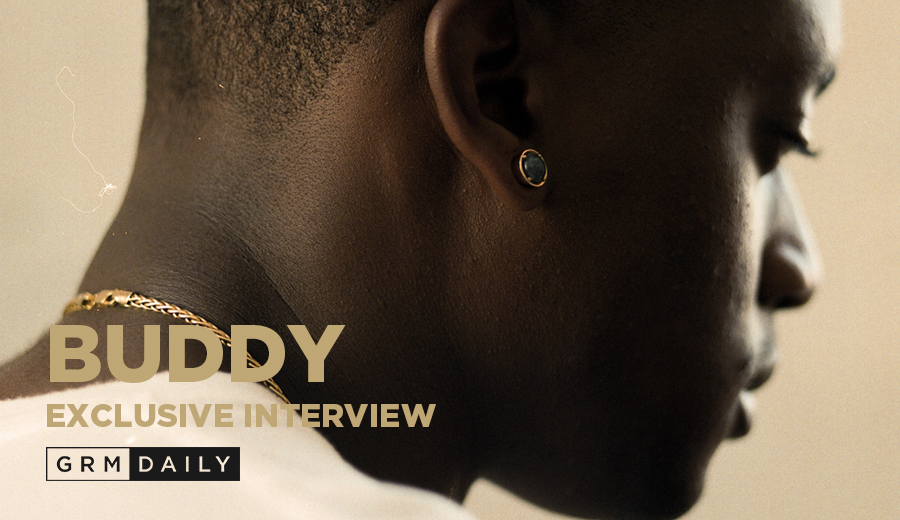 Following the recent release of his joint mixtape Janktape Vol.1, with Kent Jamz, we caught up with LA talent Buddy. The versatile rapper began his upwards trajectory with the release of debut album Harlan and Alondra, named after the cross streets where he grew up in Compton, which he takes pride in being the influence of his music. He has worked with, and had the guidance of some of the biggest names in the industry such as Pharrel and Kendrick. We’ve been lucky enough to sit down with the him to hear all about his career so far!

So, when did music start for you, what is your first musical memory?

Your dad was a church director? So how did that impact your journey at all?

“I just got used to being in the forefront of things, you know, watching my dad delegate in the position of leadership and just being in front of an audience, you know what I’m saying? Just getting comfortable in front of people, singing, talking etc.”

So the church was a confidence builder for you?

“Yeah, I learned how to deliver a message to a lot of people.”

So you’re from Compton right, how does that inspire your music?

Just my environment, growing up there. I didn’t always stay and hang out in Compton, but I would like, take the train – I went to school in Long Beach and did a bunch of extracurricular activities in L.A. So, I would move around and wouldn’t just stay there, but I’d always go back and there’d always be like “Compton shit” and that really builds character.

Yeah definitely, so then how would you describe your sound?

“I’d just call it tight. I think it’s tight. I be singing and I be rapping, just try to make people feel something and try to keep it fun and relatable and just come through with God-level rap bars.”

So how long did it take you to find your individuality? I know you’ve been around some big names like Kendrick and Pharrel. How did you find Buddy’s way of delivering music?

“Aw man, it’s a constant stage of development. I feel like people still associate me with everybody who I have been associated with. So I’m still solidifying my independence in the game. I feel like my first album Harlon & Alondra definitely set me apart and just being in LA working with my own producers, finding my own producers like Mike & Keys, Brody Brown and 1500 or nothin’. Just creating my own sound, just in the studio everyday, dedicating the work to sound like ME.”

Growing up, who did you listen to?

“I listened to a lot of gospel music! But eh, I listened to old-school rap like Tupac and Biggie. I listened to the radio a lot, Chris Brown was always on the radio and T-Pain, I’m also a big Wu-Tang Clan fan– I love Method Man! The list goes on, DJ Quick and Snoop Dogg of course. All the good stuff.”

And who would you say is on your playlist right now?

“I’m listening to all my friends, I’ve got so many talented friends. Smino, SiR, GUAPDAD, the homie J Cole, Baby Keem is tight! It’s so tight to be in a community with a bunch of talented people to keep me motivated.”

So your first release of the year was a joint project JANKTAPE – featuring your friend Kent how did that come about?

“Well, I was working on my album for like a year since the last one and it’s already done. However, since the pandemic happened and everybody was on lockdown, me and my homie Kent decided to put something out for the world so they can listen to it when they’re at home chilling. I’m still packaging my album up and he’s packaging his album up so we just wanted to put music out just hold everyone over.”

So we can expect another project from you later on this year?

“Oh for sure. Dropping an album.”

What’s the best thing about working with Kent Jamz?

“It just doesn’t even feel like work, we just have so much fun. It’s so natural for us to make songs, we’ve been doing this for so long, it’s just like we’re hanging out in the stu’. Our friends be producing the beats, so they just make beats and we rap, it’s more like kicking it than working. I’ve been in sessions with writers and had schedules to work with producers. Sometimes it feels like work because you don’t know the person and it’s not your vibe.”

What was your personal favourite from JANKTAPE because mine is definitely “She Think”.

“Really? My favourites be switching. Right before we dropped it, my favourite track was “Inconsistent” and it’s not even a full song it’s just an amazing vibe. So quick, honest and transparent. I can just see people singing along, because I’m a rapper but when I be singing people be like “Oh okaaay?”. But the day that it dropped it was “For The Ladies”. “She Think” is definitely tight though.”

So since JANKTAPE was a vol.1 can we expect another one with Kent Jamz?

“We are the JANKS, we’re trying to build a world called “JANKY World”. We’ve got a bunch of JANKY friends and we’re just teasing music but we’re going to turn into a whole institute. So yeah, we’ve already got more songs in a folder.”

Do you ever see yourself working with a UK artist?

“Yeah, when the world opens up again, imma pull up and see what’s cracking!”

Last but not least, what would you like your legacy to be in the music industry?

“I just want to be the fun guy that makes you feel something. Classic and timeless you know? I’m trying to make forever–music.”