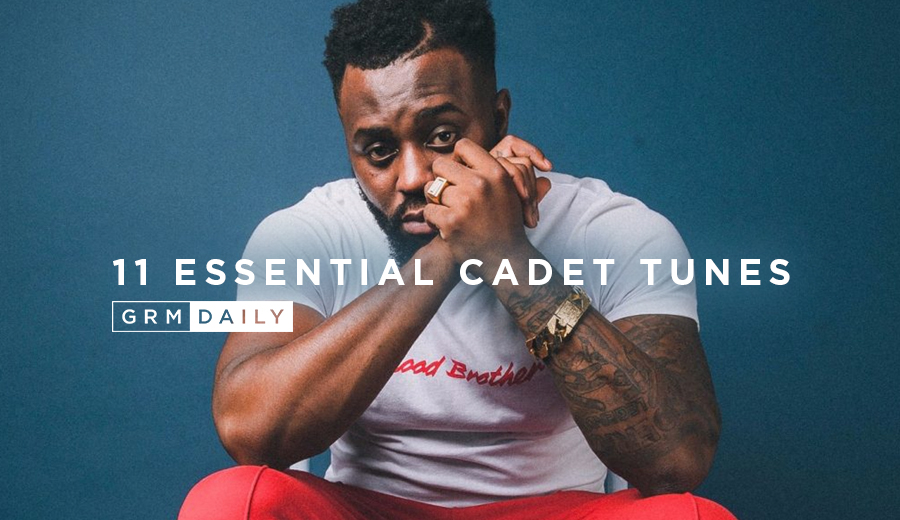 On what would have been his 30th birthday, the star’s friends and family announced his debut album The Rated Legend will be released on April 10th 2020.

The talented artist was in a car accident whilst on his way to a performance in March 2019, which has since seen the world show nothing but love and tributes to the star.

Through the list of bangers he’s made we’ve rounded up 11 of Cadet’s most essential tunes.

You can’t possibly think of Cadet without hearing his track with Deno, “Advice”. It’s a certified club banger and always gets people hyped up at concerts.It was even played at Krept and Konan’s O2 Arena performance in December 2019 and everyone went mad while remembering the legend.

Cadet was always one of the hardest in the game when it came to story-telling and something about “Closure” makes you stop what you’re doing to listen to the full 7 minutes, even when it’s the 100th time you’re hearing it. It was the anthem that sparked men hitting back from the #MenAreTrash vibe, with #WomenAreTrashToo, and Cadet came through with receipts.

Daily Duppy! Hits different when Cadet jumps on it, especially his second take. Effortless bars controlled the entire track and definitely had people thinking he made it look too easy.

Slut Freestyle is that one tune where the South London star talks and we listen. Every lyric in the freestyle hits like it’s brand new and with the track coming out in 2015, Cadet only proved that he never ran out of quality in his songs over the years.

In true Cadet style, “Support Me” gives a deep storyline – this time about supporting your significant other throughout difficulties in relationships. The music video is a hard-hitting short film which outlines just how creative he was.

Undoubtedly one of the best known in the Behind Barz series. Cadet once more dropped raw pain and emotion on this one, something which in years to come would become his trademark and fans looked forward to hearing from him every time he got on the mic. His uncanny ability to provide the listeners with candid, honest storytelling really set him apart from his peers.

Cadet’s iconic Warm Up Session. This would be many peoples introduction into Cadet’s introspective style that endeared him to many fans the world over.

The track is undeniably heartfelt as he penned a letter to his cousin and fellow star Krept. Throughout his admiration, Cadet opens up about their relationship and even ends the track with a phone call to Krept to tell him he loves him, once again giving a personal element to his music.

He hopped on “Southside” with Geko and exercised his rhymes on a faster beat. The 2017 track saw Cadet’s wavy lyrics shine through.

Stormzy and Cadet showed their pure lyrical genius in “Dungeon Dragon”. The South London artists dominated Nicki Minaj’s sample instrumental with insane raw talent, all the way back in 2011. Cadet kicked off the tune with a verse full of punchlines and it was only up from there.

Top two and it’s not two – “Stereotype” is another level of unfolding a story and you can feel the passion in his words a mile off. Last but definitely not least, it’s an essential tune that shows you the unique art he produced and that’s why we’re still blasting these songs today, RIP Cadet AKA the Rated Legend.