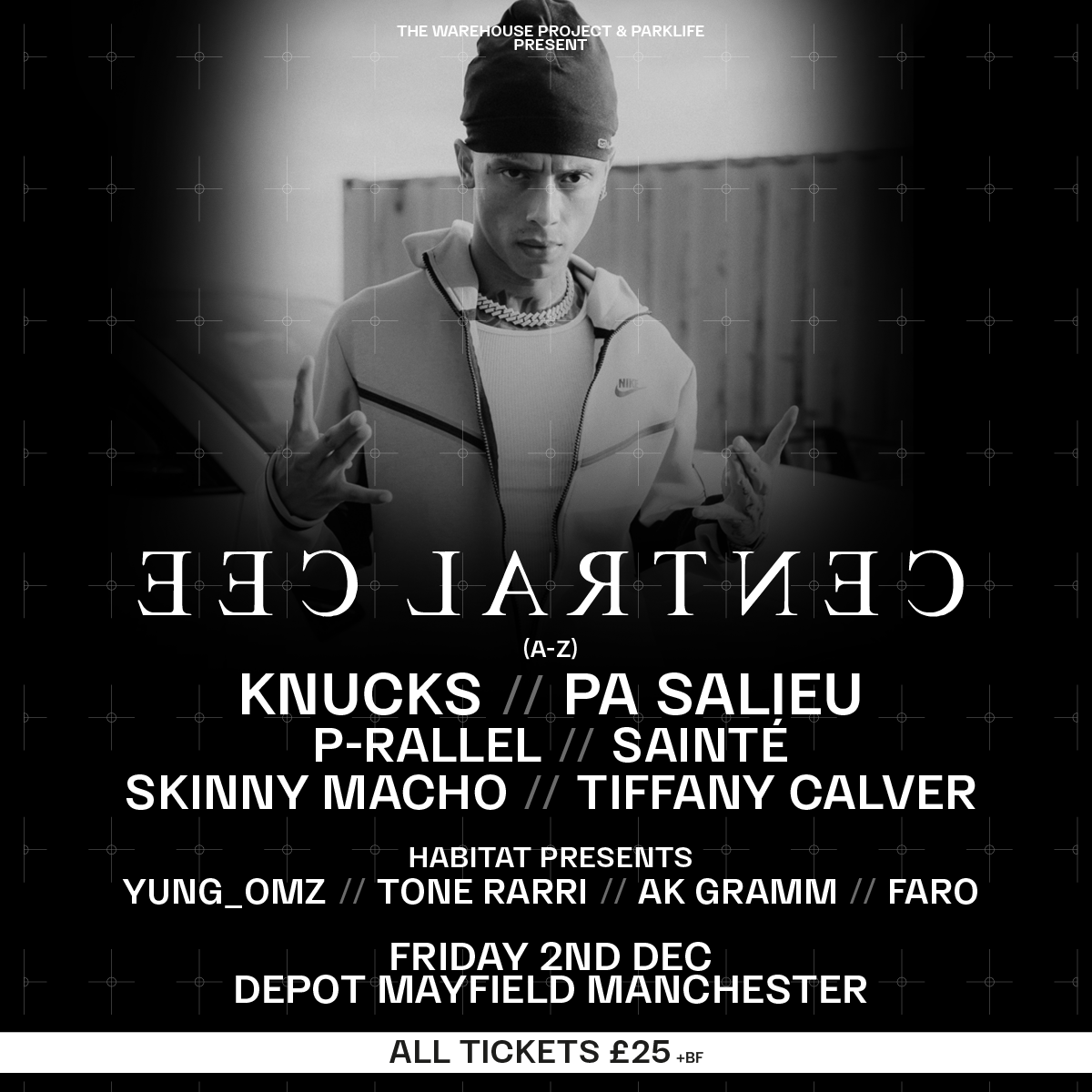 Central Cee will be joined by Knucks, Pa Salieu, P-Rallell and more at his Warehouse Project debut in Manchester this December.

Performing on Friday 2nd December, Central Cee will be joined by a stellar line up at Depot Mayfield for The Warehouse Project and Parklife present Central Cee.

Pre-sale tickets will be available on Thursday 29th September from 10am. General sale is available from Friday 30th September at 10am.

This performance from Central Cee follows up the release of his critically acclaimed mixtape 23.

The West London hailing artist is nominated for Track of the Year, Male Artist of the Year and Mixtape of the Year at this year’s Rated Awards.