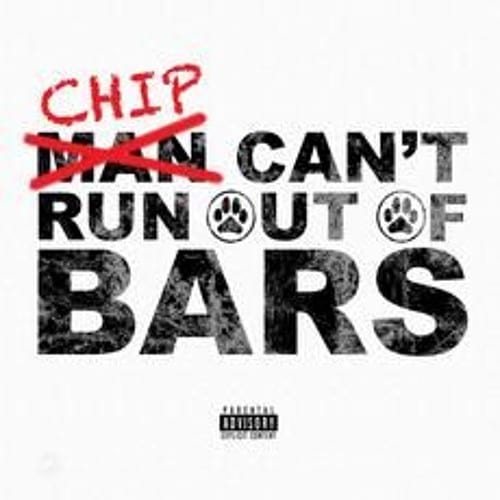 By now we really do know that man just can’t run out of bars, and Chip has proved the point again by releasing a new banger.

“Can’t Run Out Of Bars” is a thumping declaration from the Tottenham MC, as he puffs out his chest and drops some serious bars over the hard-hitting riddim. Whether this is a part of a larger project – we’re still anxiously waiting for a new proper album from him – or just a stand alone single remains to be seen, but what we do know is that this absolutely bangs.

Keep up with everything Chip has been doing recently, by checking out him in Nafe Smallz’ “Smokin'” remix here, as well as reading what he could have been up to with Skepta and Drake here.