GRM Exclusive: Chunkz tells us how he deals with online trolls, gives us the scoop on his new Anti Bullying track & More 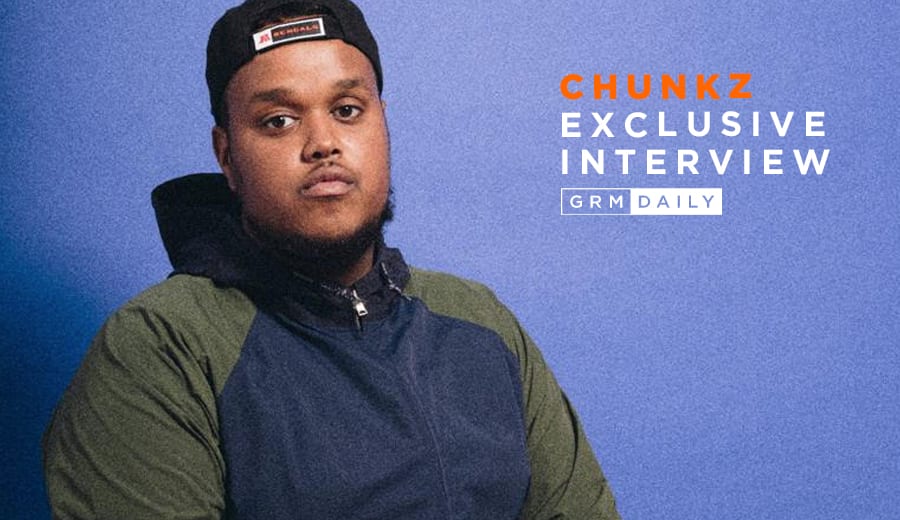 In honour of anti-bullying week, online sensation Chunkz has collaborated with Instagram and Cybersmile to create an “Anti-Bullying Track”. The track aims to highlight issues of bullying and banter being taken too far. We caught up with the man himself to talk about anti bullying and a load more. Check out the full conversation below!

Can you tell us about the song and why its message is so important in today’s society?

“Bullying is something I’ve felt strongly about for the longest. So with it being anti bullying week, I wanted to make a song just helping out all the victims, just letting them know that I’m against it. Hopefully it stops one day.”

What experiences have you had with either bullying or banter being taken too far?

“I haven’t necessarily experienced being bullied, thank God, but yeah there are definitely times where banter has been taken too far. In these circumstances you just have to let people know that it’s gotten to a point that you’re not comfortable with.”

In your own words, how would you describe the line between pure banter that’s acceptable, and banter that’s crossed the line and become a form of bullying?

“It’s just about how the person takes it at the end of the day, like everyone’s different. For example, I don’t mind my friends taking the mick out of me, but there are some people who don’t like being violated in their friend groups. I feel like it all depends on how comfortable the person is with the banter. One person may take things differently to another person.”

“So at the start of my career, it affected me a little bit because I was so self conscious. Now obviously its a little different, as I’ve been in the game for five plus years, so I’m able to just shrug it off. Like it doesn’t really affect me now because someone is behind a computer screen, they don’t know me personally.

“But yeah I just kinda deal with it cause I’m like, this isn’t a real person, it’s just comments on a screen, so I just don’t let that get to me.”

People always say, “Don’t care about what people think of you” or “Pay no attention to the negative comments”, but as a content creator, I’m sure you want people to have good opinions and reviews about your YouTube videos, music or shows, how do you find the balance between not caring about what others think of you, but also caring to produce content that people will love?

“You have to be sure of yourself. You have to have confidence, because at the end of the day, I know when I’ve done something wrong and I can put my hands up for it. But If I feel like I’m not doing anything wrong and I’m still getting negative comments, I won’t let that affect me because I’m very sure of myself.

“Thankfully I’ve got good people around me that can constantly confide in me, and I can confide in them as well.”

In regards to your work, would you say that your excitement and passion when releasing a new song is the same level of passion you have when releasing new social media content?

“I’m more excited when I’m releasing the music stuff since its newer to me. But I still get a similar level of excitement when I’m uploading content because I love to entertain the people. There are a lot of supporters that have shown mad love, and for that I’m so appreciative and humbled. So when I release content or music, I’m happy either way.

Working on your shows like Does The Shoe Fit?, there’s a lot of comedy that’s produced for viewer’s entertainment and a lot of banter between you, Filly, Konan, Harry (Pinero)  and even the guests at times. How do you guys make sure that the banter stays banter and no one gets offended?

“To be fair, the advice I have for people that are crossing the line is that you have to know your audience. You have to know how you’re affecting people, so if you can tell because of someones body language that they’re not enjoying what’s happening, or they’re telling you to stop, you have to stop ’cause now it’s becoming bullying. You have to understand people’s limits, and we can’t really tell people who take banter to heart how to feel about it.”

For the people who may be struggling to find the exact words to tell their friends who take banter too far, how would you advice them to handle a situation like this?

“The way I deal with confrontation is I like to pull someone to the side and have a one on one conversation. It’s better than blasting it out in front of everyone, ’cause I feel like it’s more embarrassing if you do it this way.

“But if you were to bring someone aside, on a one on one level and just say to them: ‘Mate, what you did to my guy, was a bit over the line. You can tell he was uncomfortable. I understand you’re trying to have fun but you have to also know when you’re going too far.’

It’s just about being respectful, but also being firm and letting them know that it’s not on.”

To find out more about the campaign, check out the information below.

Chunkz is working with charity Cybersmile and Instagram on their Bullying or Banter? No Offence campaign, to get people talking about when banter goes too far and setting personal boundaries online. To learn more about how to set your own rules of communication online, visit: