GRM Exclusive: Is ‘Crabs in a Bucket’ Nines’ best work to date? 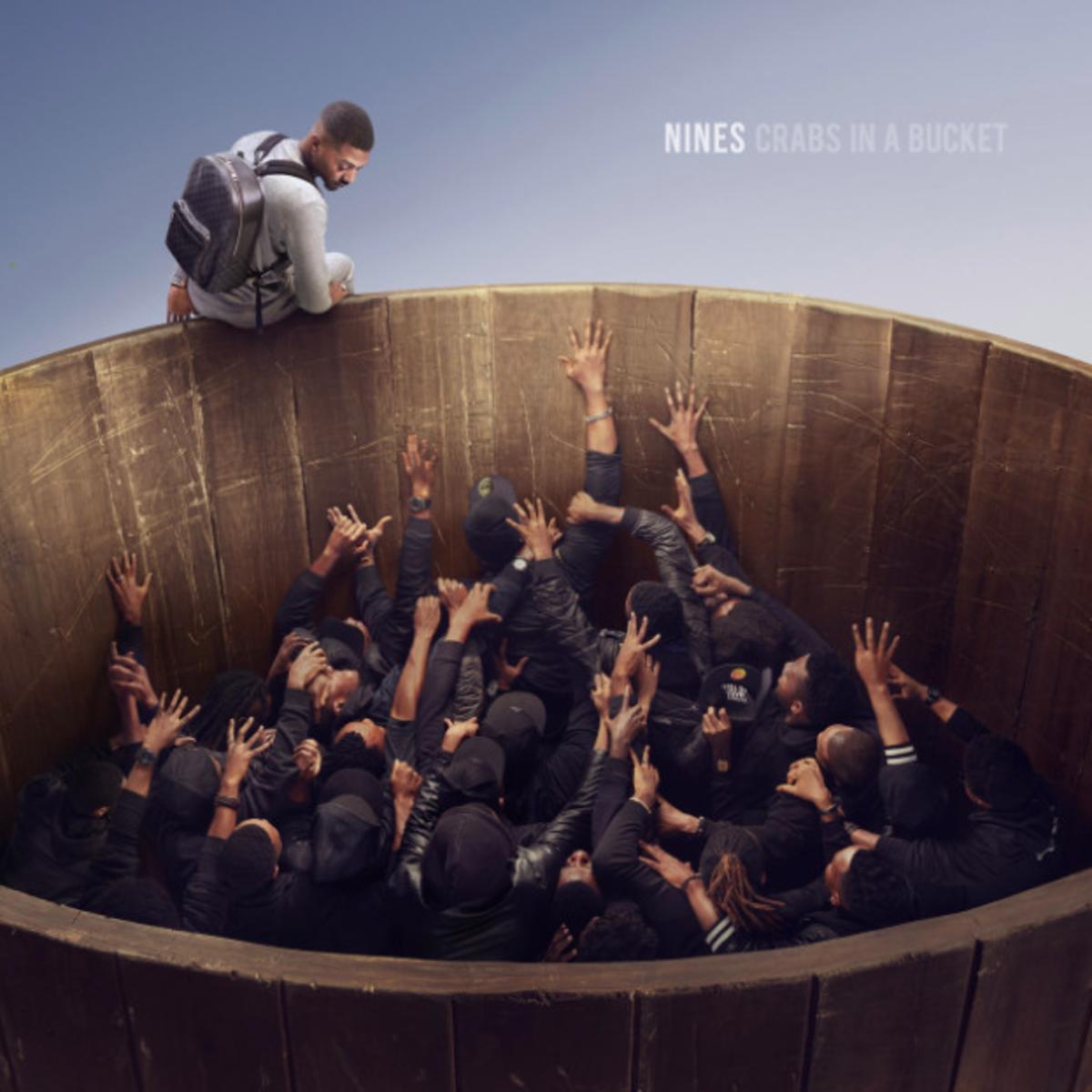 What does it mean to be a crab in a bucket? This theory asserts that if one crab is left in a bucket, it is able to use its claws to climb its way out, but if there are multiple crabs, they will stop the progress of each other by pulling them down.

For Nines, the title of this album paints a picture of duality between two lifestyles: a street entrepreneur that is wise beyond his years, and that of an elusive rapper. Individually, he has been evidently successful in both, but on this album he details his struggle of leaving the roads behind, pulling him back into the bucket and away from clean success. His third full length work provides an introspective look at the dualities of being a rapper and trapper and the hardships he has faced, coursing with effortless flows and a varied sound, all of which smoothly complement the Church Road rapper.

The first bars of the “Intro” track set the tone in terms of Nines’ honesty and craft in storytelling. He raps, ‘Ibiza, I had the time of my life, Came home, found out my dad had cancer, coulda cried all night’. It is striking and heartfelt, something that comes across in the rest of the track as he details his struggles of rapping and how his relationship with the roads has left him feeling confined. It is refreshing to hear such raw energy and vulnerability off the top of an album, opening a window into the trappings of his success.

This self conflict runs through to the next track, “Energy” with Skrapz, where the Harlesden rapper writes, ‘I should be in the studio, tryna make a bangin’ track, Instead of lookin’ for addresses for these Cali packs’. There is thus a relentless duality between Nines’ past and present, having signed to Warner, but not being able to give up the streets. This discord is what makes this album some of his best work to date, as his honesty and vulnerability on the topic lowers the barrier between rapper and audience.

Crabs In A Bucket contains a string of features, but this is not to its detriment, as they emphasise Nines’ versatility as a driving force across the tracks. NSG supply a club-ready hook for the banger, “Airplane Mode”, while Headie One flows seamlessly across the Steel Banglez produced, “Ringaling”. Northside Benji complements Nines exquisitely on the booming “Don’t Change”, while “All Stars 2” is demonstrative of the fact that Nines hasn’t lost touch with those who are up and coming. Clavish steals the show on this track, with his opening verse setting the tone on the dark trap beat in terms of wordplay and lyricism.

Perhaps the best feature on the album is Tiggs Da Author, a long time collaborator with Nines, on “NIC”. The two artists have unbelievable chemistry, which was already evident on previous tracks such as “Hoes” and “Oh My”, and Nines has gone so far as to call the Tanzanian singer his favourite artist. Across the grand instrumental by Show N Prove, which wouldn’t feel out of place in a Scorcese film, Tiggs provides a perfect contrast for Nines on the hook, elevating them both to create one of the albums most outstanding tracks.

It would be easy to say that the features on the track scream of a major record label attempting to monetise the album by reaching into different streams, but those who appear on the LP do not feel out of place, and the inclusion of lesser known artists on “All Stars 2”, as well as historic collaborators in Tiggs and Skrapz, helps to maintain the integrity of the album. This is not to say that Nines is reliant on features across the album however, with some of the deeper cuts like “Monster” and “Outro” being demonstrative of his barring ability.

This latest body of work was released alongside a short film of the same name. A semi autobiographical retelling of his last few years, the story revolves around an interview with a journalist, where the rapper is reluctant to lay his emotions out for all to see. The film further emphasises the self conflict between road and rap, with Nines trying to appease those around him whilst also looking out for himself.

As he raps on “NIC”, ‘I ain’t a rapper, I’m a drug dealer that raps’. However the film, alongside his other cinematic ventures with the Crop Circle series, is demonstrative of the fact that he continues to build an empire within the music business. In both of his professions, Nines can therefore be seen as not a crab in a bucket, but a big fish in a small pond. It is now up to him as to which pool he jumps into next.

Let’s help get Nines to number one! Stream the album below now!