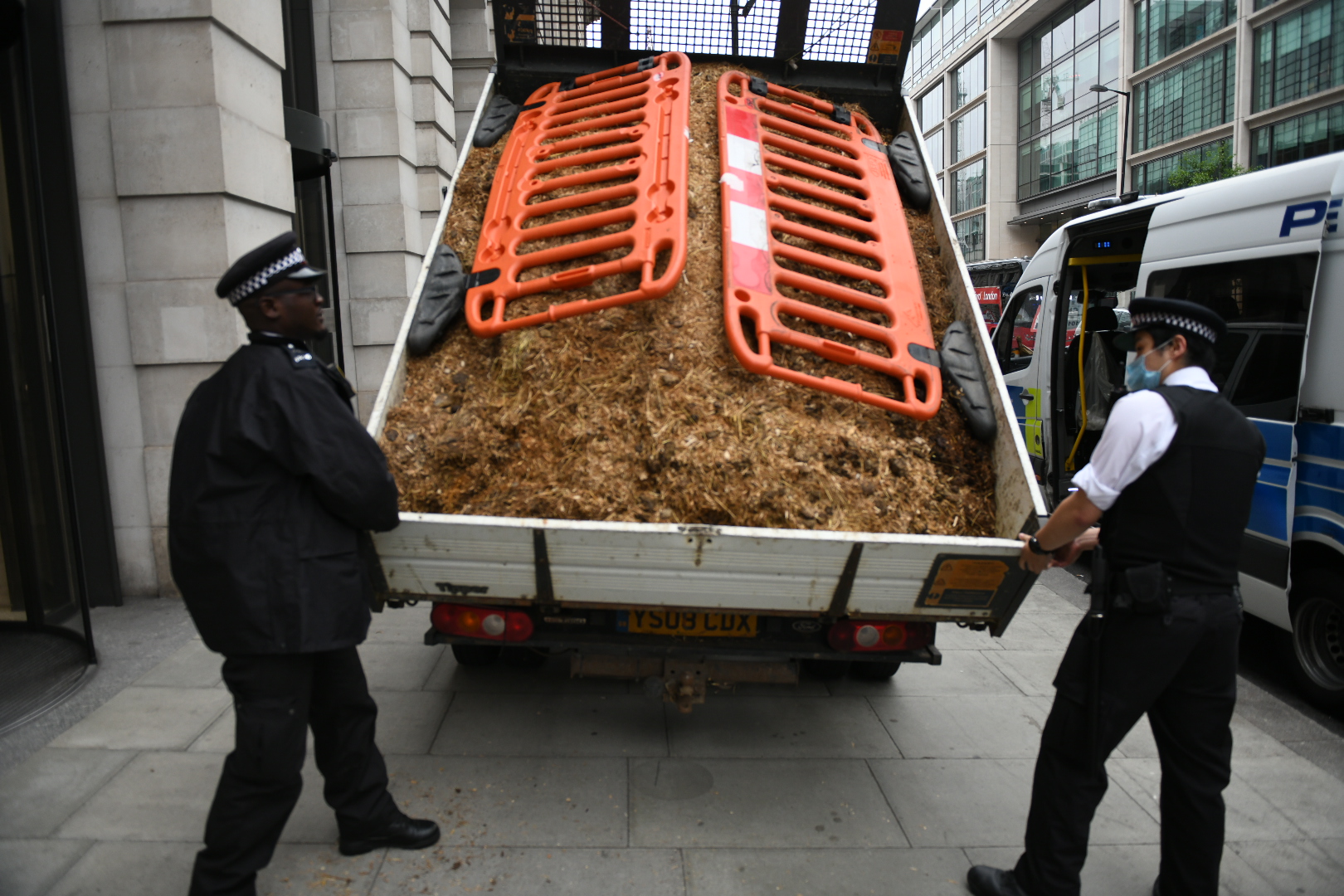 As part of their Free the Press protest, Extinction Rebellion has left a pile of horse manure outside of the Daily Mail offices in west London.

Seven tonnes of manure was left outside of Northcliffe House in Kensington yesterday and at the Daily Telegraph’s office in Victoria.

In a message posted to their website, the group wrote, “Extinction Rebellion made a surprise visit to the Daily Mail Group offices at Northcliffe House, where they dumped 7 tons of horse manure outside the main entrance.

“The action kicked off a day of protest, sending a message to the 4 billionaire owners of 68% of the UK’s print media – Rupert Murdoch, Lord Rothermere, Sir Frederik Barclay and Baron Evegeny Lebedev – to ‘cut the buillsh*t!’, demanding an end to media corruption that suppresses the truth from the public for profit.

In a statement, Extinction Rebellion’s Gully Bujak said, “For the British public, who’ve seen the criminal behaviour of this government and their ‘cronies’ throughout the pandemic, the conclusion must surely be clear: the arenas of power in this country are rotten, and where the billionaire-owned press is concerned – corruption is the business model. It’s time they cut the crap and stop acting as though they are providing a noble service to the public, while greenwashing the climate crisis and stoking the culture war to divide people.

“The need for a truly free press in Britain has never been more evident or urgent than it is today. Until the press is free, and those in power truly accountable, we cannot consider ourselves to live in a democracy, and without a functioning democracy, we cannot hope to survive the multiple and devastating crises heading our way.”

The news comes after several Extinction Rebellion warehouses were stormed by Met Police officers which led to the arrest of 12 people.