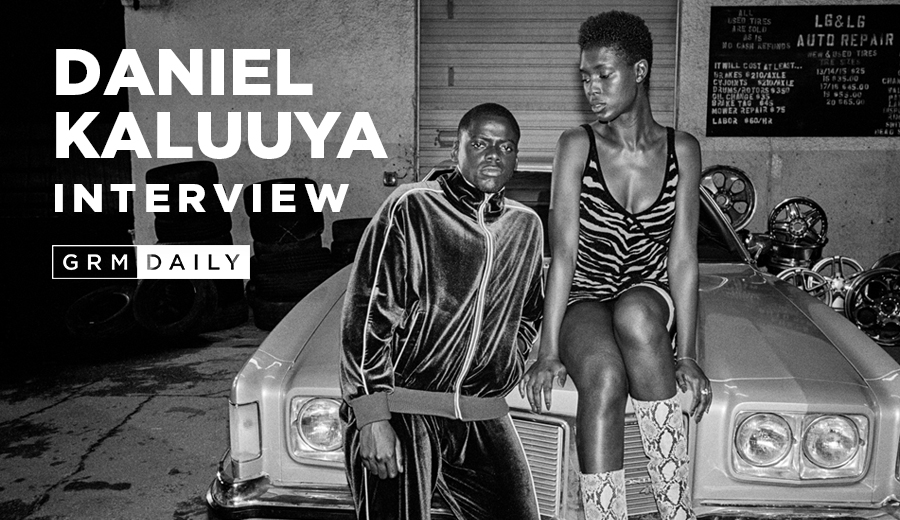 The past few years have seen Daniel Kaluuya take the acting world by storm, starring in blockbuster hits such as Get Out, Black Panther and most recently Queen & Slim which has just hit cinemas – in light of that, we had a chance to sit down with him and chat about it all.

Hailing from Camden, his talent has seen him become a global star, someone us Londoners are proud to call our own. Interested to see how his upbringing shaped him, I asked what his experience growing up in Camden was like.

“Camden was mad, you see a lot of stuff, back then it was just crazy, so much happening all the time. Every nationality was there[…]everybody was there, everybody was rolling. Obviously with any area, when you’re a young man, like 13/14, it gets a bit you know? Situations and stuff like that, so I was exposed to a lot of that but I was blessed because I had acting”.

Showing early interest in acting and theatre, Kaluuya’s started his journey at the tender age of 9, writing his first play for a competition. Then going onto attend improvisation classes at Anna Scher with the support of his mum.

“It’s the best lesson as it’s the hardest thing to do[…]It was a great training ground”.

Moving onto a run through of some of his earlier roles, I bring up Skins, one of the most risqué coming of age series the UK has to offer in which he appeared in the 1st ever season. Surprised to find out I watched him on the show due to when it came out, I then present the theme of not knowing realising someone was in a show until later down the line.

“I like it, you don’t want people to know, people figure it out later. I love that! It makes me happy”

Stating in another interview that he struggled to get roles in UK, I ask if Skins was a turning point for him.

“I felt like anyone else in my position who did what I did, it would’ve been easier and it just wasn’t easy. You had to really reassess what you’re doing it for, if you’re going something and for whatever reason it isn’t working, you gotta work very hard to not internalise it and think you’re the problem[…]not trying to change yourself or your values so I wanted to hold myself, hold my integrity and keep it moving. I had to take some time out and look at it in a fresher way”.

We talk Top Boy, him stating he finished it 2 days and dubbing it as “cold”. Top Boy star Michael Ward was in fact the latest winner of the EE Rising Star Award at the Bafta’s, an award previously taken home by Kaluuya himself. He describes Michael as a great guy and “real talent”.

“He’s just got IT, he can hold a camera. I’m really looking forward to seeing his career”

I ask the impact he thinks winning the award had on his career and whether there was a ‘shift’.

“Yeah in the sense that a lot of people shouted me, it’s probably the biggest platform I’ve had on British TV[…]I don’t know what it shifted but it did make me more visible in a sense. In terms of my career, I’m not sure the impact of that, I don’t know yet, I think it’s still happening and I’ve just kind of not be aware of it but be aware of it at the same time and keep doing work that I believe in”.

Starring in Queen & Slim alongside fellow British actress Jodie Turner-Smith. The film is set in America, channelling themes are not only important to Americans but to the world – it’s a real feat to have two British actors at the forefront of it. Queen & Slim serves as many people’s introduction to Turner-Smith, I ask how it was to work with her.

“Jodie’s cool peoples, she has a mad positive spirit, it’s a tough shoot because it’s just you two a lot of the time, it’s a lot of energy coming out of you. She managed to keep everyone spirits up, everyone engaged, everyone happy, just be really caring, really thoughtful, it’s really nice to have her as a scene partner. It was great to work with her”.

Kaluuya’s and Turner – Smith’s character’s relationship and exchange is largely focused on throughout the film, so naturally a level of intimacy is showcased. I ask how the ever-present question of how it is to be intimate on camera.

“You gotta focus on the fact that it’s a scene, you gotta tell a story and the sex is just the dialogue of that story. You gotta stay professional, make sure she feels good and you know what you’re doing. It’s intense, it’s exposing, people look at you like is that how you do it? (laughs) But it’s a character and you gotta do what you need to do”.

In Bonnie & Clyde fashion, the movie follows the characters on a cross country journey. Touching down in Cleveland and Louisiana.

“A lot of people don’t realise America’s a beautiful country, nature wise, to see all these landscapes and beautiful land, its so great to showcase that and be in these scenes and Melina really pushed for keeping it real because usually someone else would do it in a studio”.

One of the scenes involves a vogue horse ride in the midst of the characters travels, I ask how it was.

Slim and Queen first meet in the film via Tinder, that in mind I ask if Daniel’s ever been open to dating apps to which he says,

“Never, just been in the jungle, rolling around, in field (laughs) I’m joking”

Despite his superstar status, Kaluuya is someone who remains fairly mysterious and inactive on social media. I ask why that is.

“In acting, I think you have to let people believe what you’re playing. I don’t think you should know me like that, I just want my friends to know me like that. Or if you see me, you feel like you know what I am. I find it hard to keep it up because I just be living life, I don’t even check my phone like that”.

Ricocheting off of that I cheekily ask about whether he slides into DM’s to which I got a hilarious face expression which in fact gave nothing away. A clever tactic from the Golden Globe nominee.

Bonding over a mutual and painful love for Arsenal, we get into a conversation about the state of the team, it’s toxicity and the new management before touching on some of Daniel’s past times.

“I play 5-aside but I don’t play in England because I’m shook, I used to play football everyday and I was alright but you know by like 11/10 you’re not gonna make it, you just know. So anyone that kept on playing football it was because they were taking it seriously[…]when I’m in America, I can start that and it can just be play”.

Known to be a music lover and interestingly the person who introduced me to Octavian, we get into an excited discussion about our shared interest.

“I love listening to music, I love going to gigs, I love looking at artists before they have a Wikipedia page. Going to see them fresh and you’re just like rah this person’s gonna become something and they don’t even release it”.

Daniel draws for his Spotify and we talk heavy rotation.

I’ve got a couple things but I’m still getting back to the world[…]Went out last night, Manny Norte was DJ, cold, my boys were going mad for songs and I didn’t even know because I haven’t been in the club. I didn’t even know Pop Smoke was that popping, it went off!. But that’s exciting, catching up. There are those Ugandan artists, “Parte After Parte”, that’s cold. Big Trill right?, that’s a riddim”.

Be sure to catch Queen & Slim, out in cinemas across the UK!

Farfromhome & Zeus team up for "Roll Out" video

Farfromhome and Zeus have teamed up for a brand new collaboration that they’ve titled “Roll Out”. Take in the video above now on GRM Daily....