GRM Exclusive: Dapz On The Map Reflects on the Highs & Lows of His Career, Debut Album ‘Landed’ & More 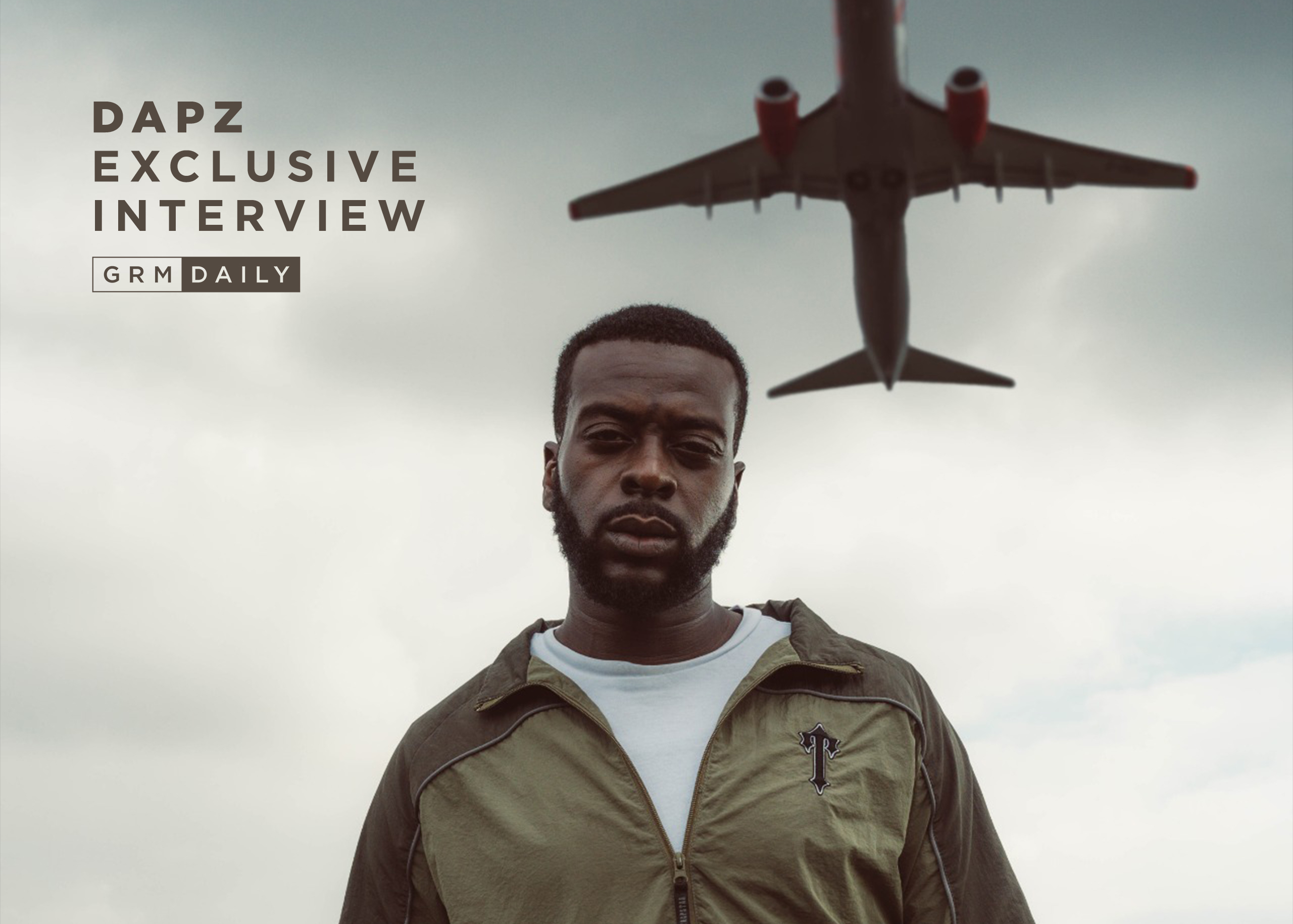 Dapz On The Map has spent well over a decade perfecting his craft and righteously earning his place in the UK music soundscape. This Birmingham-bred trailblazer stays loyal to his self-titled sound, “Grime & B”, through which he blends elements of grime with R&B in a way that sets his music apart from many of his contemporaries. Throughout his career, Dapz has graced the scene with huge hits such as, “Murdah”, “Froggy” and “Beautiful”, he has built up an extensive discography in the form of singles, EPs, mixtapes and collaborative projects and performed alongside household names such as Skepta and Kano. But after 13 years in the industry, it is only now that this homegrown rapper is finally releasing his official debut album, Landed.

So what took him so long? “I could have released an album years ago but I was scared to even jump into that world”. After careful deliberation mixed with periods of distraction and years of shying away from exploring this “unknown territory”, Dapz finally found the courage to release the album that his whole career has been waiting for. It’s been a long time coming but in retrospect, Dapz can see the divine timing. “Although I say I should have done this years ago, I know I wasn’t ready back then… Now is the time… This is my body of work, take me as I am.”

Despite his wealth of experience in the game, the process of album creation has been an education for Dapz. “Putting out an album is a whole different kettle of fish… I’m learning a lot of things for the first time. It’s humbled me, there’s levels to this artistry.” But the finished project is an album to be proud of. The content is expansive as Dapz traverses topics of love, parenthood, home, consistency, betrayal, doubt, growth and vulnerability in his lyricism.

Landed truly takes us on a journey, using the theme of flight and airline imagery to depict the voyage of his career thus far. With airline announcement skits cleverly woven throughout the album, we are welcomed aboard a flight that immerses us in Dapz’s experiences. Real intention went into the chosen theme of the album: “it’s a metaphor for elevation, it’s about me elevating. I feel like I’ve been soaring the skies for a while now but I’ve never actually landed and made my mark. I’ve always just been in the clouds.” The theme was also partly inspired by the hit film, Flight (2012) where Denzel Washington’s character is a pilot who battles with immense life pressures but still has to land that plane. This story resonated with Dapz: “I’m a father, a son, a brother, a cousin, a good friend… I’m a pilot… They expect me to deliver, to take off, to land and they want to be part of the flight too. I respond to my responsibilities. I’m their pilot.”

You could say Dapz was preparing for lift-off throughout his childhood. He grew up glued to the television whilst watching music shows such as Top of the Pops and Stars In Their Eyes, and he was mesmerised by music videos. He specifically remembers watching a Michael Jackson video at his granddad’s house at the age of four or five. “These things all left their imprint on me. That stardom, that showbiz – it resonated with me from the get-go”. His love for music was also instilled in him through family. “My mum is an R&B lover so I grew up with that sound… and I wasn’t afraid to sing.” But in terms of music-making, his experimentation started in the grime and rap world – he wrote bars before incorporating R&B and singing into his sound. Not wanting to box himself in, the artist found beauty in the duality of his skillset.

Although the vision was taking shape, taking off wasn’t easy. At the age of 21, Dapz bucked up the courage to leave his job in telesales and pursue his artistic career wholeheartedly. “I was really good at my day job and there were a lot of prospects for me at the time… But I was travelling back and forth from London and juggling my music with work, so I was falling short.” The young dreamer wanted to work part-time so he could invest more into his music, but his manager was against this. “So I told him I was gonna leave and I never looked back.” Dapz was ready to take flight.

The journey got off to a bumpy start. “It wasn’t easy. I had to use housing benefits, I had to do what I could to survive… but I’m still here.” As he expresses in his album, Dapz had to “pay the cost to be [his] own boss”. But the ambition that he’d been cultivating since childhood saw him through the turbulence he faced, from financial struggles to battling with external negativity. “Not everyone understands the vision, not everyone sees it through your eyes.” But regardless of the doubt, Dapz had to keep his chin up, reject the negative energy and keep going.

“I had to step away from that because people will always have something to say, but then they’ll go home and stop thinking about it and get on with their lives. Whereas I have to live with how they make me feel. So I learnt to take opinions with a pinch of salt. This is my career, this is me.”

And of course, being a young father made the stakes a lot higher. “You constantly have to provide – it takes a lot of time and energy and love and care and mental and emotional investment.. To do that and do music at a high level, and try to maintain consistency… I almost want to give myself a pat on the back.” As he should. Because in spite of it all, Dapz On The Map was able to grow his wings and enjoy the flight.

And as he reached high altitudes, he watched his list of milestone moments grow. Amongst other unforgettable accolades, he recently collaborated with UB40 and Gilly G for the official anthem of the 2022 Commonwealth Games. But when asked about the personal highlights of his career, family is at the heart of it all: he mentions performing on stage with his eldest daughter, Leah during his first headline show at Birmingham O2 academy in 2016, and also reminisces about the Nissan advert he did with his Nan.

More recently, there’s the success of his latest single release and the sixth track on the album, “Give Thanks”, which is featured on the official soundtrack for FIFA 23. “There’s a part [in the song] where I say my son, Ishmael’s name and he plays FIFA himself. He’ll hear his name being called by his dad whilst he plays his computer game and for me that’s one of my biggest wins.” But with unwavering ambition, Dapz is passionate about making sure his list of milestones keeps growing. “I have a tune on FIFA, that’s crazy. But what’s next?… I don’t rest on my laurels… Let’s create more epic moments. Let’s keep going… The opportunities are endless.”

When asked what he hopes for the impact of his upcoming album, Dapz says, “I want people to relate to it… I’m the boy next door, the family man… he watches football at the weekend, he lives a normal life, he’s plotting his dreams, he’s a pure soul, he wants to do good in the world. This is his story.” And what a tale to be proud of.

Landed is an album that flies high, carried by bold lyricism, candid vulnerability and true storytelling. It’s been worth the wait. Dapz On The Map has truly “landed and expanded” and he’s here to stay.