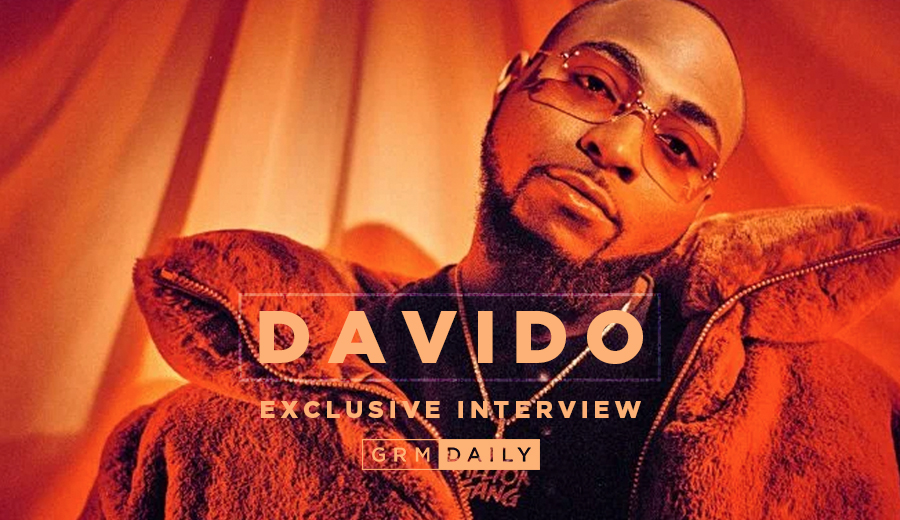 With his sophomore album A Good Time booming and a clean visual alongside Summer Walker hot off the press, we thought there would be no better time to check in on the international star that is DaVido.

One of the standout tracks from the album, DaVido’s “D&G” calls on feature vocals from Summer Walker and production from her beau London on da Track. A seamless combination of two distinct sounds, I ask the Nigerian born star a bit more about it.

“The 5th single from the album “D&G” featuring Summer Walker. We actually shot the video before all this craziness. I was lucky for that, 2 days later everything went crazy. I wanted to drop but I wasn’t just trying to drop it, I felt like it would’ve been insensitive when people were going through stuff”

In today’s culture, references to high end designers are potent, brands like Dior, Fendi & Christian Louboutin regularly intertwined into bars and punchlines. Dolce & Gabbana serves as one of the less mentioned, interested to find out why he chose it,  I ask how the title came about.

“It wasn’t a business idea, but it was something I knew I could branch out with. I didn’t know Dolce would end up doing a campaign but everything just fell into place”

The Nigerian born star has been working with Dolce & Gabbana and Humanitas Together for Coronavirus Research – pledging to donate any proceeds from the single/video to the cause.

“I had to drop it so I could move on so I thought why not make the proceeds go towards research on Covid-19. I thought that’d be kinda cool. I’m doing my bit for the community”

Chopping it up in the earlier days of lockdown, we spoke to to DaVido about the pandemic. A few months back we saw him announce that his fiance had contracted Covid-19. After asking about the whole ordeal, DaVido exclaimed that there was some initial panic, however she luckily had no symptoms and also but confirmed that he and his other friends and family were all good.

The start of world-wide lockdowns caused the “Fall” singer’s album tour to get cut short early in March.

“Before the whole lockdown, I was on tour. I had a 19 sold out days. The album tour, I did 6 and then we had to cancel. It was a huge blow”

An unfortunate feat, we ask how he has decided to keep busy and stay positive after having to postpone so many plans

“Everyones lifestyle has to change, right now I need to make where I’m at most comfortable for me because I’m about to be at home. I’m doing what I can for the people around me. I’m finishing up my 3rd album, probably gonna start recording the 4th”

The past few months in lockdown has seen several social media go through several dozen trends, Instagram lives being one of them. Tory Lanez’ Quarantine Radio caught the eye of many A listers. I ask if DaVido was one of them.

“Tory, I know him personally, he’s a funny ass guy. Everyone was sending Swarmz to me, saying check his live he’s been doing crazy stuff, having crazy girls on there”

Circling back to the music, the topic of collaborations is ever-present.

With strong ties globally, DaVido has shown his ability to straddle lanes – appearing on tracks alongside the UK’s Darkoo, Jamaica’s Popcaan or the US’s Fabolous, he’s no stranger to an overseas collab.

His album a confirmation of that, seeing him link up with names like A Boogie, Naira Marley & Gunna. Keen to delve deeper, I whether the sounds of these artists or their hometowns have had an influence on him.

“I grew up in Atlanta, I spent half of my life there. Its a record I know they’d love in Atlanta. Me being around the Atlanta culture really shaped my style. My music is African but urban, being from both worlds, I know how to appeal to different demographics. Its easy for me to bridge that gap”

DaVido’s fan love has been shown to be especially noteworthy, one altercation with a fan at a hotel going viral a while back. So with the love for him confirmed, I ask who he is currently a fan of.

“Theres a lot of young cats killing it. Like DMW, Peruzzi, Dremo. JoeBoy killing it too I like his music. Rema and Fire Boy as well!”

DaVido featuring Summer Walker is out now, be sure to check out the Good Time album, and stay tuned for his third album.