Author Jessica Pearson
1,513
views
Share
Share
‘UK Funky’ giant Donae’o has blessed us with backstage footage from his upcoming “My Circle Remix” video release, featuring Ghetts and Cadet.
Showing a series of shots on location, the three artists are having jokes and dancing about for what will be pure visual energy. Wiley is absent from the shots suggesting he’ll be moulded into the full release in another way.
The audio has already been released on Youtube where the funky, afrobeat riddims have been slightly modified to support the gritty flows of the three MC’s. Listen to the full audio of the remix here, and the original here.
The visuals look like they’ll feature a series of group shots alongside ‘interview’ type solo pieces from each artist. The backstage access finishes with an acapella feature from Donae’o which you can imagine going OFF on stage. 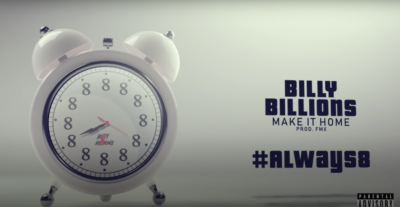