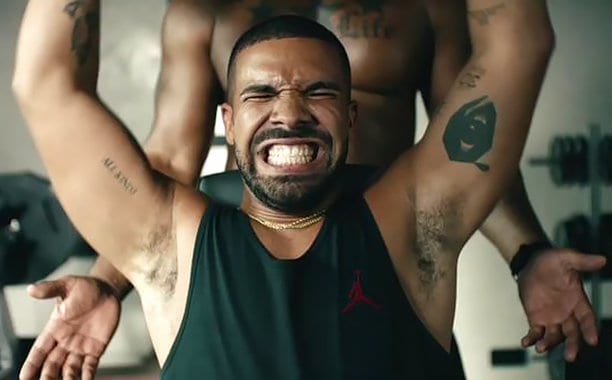 Not so long ago, Taylor Swift fell off a treadmill while singing Drake and Future’s “Jumpman” all in the name of Apple Music (and their millions)

Well now, Drake has returned the favour in a new spot for the streaming service which was aired during the American Music Awards. In the advert, Drake hypes himself up by hitting play on Swift’s “Bad Blood” before getting into it with a bench press.

Anyway, if you thought you couldn’t love Drizzy any more, this hilarious advert will prove you wrong.