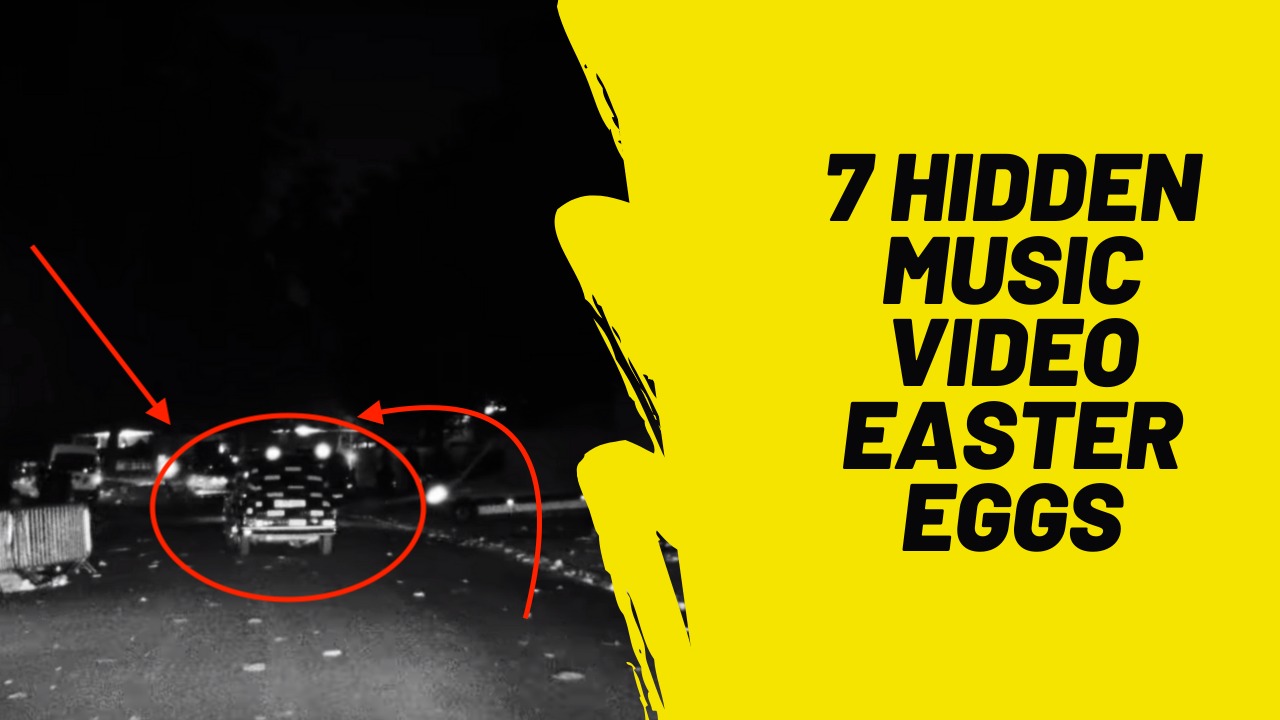 Easter is a time of family celebrations, rebirth, religion and for some, chocolate.

In the tech world though, Easter Eggs take on an entirely different definition and instead is used to describe hidden treats, surprises and secret messages in a video game, book, film, television series or a piece of art.

In the spirit of Easter and in keeping with our love of music here at GRM, we’ve pulled out a few Easter Eggs in your favourite music videos that you may not have noticed before.

Once a member of pop/garage girl band Mis-Teeq, Alesha Dixon is now a global superstar thanks to appearances on shows across the pond like America’s Got Talent but back in 2004 when Alesha starred as the lead dancer in the video for the N.E.R.D track “She Wants to Move”, many of us didn’t notice.

Featuring Angel and Tinchy Stryder, “Lights On” is one of the most favoured collaborations in Wiley’s discography. Many of us are familiar with the track but we all notice that the video starred a fan favourite actress from the Star Wars franchise?

London-born actress Daisy Ridley makes one of her early career performances in the visuals and once you notice its Daisy, it’s hard to see the visuals in the same way.

Perhaps you’re a fan of The Wire or maybe even 90210 which featured this young actor as spoiled and suave teen Dixon Wilson. If so, you would have noticed that the love interest in the visuals for Adele’s global hit “Hello” is none other than Tristan Wilds aka Mack Wilds – his R&B singing alter-ego.

4) Myles Whittingham was a “Bad Man” before his directing career

Myles Whittingham is today famous for his star-studded portfolio that includes videos he has directed for French Montana, Cardi B, Giggs and more but before this, the artist got his first taste of the music and media industry by acting in shows like The Bill, Doctors and in the classic visuals for Roll Deep’s “Badman”.

Watch Myles in action below.

Many of your favourite Love Islanders started to build their industry contacts and social media following by modelling in music videos before they stepped into the mainstream limelight by appearing on ITV 2’s flagship show.

Before coupling up with Danny in 2019, Love Island’s Jourdan Riane flaunted her breathtaking beauty in the visuals for B Young’s track “079Me”.

Another Love Islander that made an early career appearance in a music video is Priscilla. Check her out with D Block Europe and Young T and Bugsey in “Favourite Girl”.

2) Superstar link up in Tinie’s “Pass Out”

When Tinie dropped “Pass Out” in 2010, life was different. It was the start of a new decade and Tinie’s innovative new sound coupled with his musical experimentation was due to take him from strength to strength – read more about this in our feature here.

“Pass Out” was a moment that was important to the culture and it also chronicles the growth of artists like Skepta, JME, Wretch 32 and G Frsh who would all quickly burst into the mainstream themselves shortly after appearing in the video.

See if you can spot them all below.

Drake’s video for the Scorpion single “Nonstop” oozes his love and admiration for UK culture.

From scenes of Drizzy enjoying afternoon tea to shots of him performing at Wireless and cameos from Michael Dapaah and Giggs, the video is basically a tourism advertisement for London.

One thing you may have missed though is the very special GRM cab which made its debut at Wireless Festival in 2018.

The cab appears in its logo decorated glory in one of the closing shots.

For a bonus Drake Easter Egg, watch the visuals for Trey Songz’ 2007 track “Wonder Woman” and see if you can spot a very skinny and beardless Drizzy.