The Euro 2016 violence continues today, with new footage surfacing of England fans being attacked by French locals in Lyon as they arrived in St Etienne. ITV states that the French locals are a gang thought to be so-called “ultras”.

Fans were drinking in a bar when a group of around 30 men in masks burst in. The footage shows objects like tables being thrown, but nobody has been injured during the incident.

The footage was taken in Lyon, an hour away from Saint Etienne where England’s final group match against Slovakia is taking place tonight.

Pictures posted on Twitter showed that French police in riot gear intervened, but later images showed both countries celebrating together.

@jeromegenty the most important : French and English are celebrating together now pic.twitter.com/rHHH4cExtO

The event is just the latest in a string of violent encounters all over France – notably Marsielle where British fans and police clashed, Lille where German and Ukrainian fans clashed and Nice where Northern Ireland and Polish fans were provoked by French ‘hooligans’. Fans also faced off in Paris, Cologne and Saint-Étienne. 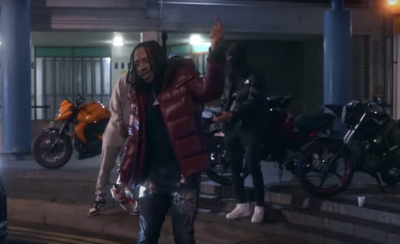