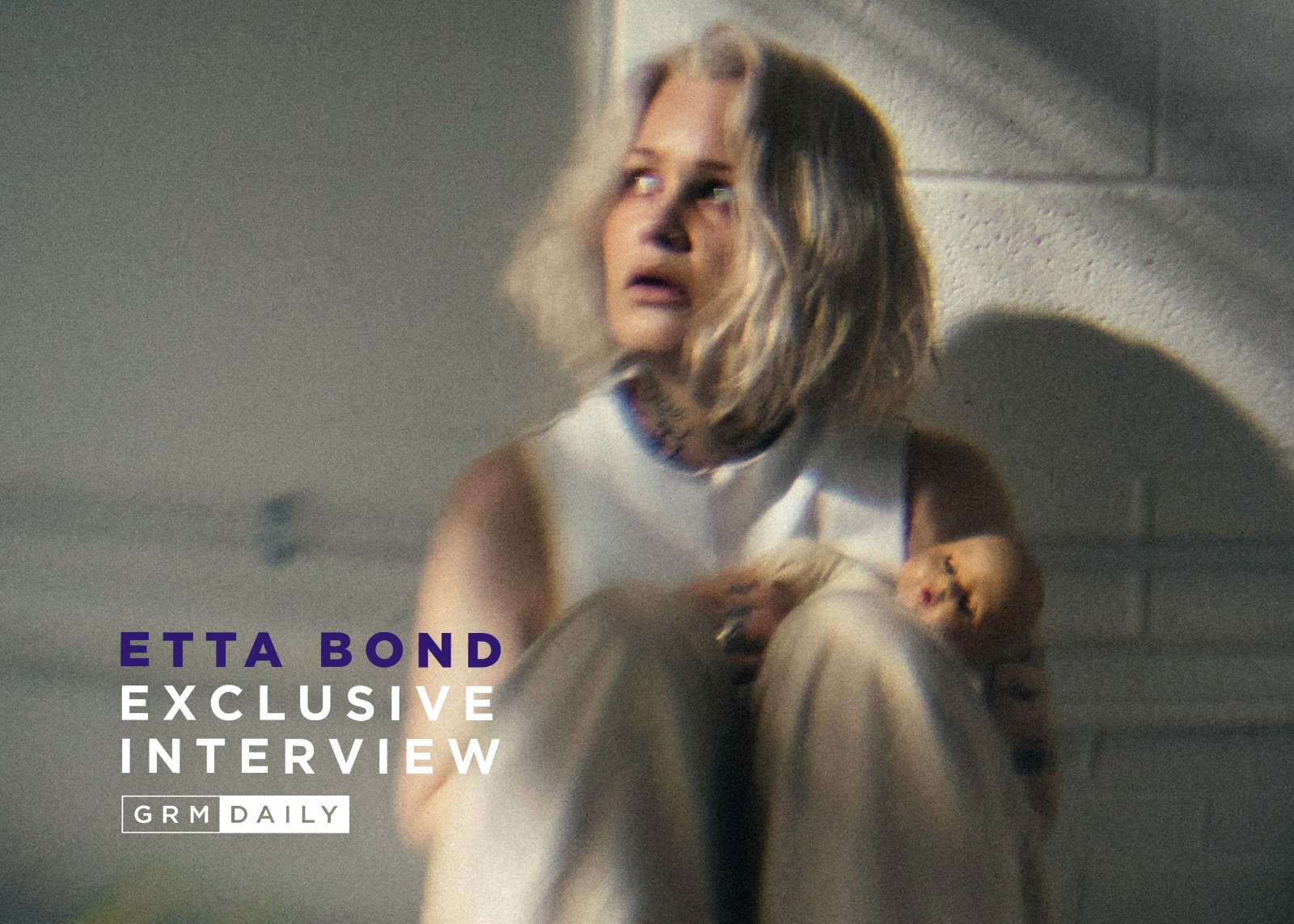 Etta Bond is in a good space right now. After releasing her previous EP, 2 Metres Apart, during 2020’s lockdown while going through an emotional breakup, music has been the one muse – more than ever – to keep her going.

As a writer that is known for putting her heart and soul into everything that she releases, her compassion and honesty is not always the easiest thing to give to the world. But, following her silky-smooth R&B smash, “On A Beach” – which was later followed by a Double S UKG remix – the singer-songwriter is now back with her newest single, “How Could I Forget You.”

Standing as one of her most vulnerable jams to date, the Fred Cox production is complemented by Etta’s honesty about her recent breakup. But, while still sticking to the lo-fi-R&B style, Etta proves that she can tap into the most difficult of personal situations, showing that there’s still room for the raw, unapologetic and unprotected sonics, right next to the light-hearted sounds of the major-labelled chart-toppers.

But aside from the heartbreak, Etta is feeling good right now. With live shows kicking off again, a newly-remembered love for hugging her fans and a newfound interest in textiles, the only thing we want now is more music. After admitting that she likes to keep an element of surprise to her music dealings, she does admit that more is coming soon, but only time will tell when it will land.

First of all, Etta, how are you?

“Do you know what? I am actually like an up and down rollercoaster. You’ve actually caught me on a good day, but if you caught me on another day, I might have said I feel terrible – but, I feel good right now. I’m happy at the moment. Don’t ask me tomorrow though! [laughs]“

Being an emotional person, would you say that music is therapy for you in a way?

Your music is extremely open and honest, how do you find putting such real-life experiences and stories into your music, for the world to listen to?

“It can be a little bit daunting but I have always pressured myself to be honest and vulnerable, because otherwise I think what’s the point. Over the years, I have come to understand that it’s a part of it now. I now know that if I ever feel anxious about sharing something, or if I don’t know if I should put something out there, those are exactly the songs that have to definitely come out. It’s getting to those vulnerable places, where it makes you feel uncomfortable, I know that those songs are more likely to be the ones that connect even more with people when they listen to it.

“A lot of the time with my music, I am able to say some things where I may, perhaps, not be able to say in a real conversation. If I was speaking to the person that I’m writing about, I sometimes can’t say it so it’s just a way, to be honest with myself. It’s difficult to do that in everyday life, but, as I say, it’s a part of it and I’ve got used to it.

“All of us have listened to a song and thought ‘oh my gosh, that’s exactly it’. It happens all of the time. Sometimes you don’t know that you feel a certain way until you hear a song that puts it out there in a way that you may not be able to yourself. So yeah, it’s all part of the reason why you share things in the first place.“

Would you say your most successful songs are the ones you spend the most time on, or the ones that just fall out of the sky?

“The song of mine that is maybe the most well-known one, “Surface”, that most definitely fell out of me – I didn’t have to think about it. But, it doesn’t always go like that, that’s what’s difficult. When a song has really cut a part of you, where you’ve cried recording, and you have to keep retaking it to make sure you don’t get a verse where you start crying, sometimes you put those songs out and it doesn’t get the sort of attention you would like. You have to remind yourself that it’s about impact over numbers sometimes, and it’s not necciserally about how many people hear it, it’s about how many people have connected to it.

“That’s the reason why I have started in the music industry, because, it’s easy to get caught up in all of the numbers. For instance, I wrote a song, “Under The Knife”, at the beginning of my career, and there was one verse where I wrote about one of my fans who was struggling with an eating disorder, I was speaking to her a lot –I still do now actually– and I told her to watch it. But, that sort of thing means more than if millions of people heard it. If I can touch one person, or comfort one person, then that’s the most important thing. Obviously, we would all love to get massive numbers, but that’s not the most important thing.

“I was born to be an artist and I was born to express myself, this is what I do. I would still do this if nobody gave a shit. I will be doing this until the day I die. I’m born an artist, and I will die that way.“

Would you say that your style of music deserves a bigger space or more attention?

“You just have to know that there’s a space for everything. There’s stuff for everyone, people are free to express themselves and I have no problem with that. All I care about is what I’m doing, and making sure that I’m expressing myself the way that I want to. I always like to think that my sound and the music, grows and changes as I do. The music I write now, won’t be the same as what it was 10 years ago and that’s a beautiful part of the process.”

Talk to us more about the latest single, “How Could I Forget You”. What are the details of the story behind it?

“Do you know what, I would say that was the first sad song that I wrote about my previous partner. I remember the day perfectly actually. It was the last time he had ever come to my house and that morning, he dropped me at the station, I went to the studio and he went on his way. I never plan what I’m going to write, I never know what I’m going to say. But, the thing that I do know is that I can’t write without being honest.

“I have this theory that if somebody has ‘writer’s block’, that means that there is something that you are not willing to address or face! But yeah, I do this for every moment in my life, whether that be writing it in my journal, or writing a poem, or writing a song. To me, it comes more naturally than speaking, and I have grown better at speaking because of writing songs, not the other way around. So I was just starting to realise that my relationship was not as perfect as I like to have thought. So I have just been writing loads of sad songs since then, really [laughs]… But yeah, that’s where we’re at.“

What is next in the pipeline for Etta Bond?

“Well, I like to keep an element of surprise. But, for the last year and a half, I have been going through this breakup, and I’ve been mending my broken heart! I have just been getting in the studio quietly and getting some sad songs together for everyone. But, I would say it’s going to be a breakup project… People need that though, everyone is sad sometimes and everyone gets their heartbroken.

“It’s a bittersweet thing, everyone says, “well, at least you’ll get some good songs out of it,” if I had a penny every time I heard that! It’s a bit weird sometimes, but before I got into that space, someone tweeted me saying, “give us brokenhearted Etta Bond!” like I’m a sitcom or something… For me to write those songs, I actually have to have a broken heart. So it is a bit weird sometimes that some people hope to get my heart broken so they get those songs.“

How has your music contributed to your healing process?

“I always think, as long as I write songs on these things, it heals me, it makes me realise that nothing was a waste and it was all worth it. I could easily come out of a relationship and wish I never met that person, but, I don’t do that because I have written all of the lovely songs about them. Everything becomes destiny.”

So, besides music, do you have any other creative outlets?

“I have always really liked drawing, but I don’t do it much. I am better at drawing things that I can actually see… I don’t really turn to it too much. But, I have just started making clothes, I learned how to sew over lockdown. That’s one thing that I really enjoy, and it’s nice to have to have something other than music that I can turn to. But just generally, I am always in my head, I’m a massive overthinker. So it’s nice to have something that doesn’t have any words and I can zone into while still being creative and expressive. So making clothes… I’m just enjoying it for fun right now. But, who knows, it could become a thing in the future.”

Finally, how does it feel to be performing live again, and how much are you looking forward to doing it more often?

“But the feeling now, being back, it’s an amazing feeling. I haven’t had a show with my band yet – there’s just something so special about performing with my guys. But yeah, meeting people, hugging people after shows – I miss that! I miss meeting all of the people that listen to the music. It’s really lovely to feel people’s energy in person… I need to get back in the swing.“