Police seize fake football shirts worth £500,000 ahead of World Cup 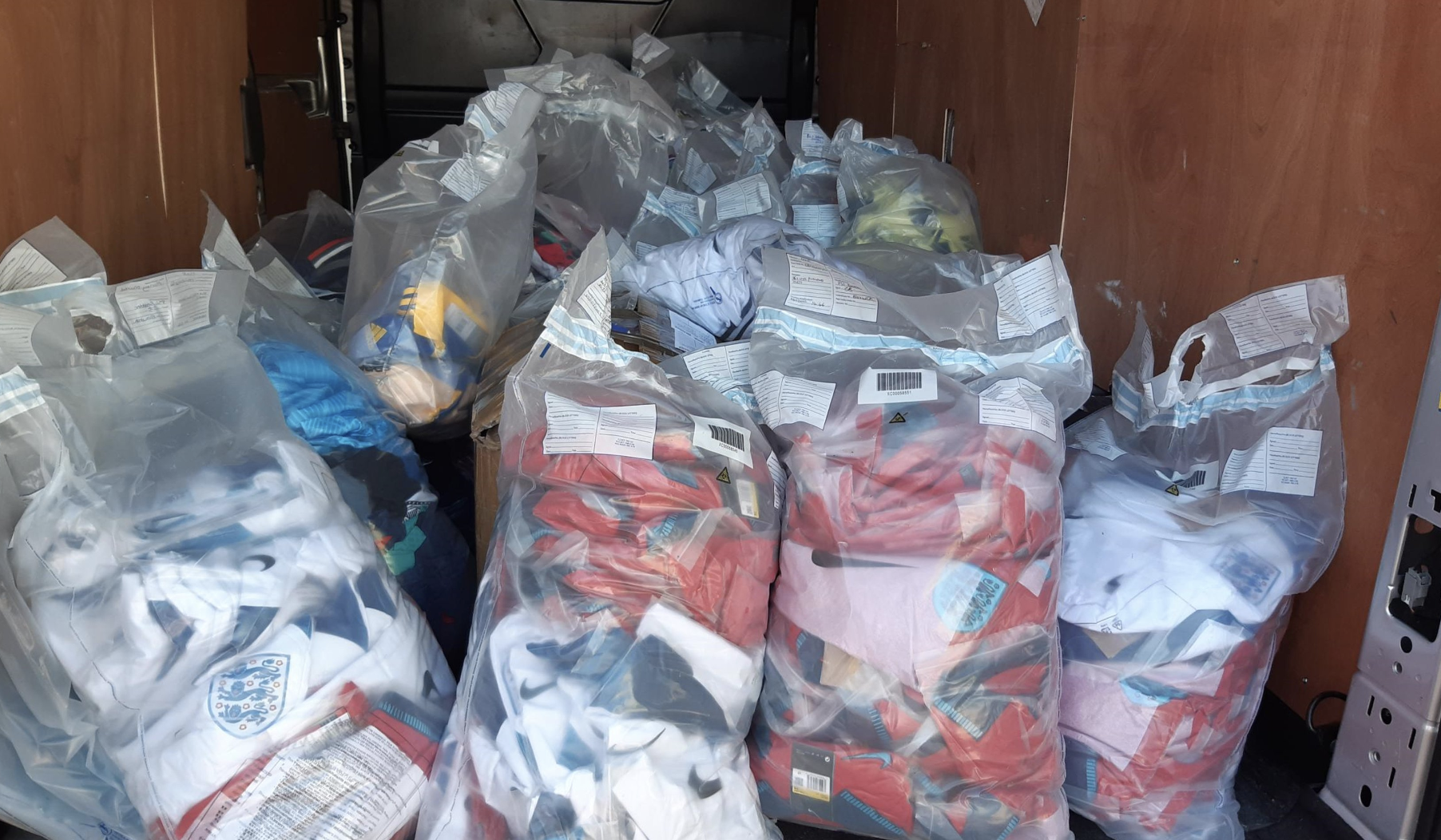 Police have seized four tonnes of fake football shirts worth £500,00 during raids ahead of the 2022 World Cup.

Six people were arrested and £12,000 in cash was also seized.

The raids were part of a wider operation to crack down on criminals seeking to profit from selling counterfeit goods ahead of the 2022 Qatar World Cup, which kicks off tomorrow (November 20).

Among the items seized were fake home and away England jerseys and FIFA World Cup badges.

Detective Sergeant Matthew Hussey, from City of London Police, said: “The increased demand for merchandise from fans who want to show support for their team makes major sporting events like the World Cup a lucrative opportunity for counterfeiters.

“We regularly see links between the counterfeit goods trade and organised criminal groups […] and enables them to fund serious offences such as drugs trafficking and money laundering.”

The six people arrested have since been released under investigation.