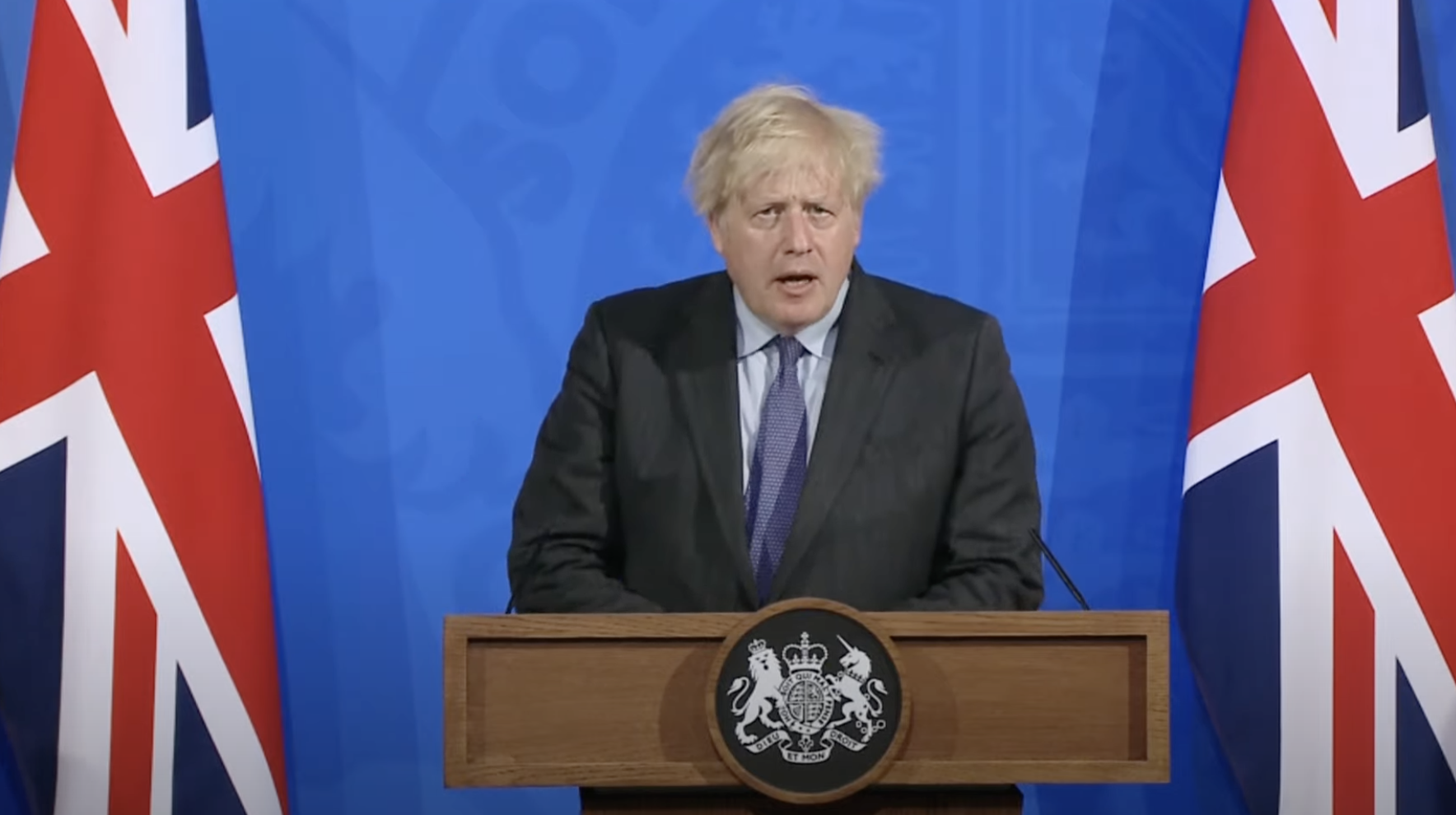 The PM announced the change to the government’s roadmap out of lockdown at a coronavirus news briefing at Downing Street this afternoon (June 14) alongside Chief Medical Officer Professor Chris Whitty and Chief Scientific Adviser Sir Patrick Vallance.

The final stage out of lockdown –  when all legal restrictions on social contact will be lifted – was expected to take place on June 21st but has instead been pushed back to July 19th, the Prime Minister revealed.

The delay of the fourth and final step of lockdown easing comes amid growing concerns about the Delta variant of Covid which is reported to account for 90% of infections in England at current.

Mr Johnson said although links between cases and hospitalisations have been “weakened”, the delay will allow more people to receive jabs given the prevalence of the Delta variant.

He added that over-40s will only have to wait eight weeks rather than 12 weeks for their second jab while 18 to 24-year-olds will begin receiving offers to book their first vaccine from tomorrow (June 15).

Despite the delay, weddings will be allowed to go ahead with more than 30 guests from 21 June as originally planned.

The Prime Minister said the easing of lockdown in the UK has “inevitably been accompanied by more infection and more hospitalisation”.

“Now is the time to ease off the accelerator,” he said.