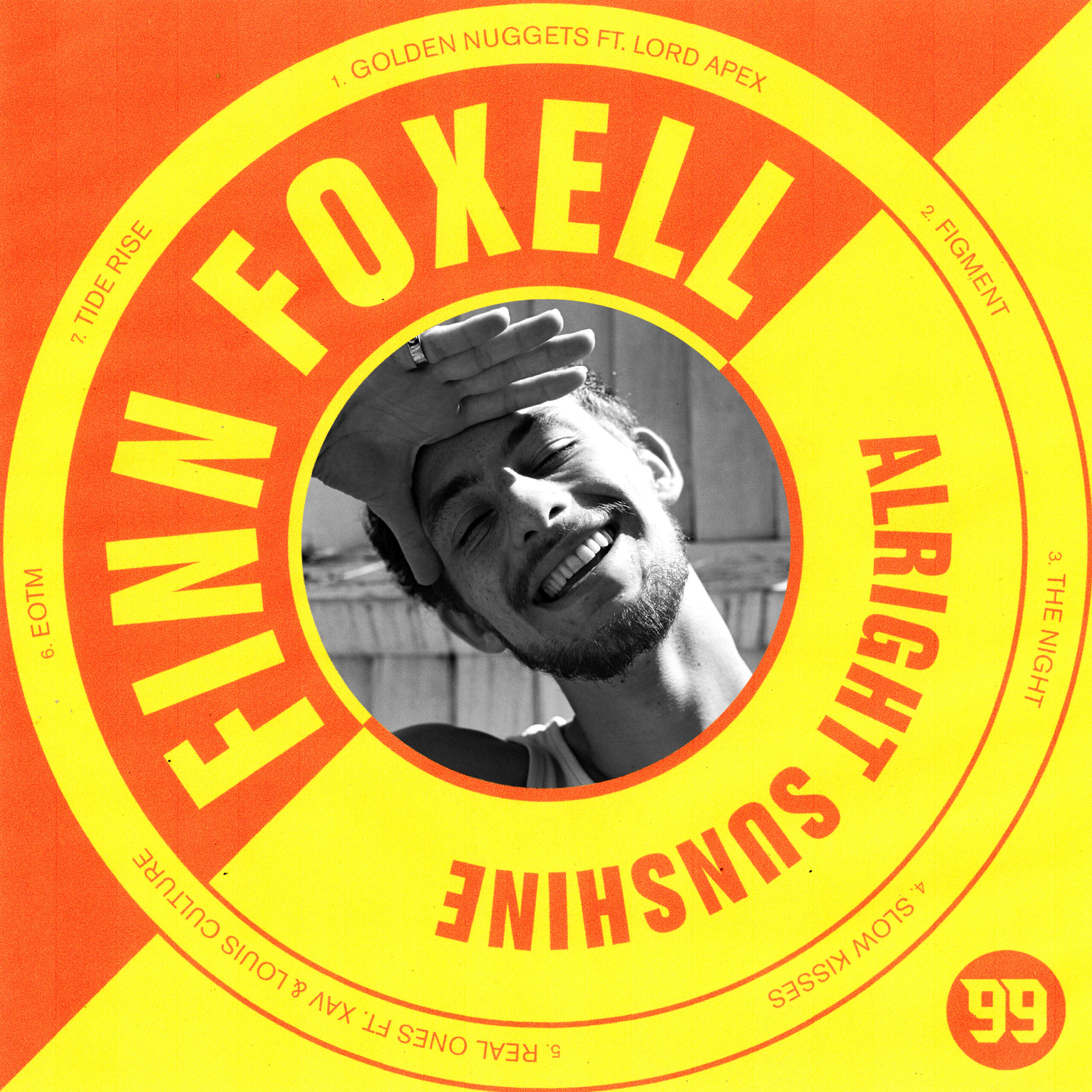 Flying the flag high for the nation’s rising alt-rap scene, west Londoner Finn Foxell leaves everything in the booth for his latest project Alright Sunshine.

Cultivating a sonic journey draped in nothing but versatility; veering from the rawest elements of rap, soothing soul, renegade rock and everything in between.

We’ve said it once and we’ll say it again, Finn only ever seems to release utter gems at this point and alongside his Elevation Meditation family and the unmatched talent that follows, it’s not too surprising why these lot are currently rolling out a revitalising sonic renaissance right before our very eyes.

Alright Sunshine presents Finn in nothing short of his bag; taking us on a captivating journey that weaves through a plethora of disciplines he’s embodied ever since exploring the sonic expansions of offerings like Good Tea and Talk Is Cheap. In doing so, putting the lulling emcee’s ever-growing arsenal on full-display for all to hear far and wide: vividly expressed within numbers such as the positively bone-chilling “The Night”, alongside the rock-infused sign-off “Tide Rise”.

Just surpassing the twenty-minute mark this tape kicks things off with a rosey offering; showcasing Finn breaking off into a chain of soft harmonies in the glimmering “Golden Nuggets”, before handing it off to the hyperbolic spitter Lord Apex to seal it off.

Seeking further features, Finn sources some impressive contributions from none other than the additional EM family members with XAV and Louis Culture on the captivating “Real Ones”; presenting the trio gliding through a soundscape ticking off way too many genres to list, as they provide some consoling vibes veering the tape’s sign off.

This project is filled to the brim with potential to take Finn alongside the rest of the rising UK scene to the universal stage – offering the people a one-of-a-kind touch that many have yet to be graced by.

If introspective pen-smithery, transcendental productions from p-rallel and all-around banging rhythms are for you; then ‘Alright Sunshine’ is the latest project you need to tap into!